Nicolás Maidana: Behind the scenes at Club Nacional

NICOLÁS MAIDANA has been a fitness coach at Club Nacional, the current Uruguayan champions, since January 2018.

Here he gives TGG the lowdown on a famous club, Uruguayan football, his work and philosophy, and coping during coronavirus.

Punching above our weight

Nicolás Maidana: People in Uruguay live and breathe football in a very passionate way, which is a big reason for the rich football history we have.

We have a population of less than 3.5 million, yet have won the World Cup twice, the Olympic Games twice and the Copa America 15 times. Really, it’s crazy, but this is what makes football the beautiful sport it is.

We also export top players year after year, including Luis Suarez, who was with Nacional from the ages of 14 to 19 before moving to Holland.

Our football DNA has traditionally been about a combative attitude, going on the front foot and emphasising the physical component of our game.

However, the profile of our players has changed a lot in recent years. Today, the Uruguay national team has midfield players like Federico Valverde (Real Madrid), Rodrigo Bentancur (Juventus), Lucas Torreira (Arsenal) and Matias Vecino (Inter Milan), who have supreme technical quality and game understanding allied to that traditional DNA I described above.

In our domestic league, we have players like Gabriel Neves, Santiago Rodriguez and Rodrigo Amaral, who combine Garra Charrua (the physical effort that Uruguayans put into the game) with elegance and exquisiteness.

I think partly has to do with the process that Oscar Washington Tabarez has been carrying out with the Uruguay national team since he became Head Coach in 2006, as well as the very good level of coaches we have, even in the minor divisions.

However, South American teams did used to beat the Europeans at both club and international level a lot more frequently than happens today. This is because of an increasingly big divide in finance I think.

Like everyone else, we have been victims of this terrible pandemic.

The Uruguayan championship and the Libertadores Cup had just started when this happened. At the end of March, it was announced that almost all of the staff at the Uruguayan Football Association, including Oscar Washington Tabarez, had been laid off because of the pandemic.

For a month or so we have been training together with the team on a virtual platform at Nacional. We train the different capacities through HIIT and strength work.

I have two thoughts about this: on one hand I think the players will come with a better fitness compared to when they return from close season, but on the other hand we are very concerned about the time they have gone without kicking a ball, sprinting or changing direction.

There is also a social side we are lacking. Seeing each other every day on the virtual platform is a way to keep that group energy burning, in addition to the communication we are having individually with staff and players every day.

The rumour is that we might return to compete in August, but it is not clear yet.

We have three fitness trainers at Nacional: one who is focused on recovery; another in the field and gym; and me (pictured), who focuses on the gym and load monitoring.

Then there is the medical area with physios and different specialists like the nutritionist and psychologist, and two video analysts.

In a typical day (if there is such a thing) we have three training sessions (depending on the day and type of week): a pre-training session to prepare for the field, the field session itself, and a post-training session. This last session is generally to focus on strength sessions.

In terms of training, I don’t think we are so far apart from European clubs.

We are in the information age and today we all more or less read the same things, via the internet and social media. A lot of the time I hear about the physical changes players face when they go to Europe, but it is not that they are doing magical things there, more that the demands from an organisational level are much higher, more is demanded of the player and the athlete is focused on 24/7.

I had the opportunity to meet Aston Villa last year through (Sporting Director) Suso García Pitarch and had the chance to witness the match against Liverpool. I really like the philosophy they have in the UK regarding strength training.

In a typical day I arrive at our sports city complex two hours before main training starts.

We meet as a staff and talk about the objectives of the session and I then prepare GPS for the players. An hour before training starts, I am already in the gym to do prehab exercises with the players.

During the main field session I carry out live GPS monitoring; after training, depending on the day of the week, I return to the gym to perform strength tasks with the players who need it.

Once this is all complete, I meet with the staff and we draw conclusions from the session and send the coaching staff a report of the day.

Obviously not everything is linear; it depends on whether it is a long or short week, when there are games, if we’re playing in the Copa Libertadores, and so on.

The content of the gym programme depends on who the player is, how old he is and what his needs are.

With older players, strength training is important because it helps protect them from muscular injuries and raises testosterone levels, which over time we know begin to drop.

With the youngest athletes, we must continue the work that our colleagues have done with them in the youth teams. Sometimes, players reach the first team and train just like a player who is close to retirement. From my perspective, that is a big mistake. 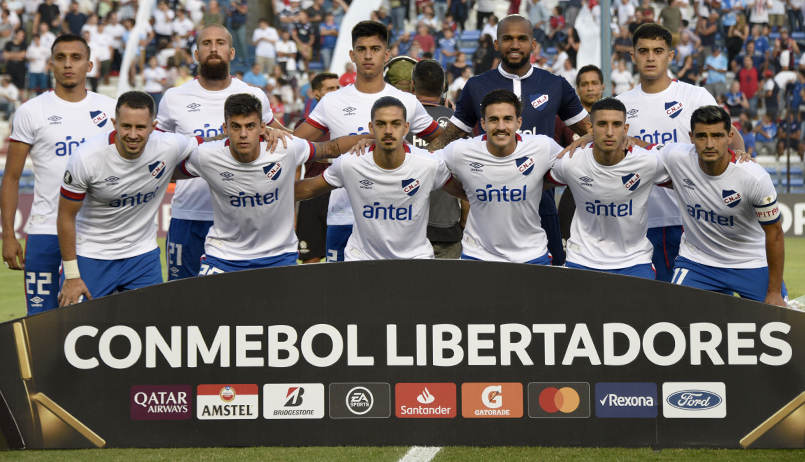 For example, a 19-year-old who reaches the first team has two objectives: training to compete and training to win. There can be a tendency to focus on the last and forget about the first, when both are equally important.

We must work so the athlete adapts as quickly as possible to professional football, preparing from a tactical and physical point of view, while also being aware that winning is ultimately what matters at senior level.

Tactical periodisation has been very beneficial for football because it gives a more holistic perspective, as well as giving a weekly order to coaches.

Football is a tactical and strategic sport par excellence, but is also increasingly demanding from a physical point of view.

The most important thing is not to hold too rigidly to any any one idea though, but to take something from several different methodologies in order to build your own work system.

The implementation of GPS has been a great help as it goes hand in hand with the methodological evolution that football has undergone.

Today, training focuses on the game; the intensity of the game is increasingly high; and more and more games are played, so the individualisation of workload together with other internal load monitoring tools has helped us to improve performance.

However, I also see that maybe we are putting limits on our players because of our desire to measure and quantify everything. When it comes to performance, there is no magic or exact figure.

One of our big goals is to find a balance between hard and soft skills.

We have to understand that we work with people, not robots, and that the dialogue with the player will often give us very enriching information and may even help us to solve a problem.

Today, the average age of the teams in Uruguay is often low and I think that in addition to being coaches we must always have our human and educator side as well.

Football is a sport where the social dimension is very important and we must work to create a good environment, as I am convinced this will help all of us a lot in our day-to-day work.