Monchi outlines his vision for Roma

FOLLOWING months of speculation, Monchi has finally been unveiled as Roma's new Sporting Director. The Spaniard has become an almost mystical figure, transforming Sevilla from Segunda División side into perennial European contenders.

At his first press conference at Trigoria, Monchi gave a fascinating insight into his methods. Here he is, in his own words:

Q: In Spain, you’re thought of as one of the best Sporting Directors in the world. Why did you choose Roma?

Monchi: "I don’t think of myself as the best Sporting Director in the world, but as someone who has had a lot of luck in their career, to which I have dedicated a lot of time and effort. It’s true that I received a lot of offers from other clubs that were certainly interesting because of their names and tradition.

Leaving Sevilla was a difficult choice, but once I took that step I had a clear picture of what I wanted straight away. Roma are a club with huge margins for growth. There’s a strong foundation here and we’re not starting from scratch. I think there’s huge potential for growth, which we should all be excited and dreaming about.

I understood straight away that I could be myself here. If Roma took an interest in me, it’s because I’m Monchi and so I’m confident I can be myself here."

You’ve come here to build for the future. In the meantime, what have you said to the team?

"I completely agree. I won’t have that much influence on this campaign. I don’t have a lot of time having joined right at the end of the season. I’m thinking more about the future than about the present. However, it’s also true that our future depends on the present and this applies to the club, and and everyone.

The future is exciting. We’re trying to get second place and direct qualification for the Champions League. As for what I can do to help now, I am totally at the club’s, the squad’s - everybody’s - disposal. Ever since I set foot inside this club, I’ve felt properly part of things. We shall build our future on the foundation of the present."

How can Roma get closer to Juventus? They seem untouchable.

"I know how Juventus have made it this far and where they can go. I’m ambitious by nature, I always have been, but this doesn’t mean I’m going to pull the wool over your eyes. Bridging the gap to Juventus won’t be easy - but nor is it impossible.

"In our squad right now, we’ve got great potential to narrow this gap. We must continue to work hard. It’s difficult but it’s not impossible. We can do it, especially with the foundations we have today. In the current squad, there are some excellent players for the future."

You transformed Sevilla into a winning club. Do you see any similarities between the two clubs? And what is the secret to your work?

"I don’t believe there is any secret to my work. There are no magic formulas, otherwise I would have sold them already. There are no identical clubs in the world, they all have their own character. In Spain, I was often asked what my secret was and I always gave a fairly unoriginal answer: working hard.

What does working hard mean? It’s not just about buying players and watching games. I believe Roma fans deserve to see their dreams come true, so we all have to help the club – all of us. If we’re not going in the same direction, we won’t achieve our aims. We all must work hard. You’ll get to know me in time. My aim is to bring everyone together – from James Pallotta [the American chairman of Roma] to every single employee and right down to myself – in order to achieve the same objective. This is the first step towards achieving success."

What is your position on the future of head coach Luciano Spalletti?

"I’ll tell you a story, a secret rather: the first time I received a call asking me to weigh up the possibility of coming to Roma, I spent the night thinking about the pros and cons. 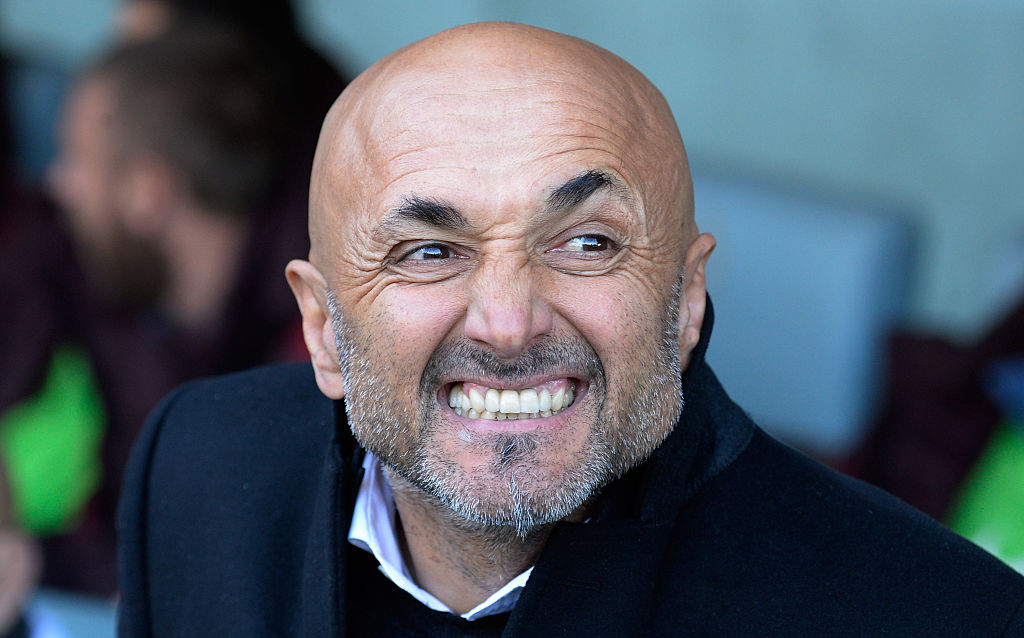 The negatives were merely to do with leaving Sevilla, which was difficult because it’s been my home for so many years. There were many positives, but one that I’ll say now was Luciano Spalletti and the idea of being able to work with him, the excitement of being on his side.

I think he’s a very important coach. I will try to make this happen, but for now we mustn’t get distracted, we don’t have a second to lose. What matters now is the remaining fixtures. I still have hope he’ll stay with us, because he was one of the reasons that attracted me here. I’ll give it a go with passion and enthusiasm - let’s see if I manage."

"It’s the first time I’ve left Sevilla, not just as Sporting Director but in every sense. I first joined the club at 19 years old and obviously the unknown can be frightening at the start, but not in my wildest dream could I have imagined a better welcome than the one I received here from the club. A lot was done to prepare for my arrival and I’d like to thank everybody involved. It made everything so much easier. It’s as if we started 1-0 up as far as I’m concerned."

How much did Franco Baldini have an effect your decision to come to Roma?

"I don’t know how to put it: Roma had an effect on me. Franco Baldini [former Roma Sporting Director] was the person I spoke to and the person who took on Pallotta’s request to get in contact, but I didn’t fall for Baldini, I fell for Roma."

Are there two transfer strategies based on whether the club finishes second or third in Serie A?

"I’m doing three intensive courses at the moment: one in Italian, another to get to know the names of everyone at the club and the third in ambition. Roma are an ambitious club from top to bottom. Obviously qualifying for the Champions League will open the door to better revenue, but money isn’t everything. It helps but it isn’t everything. We need to concern ourselves with qualifying for the Champions League to help the prestige and growth of the Roma brand and attract big players.

This concern is not connected to money: money can supplement hard work, but we’ll try to hit this target because of its prestige. As long as we haven’t done so, we’ll continue to roll up our sleeves and get down to work."

You had to sell players for financial reasons at Sevilla. Will you need to adopt the same strategy at Roma?

"It was a necessary strategy at Sevilla because we had to hit a series of financial targets. It was difficult, but luckily we managed to hit those targets and generate income. However, this is only a partial analysis of the situation. What made Sevilla a good side was the sporting success.

We shall develop a strategy to achieve sporting success here too. For now, I’ll try to analyse the question and I’ll say one thing straight away: the biggest problem in our job is not selling but buying badly. We will all work together to come up with one shared strategy to achieve success. Do you really believe I've left my home to come here and not win?"

Is ‘unsellable’ a word that exists for you?

"I told you I won’t pull the wool over your eyes: so personally I don’t believe any player is unsellable. Evidently, some are more important than others. In any case, I’m not saying that Roma will have to sell. Roma will analyse all the offers that arrive in both economic and sporting terms. Roma don’t have a billboard that says, ‘we’re here to sell’, but one that says, ‘we’re here to win’. No one is sellable and no one is unsellable. As for my approach to work, you’d need a sit-down interview for that."

At Roma, will you continue to look for players like Dani Alves, who developed into an incredible star, or will there ever be a chance to buy a ready-made player like Gonzalo Higuain?

"I like working with young players and buying young players, but it’s not an obsession of mine. We have one objective, which is that the players we want to buy must have two qualities: ability and hunger to win. Desire, will and enthusiasm – it’s all the same whether you’re 19 or 28. This is what we need to go for."