Dodds has worked for Birmingham since 2009

WHEN Mike Dodds describes his introduction as Birmingham City Academy Manager as “the craziest 48 hours of my life”, you don’t doubt him for a second.

A day before his appointment was announced, on December 8th last year, reports had emerged that the club were planning to scrap their youth programme below the Under-17s.

Birmingham subsequently released a statement which only served to fan those flames, admitting they were looking at “remodelling the Academy system” and introducing B and C teams.

Less than 24 hours later came another club statement, this time insisting it was “business as usual” for the youth set-up and confirming the appointment of Dodds as Academy Manager following the exit of Kristjaan Speakman to Sunderland a week earlier.

Little wonder that players, parents and fans were confused and concerned. Since then, there have been reports of a firesale of the club’s best young talent following the departure of 15-year-old Calum Scanlon to Liverpool last month, which is why Dodds has decided to speak to TGG in his first interview as Academy Manager.

“There is a developing narrative that the Academy is failing, which is just not the case at all,” the 34-year-old says. “What I can tell people are the facts, which are no different from what I’ve told the parents and staff. At least then it’s out there.”

So, first of all, what was the story behind those two club statements, published within the space of 24 hours, one announcing the downgrading of the Academy and the other its elevation?

Both came via the club’s Board, the members of which are all based in China. By this time, Dodds had already agreed to take over from Speakman, who had moved to Sunderland as Sporting Director a week earlier.

That evening there was a Zoom call between the Board and Senior Academy Management Team, which also includes Stuart English (Head of Academy Football Operations and Coaching), Mark Sinclair (Head of Operations and Development) and Simon Jones (Head of Youth Recruitment and Emerging Talent).

“They said, ‘Look, these are our plans,' and that the Academy was an integral part," reveals Dodds, who was previously Professional Development Phase lead at the club. "They mentioned about the B and C team stuff and remaining committed to going Cat 1.

“I said I was still happy to take over from Kristjaan provided there was a clear club statement that the programme was continuing as normal and that we were going Cat 1.”

Next day, December 8th, a club statement went out reiterating those same points as well as announcing Dodds’ appointment.

Since then, the Board has backed up its commitment to the Cat 1 application, says Dodds, who has worked for the club since 2009. Last week they signed off on new floodlights for the Academy’s 3G pitches, which “are one of the big things we need to do to go Cat 1.”

“You cannot go Cat 1 without outdoor floodlight facilities,” Dodds explains. “The Board signed that off straight away and it’s a significant investment. Hopefully work on that will begin next week and by the time the kids come back after lockdown they will see new floodlights.”

On Monday, Tuesday and Wednesday this week the Premier League auditors visited the club and “the verbal feedback at the end was very positive.”

“There are a couple of operational processes we need to be tighter on, but they said the day-to-day work we’re doing and the detail of it is strong.”

The next stage of the application will be a standards audit in mid-February and the Premier League are “tying up exactly how that will be done during lockdown.” 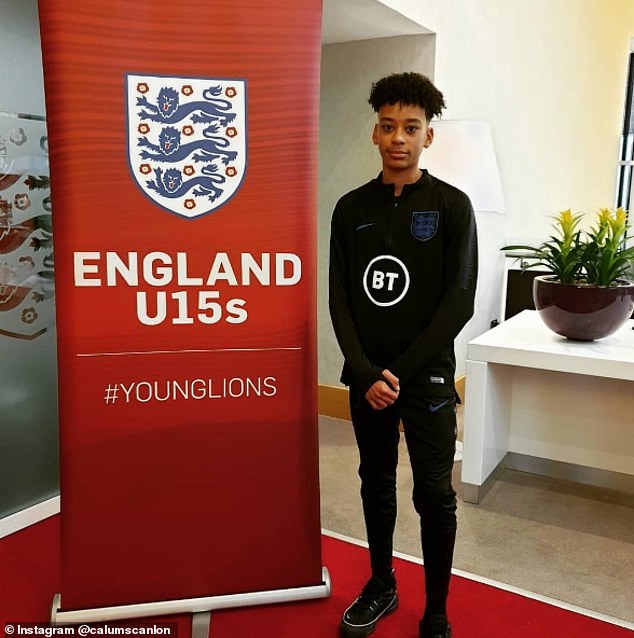 At the end of the January transfer window, Dodds will also deliver further proposals to the Board, including “a new S&C facility and rehousing the staff in another building.”

And what about the club’s best young talent being up for sale following the departure of England youth international Scanlon (pictured) to Liverpool last month?

“We don’t want to lose our best players, we really don’t,” says Dodds, “but the truth and reality for us, as for any other club, is that every player has a projected value.

“That’s true for the best Academies in the world, like Chelsea, who get value from the loan market or selling players on. Every player has a value.

“We wanted Calum to stay at the football club, because he’s a very good player and a good lad with a very nice family. We offered him a scholarship and he didn’t sign it.

“He wanted to go and Liverpool conducted themselves in the best way possible. This is the industry we are in.

“The fact we are currently Cat 2, the rules are stacked against us on this, and I’m not the only person who will tell you this.

“If a Cat 1 club comes in and hits the compensation figure, there’s not a lot you can do. The sale was an Academy decision, not a Board decision, and it’s the reality of the industry - whether a player is 15 or 35 they have a value.”

At the moment Dodds and his staff are cracking on with providing an Academy programme as best as they can during Covid and progressing with the Cat 1 application. It’s hoped that their elevation to the top tier will be granted in the summer.

Communicating with a Board based in China must be difficult, especially when there isn’t a Technical Director on the ground, but Dodds says Ren is “always very responsive” and has been supportive since he took on the job.

“We’ve got a very good staff here, very good players and, speaking from my side of the fence, the Board is supporting what we’re doing,” Dodds says. “The narrative that we’re failing is very wide of the mark."