Micciche: Vision was there but results are key

WHEN Dan Micciche was appointed MK Dons manager in January, owner Pete Winkelman hailed him as “one of the most exciting young coaches in the country”.

Micciche, the former England Under-16 coach, tells TGG: “Results are everything, especially when you're in a relegation battle, and I'm sorry it didn't work out. I desperately wanted to do well for the club and I put every ounce of myself into it."

His former assistant, Keith Millen, will take charge of the side when they travel to Bradford tonight, knowing victory is needed to keep them in the division.

“We’re not down yet and I'll be rooting for Keith and the team for the final few games," Micciche adds.

When we spoke yesterday, Micciche admitted his sacking "hadn't really sunk in yet" and reflected on his three months at the helm of a club that's close to his heart.

DM: "My one regret is the number of chances we missed. The style of play, the effort, the training, were all good. We just missed too many chances. Doncaster was a good example. We had 17 shots and 12 of them were chances. We only scored one. Doncaster had two shots and scored two goals.

It’s might be a cliché, but goals change games. We were creating chances, which is the hardest thing to do in football. The 3-diamond-3 formation worked well and we were breaking lines and creating overloads.

It was only a few weeks ago that I was nominated for Manager of the Month (for March). If we’d drawn at Blackburn, as we should have, I might have even won it. But in the 88th and 91st minutes we had chances from six yards out and shot straight at the keeper. The margin between success and failure is so thin."

DM: "I felt a responsibility for the other youth coaches wanting to get that opportunity in senior football. I wanted to do well for them too. I felt I adapted well and don't doubt that youth coaches can successfully make the transition.

There are significant differences between youth and senior football though. You have to really respect what might be regarded as the more prosaic things - the closing down, the importance of set pieces, sliding tackles, physicality and so on - because they can take you a long way.

Probably the biggest difference of all is that a lot of your players won’t love you. In youth football, the players get the same treatment and same game time. In the seniors, you’re always going to have to leave 10 of them out. They can’t love you – in fact some of them will hate you.

I used to tell them individually if they were out of the team. I think they respect you for that, but you still can't expect them to like you for it. They can love the assistant, but not you. It’s very difficult to have that same close connection with them. You’re also pulled into so many things – media, fans' forums, business lunches with sponsors - as well as training.

I think a Sporting Director can help the transition, someone who understands football. I remember going to Augsburg and they had two Sporting Directors, including Stefan Reuter, who's a World Cup winner. They promoted the manager from the Academy (Manuel Baum) and it's working well for them." 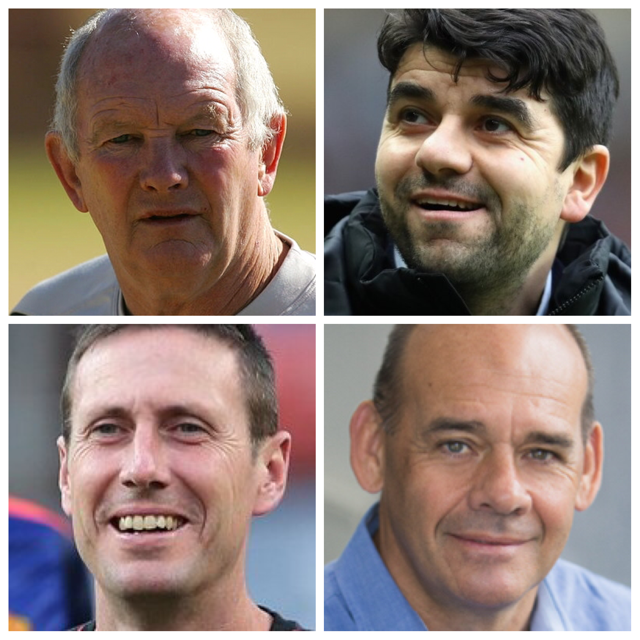 Dan Micciche will be one of the panellists at TGG Live: Cohesive Coaching on June 20. Find out more HERE.

DM: "I brought in a ball-striking coach, a psychologist and opposition scout. Matt Willmott and Liam Sweeting came in too. We were building a good backroom team.

We used a multi-disciplinary approach in training and the players were enjoying it. Nigel Reo-Coker, who has very good standards and is a leader, came in and we involved him in the coaching team. The style of play I wanted was developing too, although you have to adapt to the situation you're in.

All I was trying to do was get to the summer and build even more. But bang – you're in a relegation battle. Results are everything, of course they are. I knew that when I came in and we didn't quite make it."

DM: "Nothing can take away the feeling of looking up in the stands and seeing my wife and three kids, who are six, four and two, up there on a matchday. My kids had never even been to a game before. I live in the town and have a long history with the club.

There's also a real managers' union. Even though there’s ruthlessness during the games, you have a beer together afterwards. I’ve got a lot of respect for the likes of Tony Mowbray, Darren Ferguson, Carl Robinson, Paul Cook – the list goes on.

People might underestimate the tactical ability at this level. There were games where the managers were changing tactics several times, responding to what you’re doing and vice versa. They were all good to me.

The supporters were good too and I thank them for that. At Fleetwood (after a 1-1 draw - right), security asked it I wanted escorting off the pitch because tempers were running high, but I said, 'no, I'll go and speak to them,' and I think they appreciated that.

Lots of better managers than me have had setbacks and sackings. I want the best for the club - for the rest of this season and beyond. I'd like nothing more than to see them back where they belong."

Dan Micciche will be one of the panellists at Cohesive Coaching in Manchester on June 20.