Meulensteen: How to develop a young gem like Rashford

Rashford joined United's Academy at the age of seven

RENE MEULENSTEEN worked with Manchester United's Academy for five years, helping develop talents including Marcus Rashford and Jesse Lingard, before moving onto the first team. The Dutchman told TGG about his methods and philosophy with young players.

Rene Meulensteen: At a very early age, about 16, I got involved in coaching at De Treffers and had my first team, the Under-8s. This is something that happens a lot in Holland. It means you start learning early, you gain leadership and responsibility skills, you think about the game more, and you appreciate what your own manager is trying to tell you. It makes a lot of sense. I think that should happen more in England.

It was at this age that I picked up a book from a village near where I lived called ‘Coerver Coaching’. It changed my life and became the foundation of my beliefs in football, including when I was at Manchester United.

The book had the plan for the ideal footballer and you didn’t need a university degree to understand it. Wiel Coerver had looked at all the best players in the world – Eusebio, George Best, Diego Maradona, Bobby Charlton – and concluded they had a skill level others didn’t possess.

He studied their moves and skills and broke them down into a series of pictures: so the scissors would be explained in a sequence of four photos, for example. Then you would go away and learn the elements over and over again until you had perfected them. I started to teach this to my eight year olds at De Treffers and it worked a treat, absolutely brilliant.

I also brought the methods to my own game. I wasn’t the most explosive or quickest midfielder, but I became very good at changing the angle. If you do it at the right time and are quick enough, no-one can touch you. I remember facing Frans Thijsen when he was 37 and playing for Vitesse Arnhem and he was on a different level to anyone else - inside hooks, outside hooks, moving, changing the angles. Absolutely fantastic. 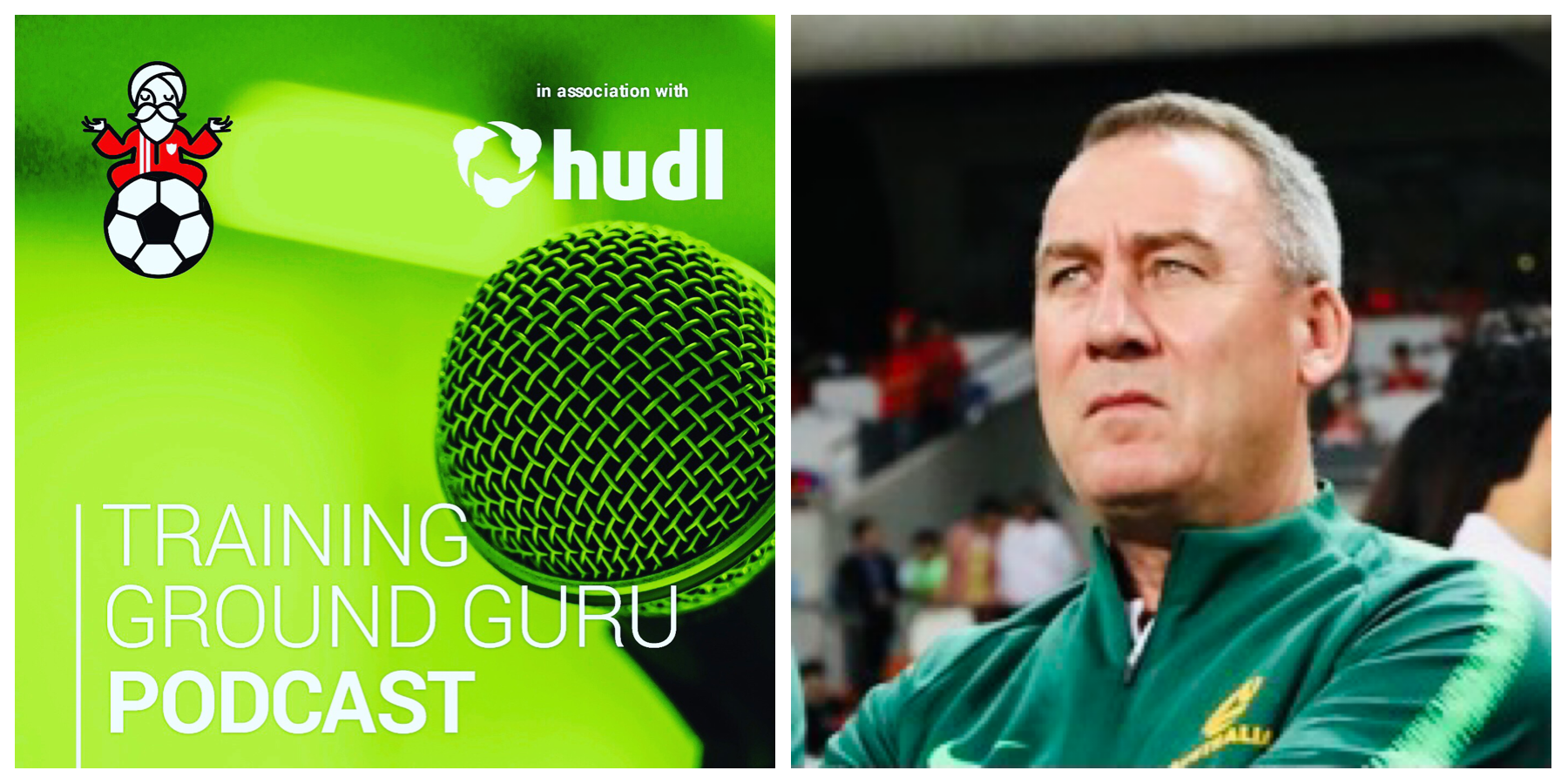 WATCH: Be part of the audience for Rene Meulensteen podcast/ Q&A on April 25th

By my late twenties, I was determined to become a coach. I was playing for NEC Neijmeigen and doing some work with my uncle in the factory, so I understood what it’s like to work eight to five. I decided to get in contact with my hero, Coerver, and ran up a phone bill you would not believe, because he was in Dubai and I was in Holland. Even to this day I have never showed it to my wife!

Over time I built up a good relationship with Wiel and in 1993 he asked me to become his assistant with the Qatari FA. That was a dream. We produced another DVD called The Creative Dribbler and worked with him for four years before I became national Under-16s coach.

In Qatar, I’d become friends with the Tottenham and Scotland legend Dave McKay. He was my neighbour and work colleague, because I assisted him with the Under-17s. I didn’t know that on his own initiative he had phoned Sir Alex Ferguson to recommend me for the skills job.

Sir Alex said first he wanted to meet to look me in the eye - something he did before any appointment, be it a coach or a player - and I was given the job.

I was responsible for introducing a high level of skill to the young kids and educating the coaches. We had about 20 development centres in and around Manchester, but they were doing the wrong things. I had to fine-tune them, so the programmes were the same, as well as educating the coaches and scouts. We didn’t want scouts who just looked for players who were strong and physical, we wanted to focus on technical skills and creativity.

Coaching is about creating repetition and success. This is what Coerver emphasised. So you teach the kids something new – which they will put their own spin on - and they learn by repetition. Then they have success. Repetition might sound boring, but it isn’t - the kids love playing with the ball and mastering a skill.

You also need that repetition in games.

There is no point having a lot of exercises working with the ball individually and then playing eight v eight, because the kids will hardly touch the ball.

Coerver was still at the heart of what I did. The training was based on skills development - dribbling, taking players on, freeing yourself up with a little Cruyff turn or a little stepover. Those skills needed to be learnt in in the early years, between six and nine, and reinforced from nine to 14.

You then transfer the skills to small-sided games, to one v ones, two v twos, four v threes and so on. I wanted to take away the culture of eight v eights straight away. If you want to teach young kids how to play volleyball, would you put the net as high as it is for the adults? No, because you need to get the technique right first. For me, it’s common sense, but a lot of people don’t seem to get common sense.

At Littleton Road, we had 10 pitches and everyone was involved and playing. There were no substitutes; there was no hanging around. Over time we started to convince other teams and clubs that this was the best environment for youth development.

Jesse Lingard was one of the first players I worked with, in the under nines. He had great ability and a great attitude. I also had Ryan Tunnicliffe, Larnell Cole, Ravel Morrison, Michael Keane, Will Keane. Morrison - wow, there was so much he could do. Ben Pearson was in the age group behind, as were Josh Harrop, Danny Welbeck, Tom Cleverly and James Wilson.

After that came Marcus Rashford. One or two are regulars for Man United, others have played for their countries, but all of them will have very good careers.

You need to have the element of streaming, to make sure kids are playing at the right level, rather than a level based purely on their age. If you are too good for your age, like a Marcus Rashford or Ravel Morrison, then get up. England is still using the August/ September birthday, where the rest of the world is using January.

The younger kids are, the more you need to stream them, because six months can make a lot of difference at seven years of age.

The biggest problem in grassroots football here in England is the facilities – they’re crap. For young kids here in Wilmslow to play, first you have to get the dog shit off the pitch, the grass is too long, there is chewing gum all over the place.

When Trevor Brooking [the then Director of Football Development for the FA] came to Carrington I said, ‘come to Holland, rent a bike, cycle three miles in any direction and you will find a club with fantastic facilities. There will be a fantastic clubhouse, artificial pitches, floodlights. This is what you have to try and get too.’

Here, where I live, you drive around the M60 and see 40 fields, all in a poor state. The youth are playing on rubbish pitches, crap. And look at all the money that goes into the Football Association - where does it go? The Academies are all up to standard, but you have to widen the base. Grassroots is key.

You need to show young players that there is a pathway right the way up from the Under-9s to the first team - if they work hard and are good enough. It’s incredibly difficult, but the chance is there. And that’s where Man United were so good.

That’s why it was such a big thing that Sir Alex showed a keen interest in what we were doing. It really helped me a lot. He came up to Littleton Road at least three or four times a season to see at first hand what we were doing. After he came up that first October, he saw an enormous difference in January, and again in April. In May we had a real long chat about what I was doing and how I saw things. We were trying to develop these kids for 10 years’ time.

Obviously the demands would grow and a lot of things would change, but one element was always going to stay the same – the need for players with technical skills and the ability to beat a man. When you talk about the best - Eusebio, Diego Maradona, Johann Cruyff, Pele, George Best and now Cristiano Ronaldo and Lionel Messi – they all have those qualities. And that was what excited Sir Alex. You need to instil those attributes in players, otherwise you will always be sitting back and depending on this mythical thing called god given talent.