The 63-year-old has been appointed as United’s boss to the end of the season. After that he will take on a consultancy role at Old Trafford for two years.

Mertesacker, 37, was handed his senior debut by Rangnick back in November 2003, when he was an 18-year-old coming through the ranks at Hannover 96, and subsequently went on to win 104 international caps, a World Cup winner’s medal and was an Arsenal player for seven years.

Speaking at TGG’s Youth Development Webinar on Tuesday, Mertesacker said: “I’ve got a few stories on Ralf, because he gave me my debut as a Bundesliga player, as a right-back.

“I’ve always played centre-back in my life and the day before my debut he said: ‘Listen, you’re going to play right-back tomorrow against Cologne.’ I only lasted 45 minutes, because, as a centre-half, you’re not used to that kind of running behind people and running back and forth.

"I struggled big time and was subbed after 45 minutes. That was Ralf sometimes. He was the same guy who went with me to my school and said: ‘Per’s a really good footballer, but he’ll finish his A Levels. We need to find a balance between football and school.' That was when I was 19.

“I will never forget that he went with me to my school, that he gave me a real insight into what it needs to be a top pro. When I look back, these moments made me, instead of me sloping away.

“He really cared for a young guy who made a couple of minor mistakes but were crucial in the way forward. I finished my A Levels, put in my all, and then started my career.

“My second appearance was half a year later, so I struggled a lot. 'When is my next chance going to come?' He gave me my next chance when it was his last game for Hannover.

“He put me in because he knew this is probably going to be my last game, you’re a young player, and this really helped me when the next appointment came in. You kind of trust the last team that was playing. So he gave me the platform. Ralf was crucial for me, he was an amazing role model.

“Once he was gone, he kind of left me an open field with the knowledge he gave to me. Since then we have always kept in contact."

Mertesacker, who has been Arsenal’s Academy Manager since July 2018, added that Rangnick had given him a few “bollockings” in his early years as a pro. 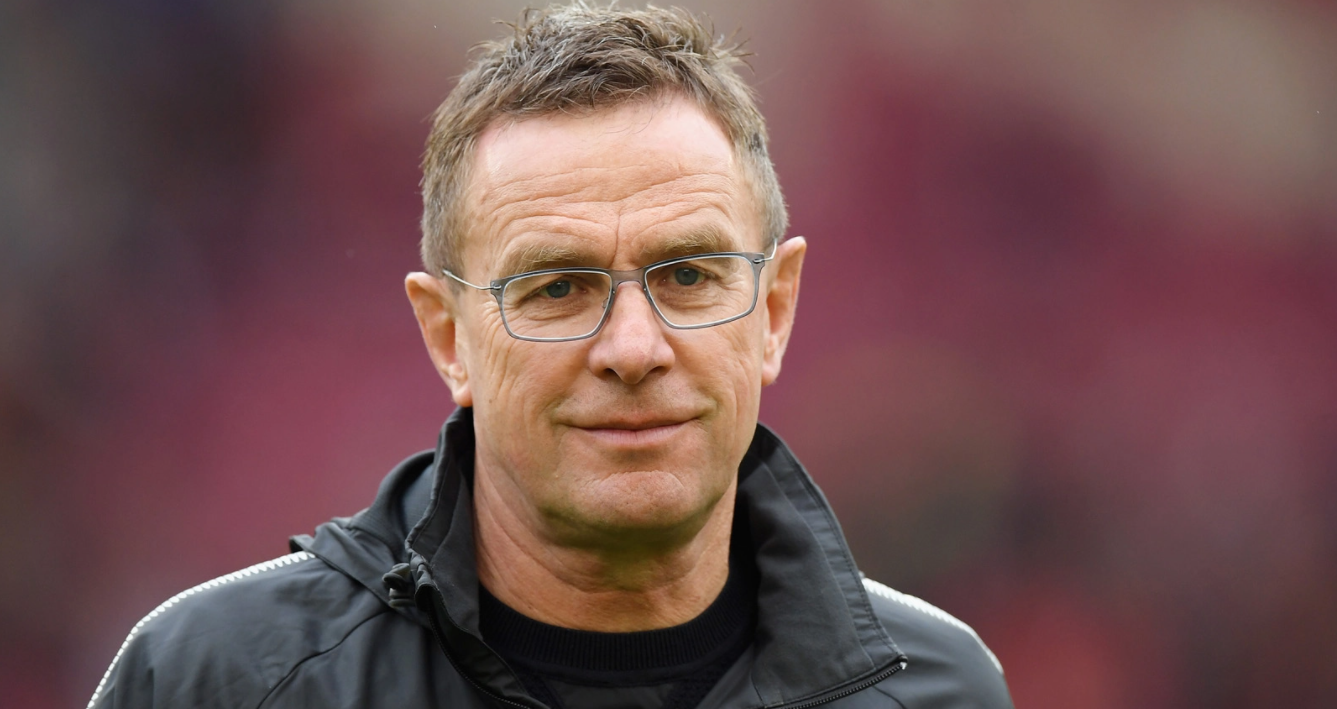 “Where I used to have nutrition setbacks - like eating a donor kebab in the classroom and the next day I got the biggest bollocking in the world,” he said. “I still remember to this day he’s sitting next to me and says: ‘If you do that again and not take care of your nutrition you’ll be gone.’

“He taught me a real lesson. The funny thing, when he saw me eating it, he didn’t say it in the moment, because everyone was gone already. The next day he came in, spoke to the whole squad first - ‘this is important, nutrition’ - and afterward he said, ‘You, come into my office.’ Slowly the penny dropped that something was wrong.

“These moments, when a coach and a mentor is next to you and supports you and is giving you the right triggers, you can quickly learn from.”

United take on Arsenal in the Premier League at Old Trafford tonight and Rangnick will be watching from the stands, having been granted his work permit today. Tomorrow he will give his first press conference for the club and on Sunday he will take charge of his first game, against Crystal Palace.

Rangnick has worked as a Sporting Director in recent years, for the Red Bull group and then at Lokomotiv Moscow, but Mertesacker said he still regards his mentor as a coach first and foremost.

“He has developed himself into a fantastic Sporting Director, however I would say I always thought he’s a coach,” he said. “His real passion was always coaching the game and being a real man of insight.

“For me, coming into a training session, he was there, he was present, he was intense. Especially on the back four he taught me all the main principles I needed for the next stage of my career.

“I think deep down inside he is a coach and has skilled up himself as a Technical Director, so Manchester United will get a good package.”

However, the German admitted that reputations count for nothing at the top end of the Premier League.

“Coming into England I had 60 or 70 caps for Germany, no-one cared,” he said. “No-one cared what I’d done anywhere else. If you come to England, no-one cares what you’ve done, you’ve got to earn the trust from the people within.

“I didn’t earn the trust in the first year, because I did a lot of mistakes, I was overwhelmed with the tempo and the people that played in the Premier League. So he (Rangnick) needs to make sure he earns the trust of the players, which I think he will, because he has such a knowledge of the game.

“I think he was an English teacher, so his language skills is crucial, the communication skills is brilliant.”