Campodonico is the founder and CEO of Wyscout

MATTEO CAMPODONICO founded the scouting and analysis platform Wyscout in Italy in 2004.

Today, the software is used by more than 1,000 professional clubs around the world and analyses 1,500 games per week. In July, the company was bought by Hudl to create “the most comprehensive football video analysis, data and recruitment platform in the industry”.

Campodonico told the Training Ground Guru Podcast how he came up with the idea for Wyscout, how clubs use it and why he believes Big Data will transform the way it is used. Leeds United’s Sporting Director Victor Orta also shared some of his own personal experiences of Wyscout during the pod.

You can listen to the full interview with Campodonico in the embed below, from 52:33, and read what he had to say after that.

Matteo Campodonico: I had a coach who used to show me analysis through video. He would record the opponent and show me, but it was VHS and the process was so complicated. He couldn’t find the right moment or the starting point of the video. When I stopped playing, I was a business analyst in a bank and got the idea to do what my coach used to do, but with technology.

I bought a camera with a friend (Simone Falzetti) and we started to film local amateur games and analyse them. Incredibly, the coaches started to pay something for them.

So we tried to present some analysis to professional clubs. Simone and I are Genoa fans. We waited for their coach at the entrance to the training ground one day and gave him a DVD with our best analysis. The coach watched the DVD and liked it a lot. He said he wanted us to be at the stadium to start working for him. Suddenly our hobby was transferred into a job.

We realised that clubs scouted a player in only two ways. The first was by going to the stadium. But imagine going to Brazil and the player is injured, or the pitch is not so good. The second was on a DVD prepared by the agent, so every player is good! We realised there was a space to create a super database, with video and objective stats and to sell this to the clubs. 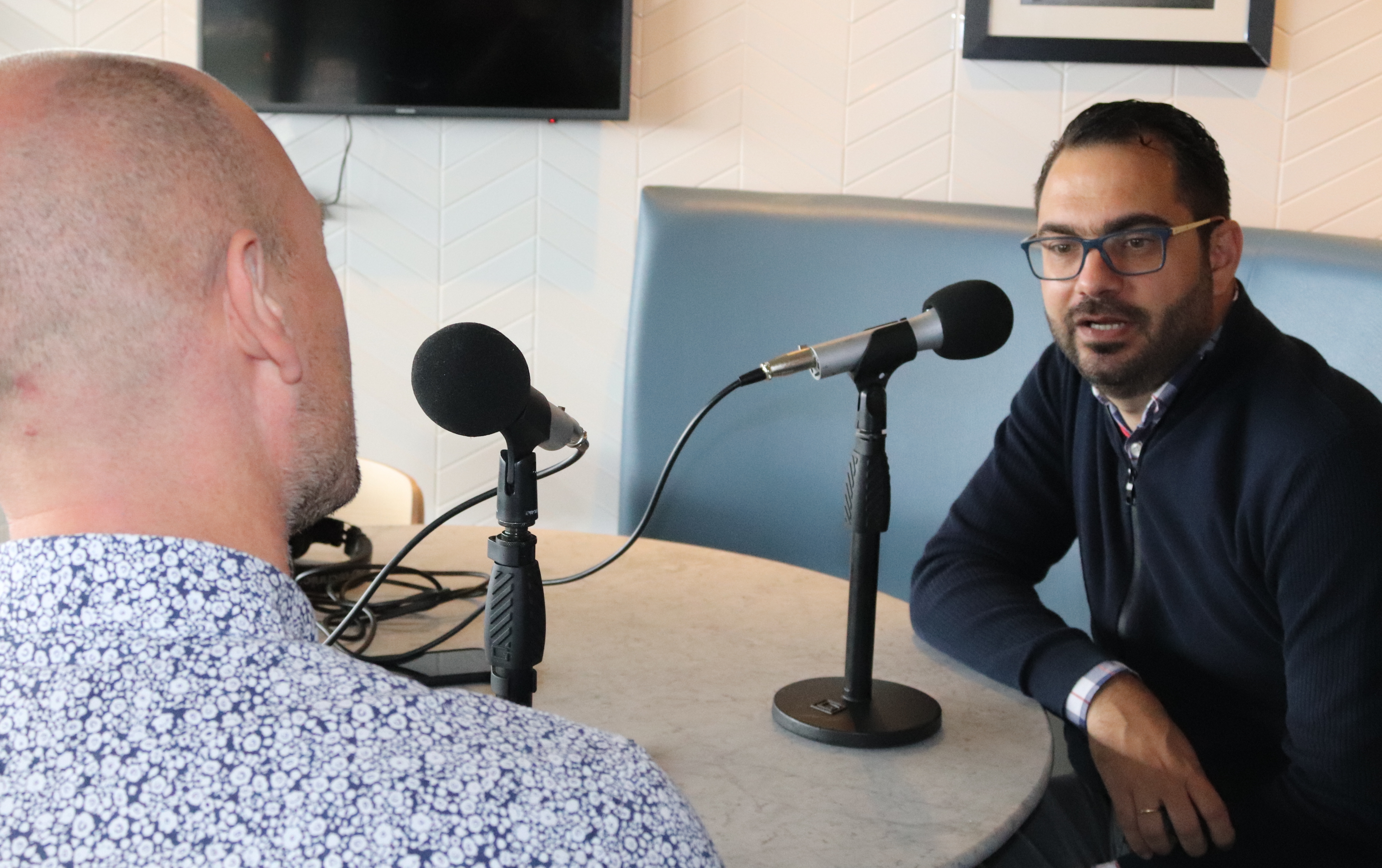 Victor Orta: For me, Wyscout changed football. In my first period with Monchi (at Seville), we were recording games from strange leagues, which a lot of teams did not have. We had DVDs. Arrive Wyscout, arrive the revolution. I remember the first decoder, it was crazy. I was in the start and know what happened during the process. They deserve all the success they have.

Matteo Campodonico: Wyscout became a commodity. For professional teams, it is a must for them. We have more than 1,000 teams using Wyscout.

Any coach can open a PC, a mobile, and click and watch. Players are using Wyscout and also referees, At the World Cup, they prepared the game using Wyscout. If you are the referee in a Europa League game with a Slovenian club, you have to study - whether the players are used to protesting, which way they take the corners and so on. And of course Sporting Directors and Heads of Recruitment.

There are different level. Today, Wyscout has two values - the first is the video database. You can find any type of player who can be professional, with their video. The second value is data. Today, big data is the new big thing in football.

BEING BOUGHT BY HUDL

Matteo Campodonico: Wyscout and Hudl are complimentary. Wyscout is a super database of video and data, but every coach has his own vision of the game. This is what Hudl is offering.

Combining the database of Wyscout and the software of Hudl - in particular Sportscode - the job of a coach and performance analyst will become easier and easier. It will be curious to see how many hours will be saved by the integration of our products. Say you have to analyse a game in League Two in England. If you have only Wyscout, you have to download a 90-minute video and import the information into software.

Tomorrow, you will be able to open directly Sportscode and the video will already be available, the tagging will be already available. AI and machine learning will help you prepare your analysis and concentrate on the game, instead of uploading or downloading or capturing video. We want football people involved in football, not concerned with technology.

Matteo Campodonico: The big challenge for all tech companies working in the sports tech industry is data. There is a hidden value that in the next year will be shown. Data must be understood, shown in the right way and interpreted. It must be part of the organisation and part of the way coaches are selected. Today, coaches are selected without watching any kind of data, mostly. Very few clubs checked the data before hiring a coach. I am pretty sure that will become something very common. The data can tell you whether a coach is good or not.

Victor Orta: One situation in modern football is that all the information is there, even cheap. I remember in the past, Amisco was really expensive. Even Seville could not pay for it. In the past, this was decisive. Now, all the tools are cheap, all the people have access to information. So you need to convert this information to knowledge: useful knowledge for you, with a really good filter.

Matteo Campodonico: We are doing research with the University of Pisa. The goal is to try and measure performances, to rank a performance or a player. This is not something we are putting in our platform right now, because you need to research a lot before looking to transform something into a product.

Football is becoming more like finance and Wyscout is becoming similar to Bloomberg. When you buy a share, you go to Bloomberg and see the performance for the last six months and can see the peaks and compare to other shares. This is what is happening in football.

I am pretty sure this will become integrated into the scouting process sooner rather than later, for every club in the world. There are a few clubs already doing that, creating their own algorithm to evaluate players, but very few at the moment.

Victor Orta: I have two algorithms I am really happy with, because they are tailored for me, for Marcelo Bielsa’s style. (For the algorithm) we decide around 80 stats and decide the weight of each. Then we have all the stats and can determine what players can be really good for us.”