Martyn Pert: Bielsa, Shaq and my journey in football

HAVING played alongside Danny Mills and Craig Bellamy in the Norwich City youth ranks, Martyn Pert realised his playing career was over by the age of 20.

He enrolled on a management accountancy degree course at Loughborough University, but some sage advice from his grandad stuck in his mind - "Whatever you do, do it with enthusiasm."

"I thought, ‘this ain’t for me,’" Pert remembered in a an interview with Sideline Stories, which you can listen to below. "What my grandad had said rang home. I thought, ‘I want to do something I enjoy for the rest of my life, I’m going to be a football manager.

"My mates laughed when I told them. They wanted to work for Goldman Sachs and Price Waterhouse Cooper. But I can remember my grandad getting me my first tactics book at 13 and my mum saying I was already picking teams from that age.

This is the story of the lengths Pert was willing to go to to realise his dream, and why he's now one of Ole Gunnar Solskjaer's trusted assistants at Manchester United.

Martyn Pert: I wrote letters to all the big clubs and didn’t get replies, so I wrote another and another, until they got back to me and said, ‘you can come and watch training.’

I saved the money, got in my Ford Fiesta and went for 16 weeks around Europe - to Brondby, Ajax, Heerenveen, Borussia Dortmund, Bayern Munich, AC Milan.

I was in a tent, going to the clubs in the day before coming back at night. I met the youth team director at Bayern Munich, sat down in his office. He was genuinely excited I was there. I met Franco Baresi in Italy - we sat down for a coffee.

I did a report afterwards, while I finished my final year at University, and sent it to different teams, including a friend of mine at Peterborough United, who gave it to their youth coach, Aidy Boothroyd.

He got in contact and is the one who really helped me on my way. 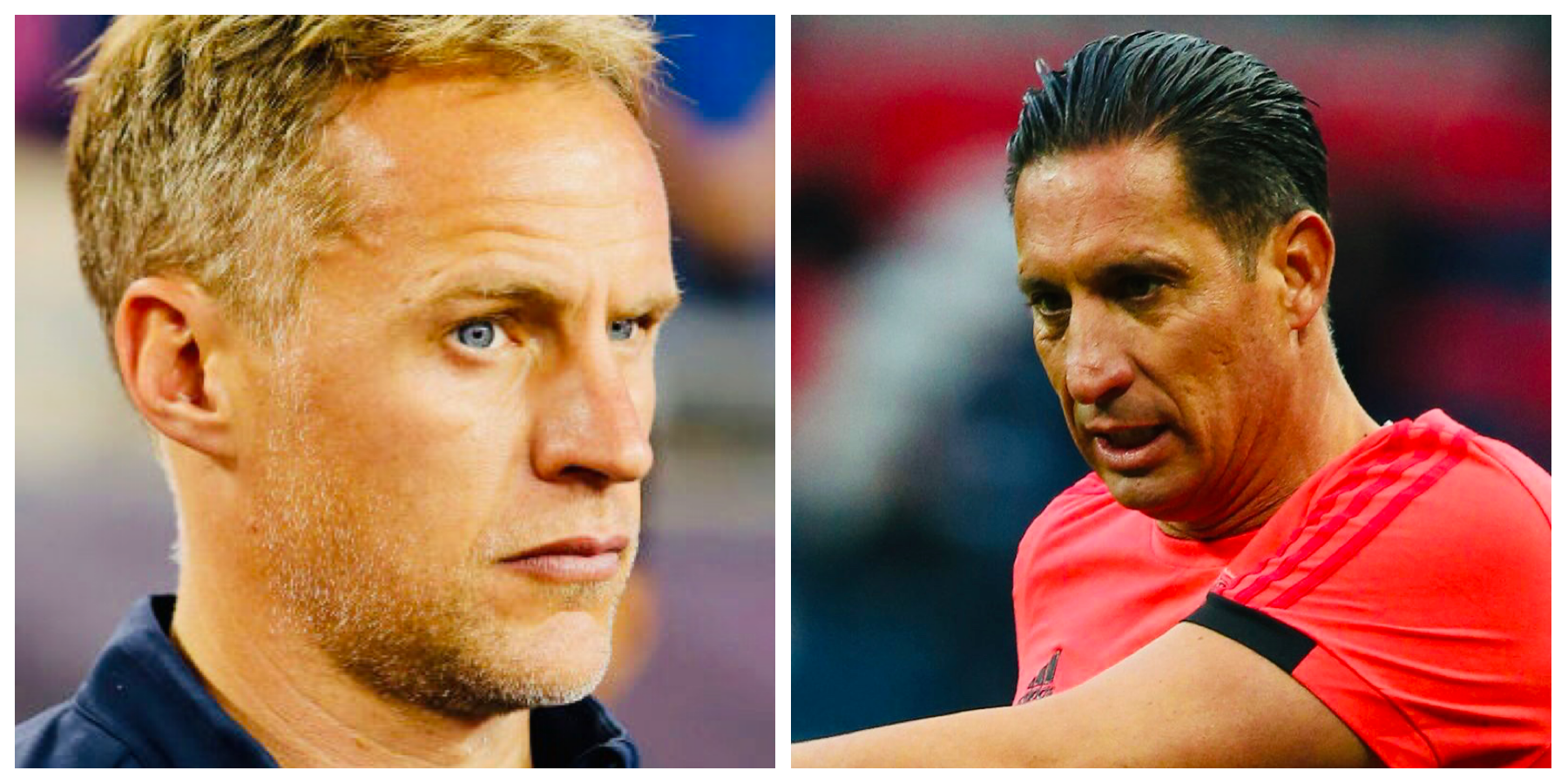 I got my B Licence at 23, my A Licence at 24. The brother of my youth coach at Norwich had taken over as youth development officer at Cambridge United. His name was Dan Ashworth and he gave me my first chance as Under-14 coach.

At the same time I was working for my dad, delivering potatoes for fish and chip shops, and doing some lecturing at a college.

I’d get to Cambridge at 6pm, finish at 8 and get home about 10. Then I’d go out with my dad the next morning delivering potatoes.

I was also running my own soccer schools to get a little bit of extra money, because I didn’t really want to be living with my mum and dad. I remember coming out one day and these five and six-year-olds were crying. I went to the supermarket to get some soup and thought, ‘this isn’t the greatest.’

At this time a couple of my mates were working as stockbrokers and we’d go out and they had loads of cash. Of course you have doubts, but I remember picking up this coaching book one day and there was an interview with Roy Hodgson and I thought, ’you know what, I’m doing the right thing.’

By this time Aidy Boothroyd was working at Norwich as a youth coach too and we got close. Then he got a job at West Brom and asked me to go with him full-time, which was fantastic.

I went to see Aidy and he said, ‘listen, you’ve got to get on with it. Grow up and be tough’.

SHAQUILLE O’NEAL AND THE MIAMI HEAT

I went home and said, ‘you know what, last time I was like this I went around Europe. I’m doing another trip.’ I had a £7,000 pay-off from West Brom and booked a flight into Montreal and a return out of Rio de Janeiro. All in all I did 12 months of travelling.

This time I emailed the coaches and clubs instead of writing letters - it was 2004. ‘Can I come and learn?’

Bill Foran, the strength and conditioning coach at the Miami Heat, let me stay for three months.

I was picking up water bottles, watching Pat Riley, sucking it all up. I’d do anything just to be around and pick up the messages Pat was giving to the players. They had some stars - Dwyane Wade, Shaquille O’Neill - but no matter how much money they made, Pat still had an authority over them. They had big respect for him.

He would have very good conversations with the players, but there was still a distance and they knew he meant business.

After that I travelled down to South America - Colombia, Argentina, Brazil - watching football seven, eight hours a day. It was brilliant.

Another thing that had struck a chord was my tutor from my A Licence saying, ‘learn a language; not many English coaches speak a language’.

So I flew into Roatan in Honduras, travelled a bit, and then did three months learning Spanish in Guatemala.

I'm in the airport in Rio, ready to fly home, and I look at a copy of the Daily Mail - my friend Aidy Boothroyd has just been appointed manager of Watford.

A week later, I’ve got my first job with a first team and am thinking, ‘I’m ready for this’. I stayed in Aidy’s house and he gave me two week’s probation to prove myself in the job.

After four days, he said, ‘no probation, you can go and do it.’

On Sundays, I would go in with the players on my own. I was only 27 and a lot of the players were in their 30s, but I’d learnt so much from going all over the world. It didn’t phase me.

I could see what worked and what didn’t. I thought, ‘my job is not to talk too much, but to put on really good training, really good drills’. I made it organised.

That season we got promoted to the Premier League with the lowest budget of modern times.

By the time Aidy left three-and-a-half years later, I was effectively his assistant on the pitch. Then, when I’m 31 and after a promotion and FA Cup semi-final, Aidy gets the sack from Watford. Brendan Rodgers comes in and brings his own people, so I go.

Then it was onto Fulham, working as a rehab coach. It wasn’t really what I wanted to do, but I got to work with Roy Hodgson and do more observing.

At the end of that season, Malky Mackay, who I’d worked with when he was a player, got the Watford job and asked me to come back as a coach.

When I was 32, Aidy got the Coventry City job and that was my first official role as an assistant manager. I remember thinking, ‘this is the peak’. Six months later, we were sacked.

AT HOME WITH MARCELO BIELSA

Then the uncertainty comes in again. In the first two weeks, everyone is calling you. After a month, no-one does. I downloaded all of Chile’s games from the 2010 World Cup and broke down how they played and sent it to Athletic Bilbao, where Bielsa was manager.

I didn’t expect too much but he wrote back to me and said, ‘brilliant’. Everything is based on relationships.

A few years later, when I was the assistant at Vancouver White Caps, I was in Buenos Aires with Robbo (manager Carl Robinson) and I got up at 5am and drove to Rosario, which is three and a half hours away, to meet Marcelo Bielsa in his house.

He talked football to me for three or four hours and was genuinely humble and interested I had driven all that way to meet him and listen to him talk about football. 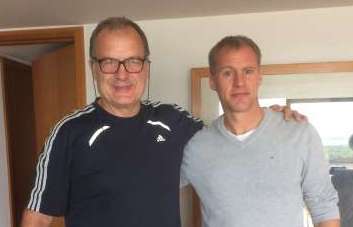 After Coventry, I got married and we went to Brazil on honeymoon. I hadn’t got a job and my wife would tell you I was a pain in the arse. She says I am the most content uncontent person.

While we’re away, Peter Taylor calls me, out of the blue. He’d been on my Pro Licence course with the English FA and I’d never spoken to him, not once. He’d just observed me.

And he says, ‘I’m going to be manager of Bahrain, will you be my assistant?’ Brilliant.

I knew that if I kept the same positive attitude and work ethic, it would work ok. I just love the game of football.

(Pert worked for the Bahrain national team from June 2011 to December 2012. After that he became assistant manager and conditioning coach for Cardiff City, and assistant with the Vancouver Whitecaps for almost five years. As TGG exclusively revealed, he was appointed assistant at Manchester United this month).