Hannon researched the energy requirements of players at Everton's Academy

IN a Category One Academy, a typical week for players from the age of 12 upwards is likely to have four training days, a match day and two rest days.

On a typical day, players will take part in pitch-based training, video analysis sessions and sports science activities (which may include gym work and/ or yoga) on top of their school education.

This can often amount to a 12-hour ‘working day’.

These demanding schedules are clearly a challenge for both the Academies and their players - particularly when it comes to feeding them. Given that a key role of sports science staff within an Academy is to optimise the factors influencing growth, maturation and physical development, it is vital to understand the energy requirements of these players.

If a young player fails to meet their energy requirements with an appropriate energy intake it can have a catastrophic effect on their health and performance.

As they transition through the pathway, from Under-9s to U23s, these players will undergo biological growth and maturation, resulting in many changes within the body.

EVENT: Marcus Hannon will be speaking at TGG's Recovery Webinar on March 10th

The collective result of such changes - most notably the increase in body size - influence the nutritional requirements of players. 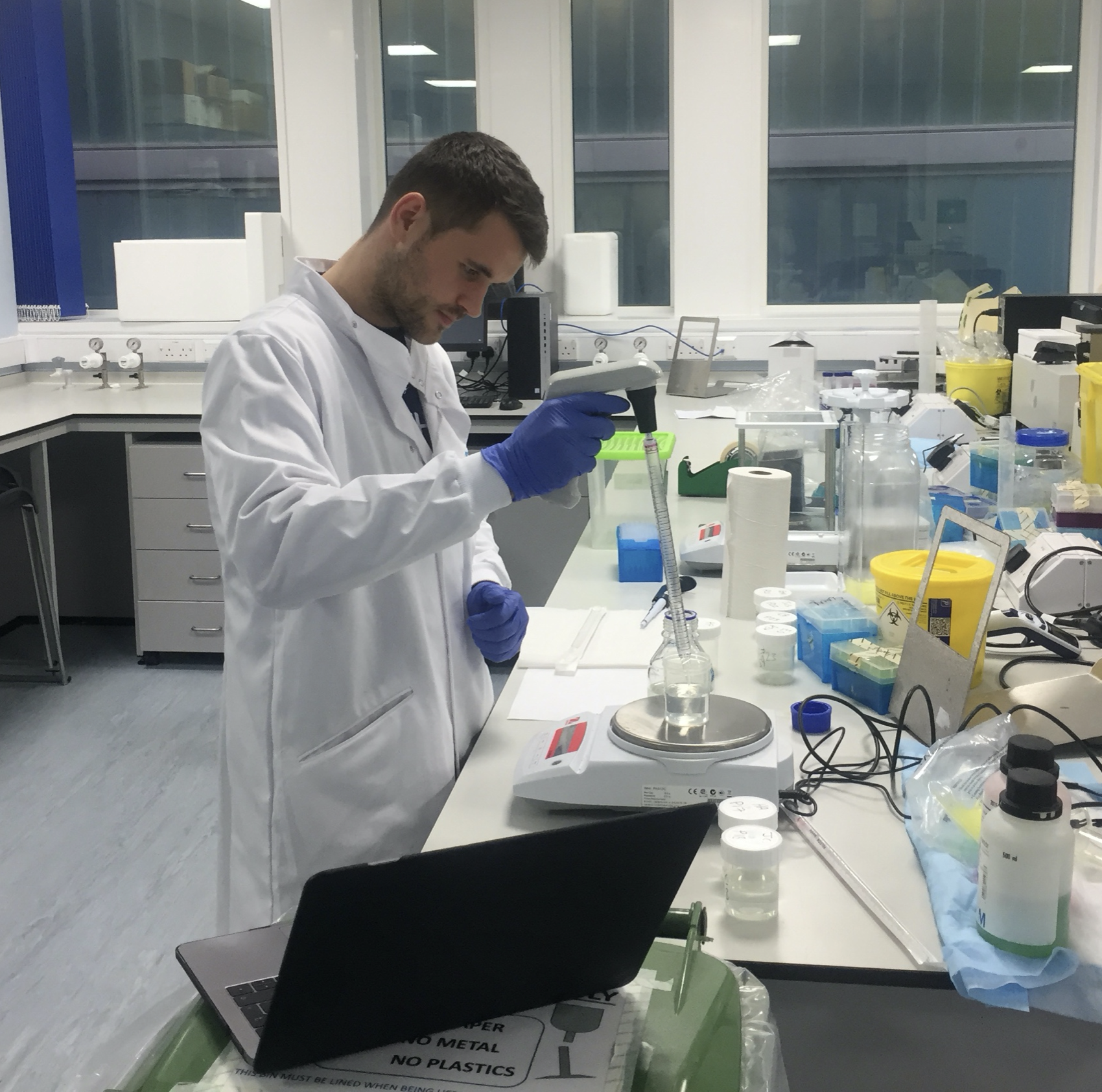 However, unlike professional adult players, the body composition (the amount of fat and fat-free mass the body contains), physical loading patterns and associated daily energy expenditure had not been studied in Premier League Academy players.

That was why I decided to undertake research to determine the energy requirements of male football players at a Category One Academy, namely Everton.

1. How body composition and resting metabolic rate change through the age groups

The aim of this first study was to assess how body composition and resting metabolic rate (the amount of energy required at rest to maintain normal bodily functions) changed throughout the different Academy age groups in 99 Premier League Academy players.

There were large inter-individual differences between players - even between those within the same age-group - highlighting the need to adopt an individualised approach to player development and nutrition strategies.

Findings from this study demonstrate that the largest differences in fat-free mass and resting metabolic rate typically occur between U12 to U16, suggesting this is a key period for growth, maturation and physical development during which energy requirements are increased.

This study can be read in full here.

The aim of my second study was to determine the typical weekly pitch-based training and match loading patterns of 76 Academy players over the course of a season.

Weekly high-speed running (ie training and match intensity) progressively increased from 220m in the U12 age group to 1000 m in the U18s.

Additionally, we also observed that periodisation of physical loading across the week (as commonly observed in adult football players) only became apparent in the U16s to U18s, potentially due to a shift in focus from player development towards competition.

These findings demonstrate that training and match loads are progressive throughout the Academy pathway which, alongside increasing resting metabolic rates, may result in different total daily energy expenditures between age groups.

3. Quantifying the total daily energy expenditure of these players

The aim of the third study was to quantify the total daily energy expenditure of these players. 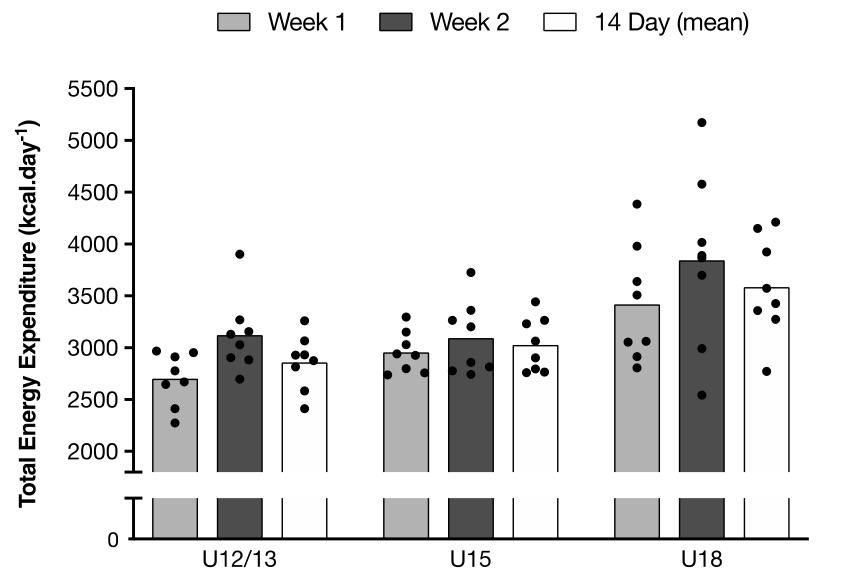 It was also noteworthy that in some players (evident in all age groups), total energy expenditure was greater than that previously observed in adult Premier League players (approximately 3600 kcal per day).

Additionally, players in this study appeared to match their energy intake to their energy expenditure. However, it should also be noted that the Academy in which this research was conducted (Everton), had a full-time nutritionist and the club provided numerous meals and snacks to players on a daily basis. This may not be the case at other clubs.

This study can be read in full here.

The findings of my research demonstrate that daily energy intake should be adjusted as players transition through the Academy pathway.

An Academy player’s energy requirements are influenced by a number of factors, including body composition, resting metabolic rate, training and match load, and, ultimately, their daily total energy expenditure.

This data enhances our understanding of the energy requirements of Academy players and will hopefully assist in the formulation of population-specific sports nutrition guidelines.

The findings of the research helped to inform and change the nutrition practice at Everton’s Academy, ensuring players were provided with the correct nutritional support to optimise growth, maturation and physical development.

While professional Academies are encouraged to create their own bespoke development programmes, EPPP has established minimum standards that clubs must adhere to in order to be awarded a category status.

As part of the service provision for Category One Academies, an Academy nutritionist is required to provide nutrition education and support to players. However, this role is only required as a minimum on a part-time basis and does not extend to Academies in the lower categories. 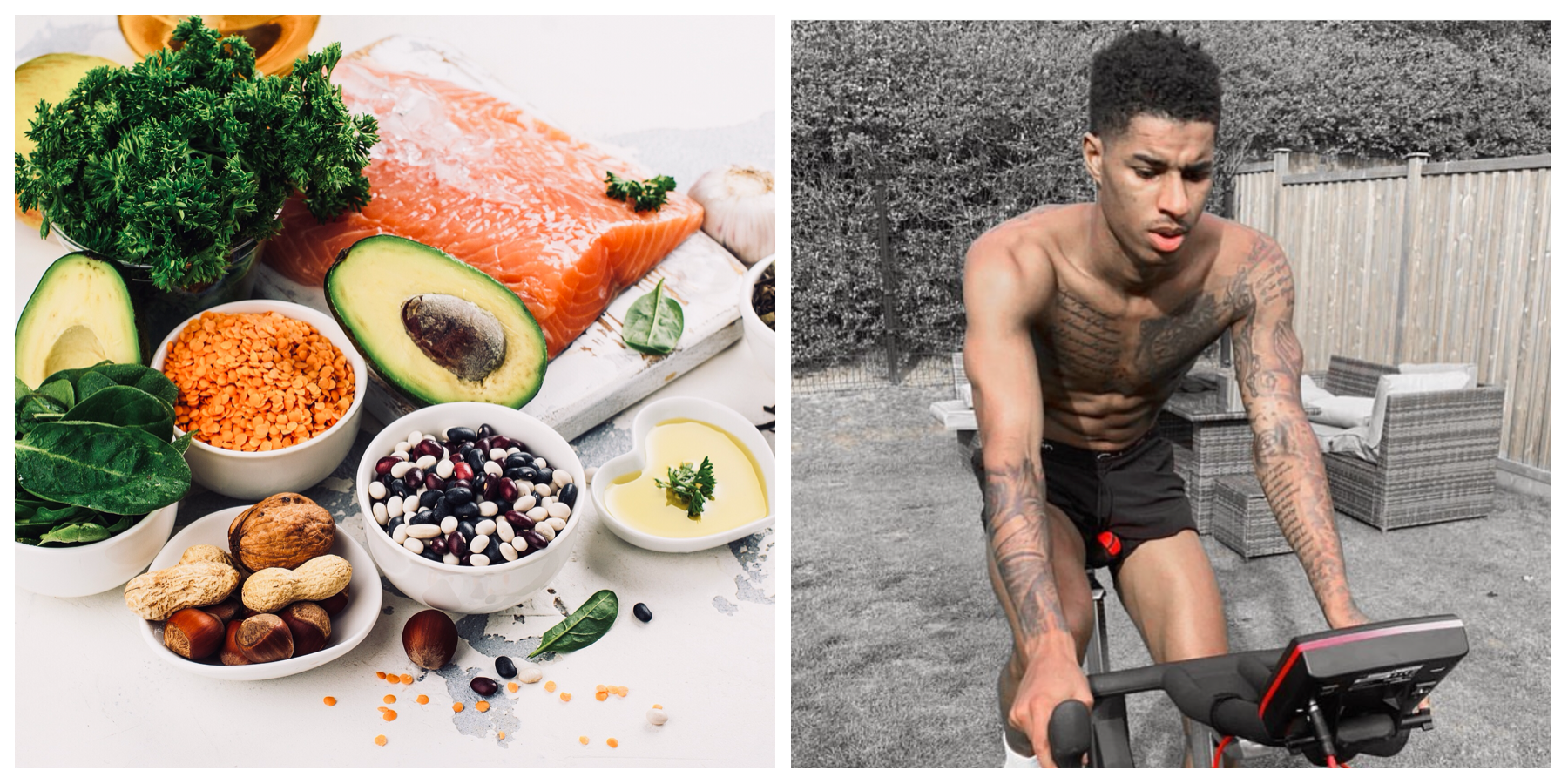 I hope that our research has highlighted the requirement for appropriate nutrition support at ALL stages of the Academy pathway and not just towards the professional development phase.

Perhaps there is also a need for an Academy nutritionist at ALL clubs, irrespective of their category status. Maybe it is time for clubs to start investing in full-time support, because I believe the requirements are clear to see.