WHILE Romelu Lukaku and Alexandre Lacazette may have hogged headlines during this summer transfer window, hundreds of others have found themselves out of contract.

Some, like John Terry, were quickly signed for hefty salaries. Others went to obscure outposts abroad or dropped into the lower leagues. And a number will still be cut adrift when the season starts and could even exit the game altogether.

The PFA tries to ensure as many of them as possible remain in professional football. An important part of their armoury is an online database of out-of-contract players, which has been developed with the help of Scout7, a Birmingham-based company producing high-tech scouting software. 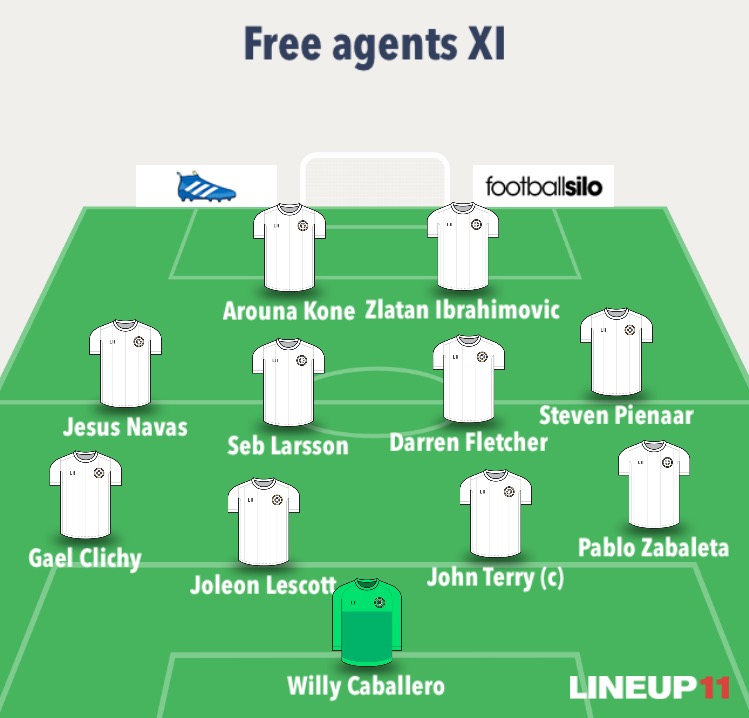 Clubs are able to log onto the database and click the name of any out-of-contract player listed, bringing up their biographical data and CVs. Then, if they’re interested, a club can make contact with the player via the PFA and hopefully begin negotiations.

This partnership between the PFA and Scout7 has been going since 2008 and is a far cry from the days when a paper list of free agents was posted out to club officials.

“We’d get managers coming into the PFA office before the list went out because they wanted early access to it,” John Bramhall, assistant chief executive of the PFA, told TGG.

“Technology has allowed us to make the information as accessible and comprehensive as possible and Scout7’s data and expertise has been a big help. By and large, technology has been embraced by the managers, although we do still have one or two who would rather sit down with a paper list, which is fine.”

Scout7’s Andy Cooper said the database was most heavily used lower down the league pyramid.

“Lots of managers in Leagues One and Two are extremely proactive with the database,” he said. “Everyone wants to make sure these players can stay in the game. The database puts them in the shop window and gives them a better chance of getting signed up.”

The number of out-of-contract Premier League and Football League players (those who have been released early or whose contracts have ended) totalled more than 738 at the end of this season - 117 in the Premier League, 192 in the Championship, 210 in League One and 219 in League Two.

Bramhall, who made more than 500 appearances in the Football League as a defender, said there is a trend of clubs offering short-term contracts in the lower leagues, meaning more players are out of contract come the end of the season. 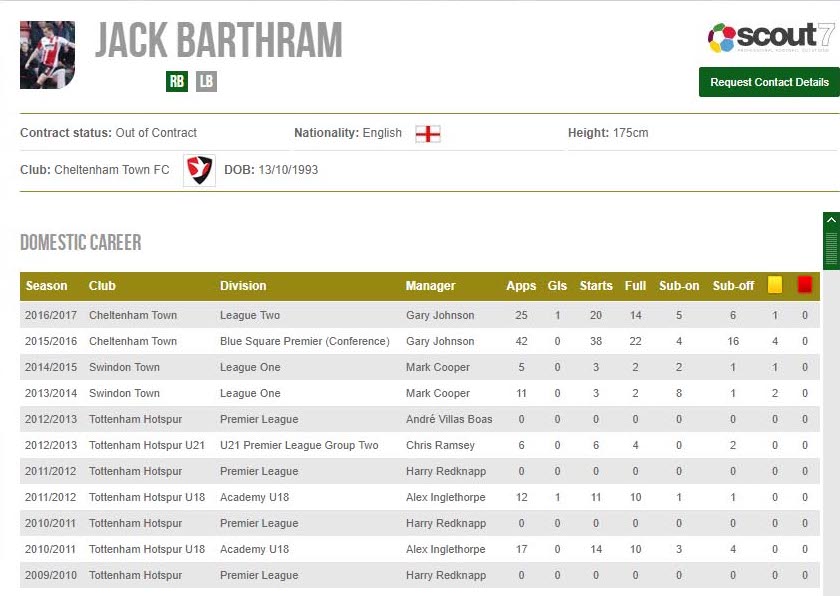 "In Divisions One and Two in particular, the lads will often be on these 12-month contracts," he added. "Because of finances, clubs are looking to do 12 month contracts when in the past they would have looked for two years. The majority of the players will go back into the game, but unfortunately there is a fall-out every year. A lot go into the national league because there are more and more full time clubs there.

“We focus a lot on education and vocational training, but if lads are really struggling financially, we have a PFA charitable fund which can help former members suffering hardship.”

Even when the summer transfer window has shut, Cooper and Scout7 will keep the work going, maintaining a list of players with less than a year left on their contracts.

This covers players in the English Premier League, Football League and Conference; the top two divisions in Scotland; and 17 other leagues around Europe. It's particularly useful to clubs who are looking for Bosman signings, because every January clubs are able to talk to players from the EU (though not England) who will be out of contract in the summer.

Players can then sign a pre-contract agreement, which will be announced in February or March, as was the case with Joel Matip when he moved from Schalke to Liverpool. Meanwhile, the unfortunate few who were without a club will either continue their dream of being a pro footballer, or face the reality of life on civvy street.

Jenkinson promoted to Head of Performance by Derby

SWANSEA CITY have announced new Under-23 and U18s coaches in a major overhaul that follows the arrival of Mark Allen as the club’s new Academy Director last month.

TELESTRATION elevates the storytelling power of video, which is why TGG have teamed up with Tracab to bring you a Coach Paint Masterclass on Thursday March 25th. It will be delivered by Benfica Under-23 assistant manager João Nuno Fonseca.

A PLAYER'S position only tells us so much about them - as a comparison of Roberto Firmino and Robert Lewandowski shows. Paul Power of Stats Perform explains how we can carry out some more sophisticated analysis of a player.