Jones, Given and Rands join Lampard at Derby

Jones was "integral to a golden era" for Chelsea, said Lampard

As TGG exclusively reported on Wednesday, Jones has ended his 12-year association with Chelsea to become first-team coach at Pride Park.

The 47-year-old has been first-team fitness coach at Stamford Bridge since 2009, having initially joined the Chelsea Academy in 2006.

He will effectively replace former Head of Performance Dave Carolan, who joined Stoke City this week, although his title is first-team coach.

Lampard explained: “Chris’s first skill would be fitness and performance, but he has evolved into a first team coach as well. He did a lot of work at Chelsea under managers like Jose Mourinho, Antonio Conte and Guus Hiddink.

“I know the skillset that Chris will bring. He has a fantastic knowledge of the game, is great with the players and he will be massively important to me on the training pitch when it comes to putting across the ideas I want to get into the squad. 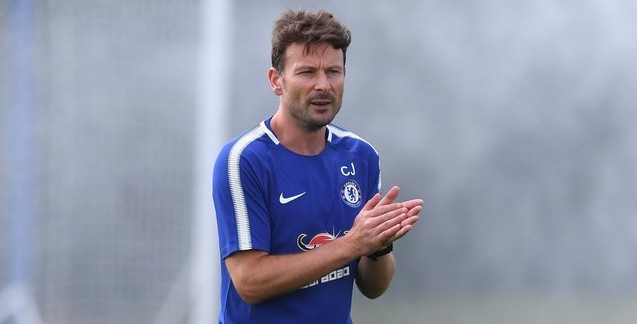 “I worked very closely with Chris at Chelsea. He had 12 very successful years there and was integral to what was a real golden era for the club.”

Given, who will join on July 9th, has been appointed goalkeeper coach in his first coaching role since retiring at the end of the 2016/17 season.

Lampard said: “I know Shay and his standing in the game as a goalkeeper and he’s right up there at the very top. He’s had many, many, years as a top goalkeeper.

“Performance-wise he was incredible and he has now achieved his goalkeeper coaching license. I’m very pleased to have Shay as part of the team and not just for what he will bring as a goalkeeper coach, but what he will also bring to the dressing room in a much broader scheme.”

And Rands joins from Manchester City as Head of Performance Analysis. Rands joined City from Scunthorpe United in September 2011 and worked with Lampard during his single season at the club in 2014/15. He was promoted to Lead First Team Performance Analyst in August 2016.

Lampard said: “Bringing in Steve’s technical and analytical qualities, and experience from many years in the game, is a great addition to the team.

“At Manchester City he worked alongside great managers and world-class players at a fantastic club with a great structure.

“Steve is looking for a new challenge and he can be massively important for us in terms of the work we are looking to do on and off the pitch. When it comes to analysis I believe he is at the top, top end of his game and he will help everybody here.”