Jenas: Kane rise 'one of biggest shocks of my career'

Kane failed to truly shine during any of his loan spells

“IF they’re good enough, they get in.”

Managers say it, fans do too: when a raw youngster is sold to make way for an oven-ready recruit, or when questions are asked about the lack of homegrown players in sides throughout the Premier League.

They said it when Manchester City sold Jadon Sancho to Borussia Dortmund without having included him in a matchday squad, and when Chelsea replaced Nathaniel Chalobah with Tiemoue Bakayoko, a midfielder four months his senior but with 50 more first-team appearances under his belt.

Here’s the thing though: you don’t know if a player is ready until you've given him a chance. That was even the case with Harry Kane, hard as it may be to believe now.

Jermaine Jenas, who was at Spurs from 2005 to 2013 and saw Kane at close quarters when the striker was making his way through the age groups in the club's Academy, has been refreshingly honest in his assessment of the England star's rise to the top.

“I’ve been totally clear about this - it’s been one of the biggest shocks of my footballing career,” Jenas told 5live.

“I never saw it. We had Ryan Mason, he was one who you thought, ‘listen, he’s going to be a player’, because he had this flair about him that English players are not allowed to have.

“There was Dean Parrett, obviously Andros Townsend, there were a few players coming through. They brought in John Bostock from Crystal Palace as well. 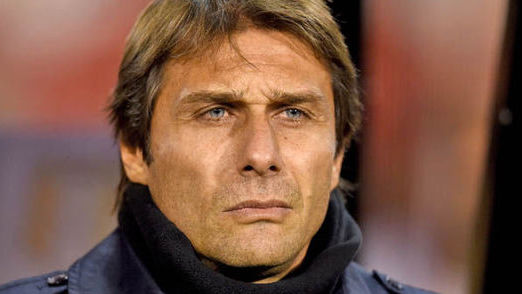 “They were players coming you were expecting ‘he’s destined to be a top player for Spurs.’ He came off the bench for Leyton Orient in 2011, he was on the bench for Leicester, he went to Millwall. All these clubs he went to he didn’t even have a good time, he wasn’t even a starter.”

Stuart Pearce didn’t see the potential either. During his time as England Under-21 manager, Pearce scouted an 18-year-old Kane at Millwall and came away uninspired each time.

"I went to watch him play in his first game out on loan at Millwall and a few others,” Pearce remembers. “It was tough for him. He was being deployed maybe as a number 10, a more deep-lying role than he plays now. He never had that turn of pace and he hadn't matured as a man either."

And this is Scott McGleish, the veteran striker who Kane came on for to make his debut as a sub for Leyton Orient on January 15th 2011.

"Coming to us at 17, it was hard to see then that he was going to be this megastar. He was a young boy and it was a case of 'Would he get another contract?' more than anything else.”

This isn't to criticise the judgement of these three men, quite the opposite. It's just to say that hardly anyone was banging the drum for Kane five or six years ago.

Fortunately for him (even if not for the club’s fans, perhaps), Tim Sherwood became manager of Tottenham for the final five months of the 2013/14 season. While few others recognised Kane’s potential, Sherwood knew him well from his time as Spurs' technical co-ordinator, a job that included overall responsibility for the Academy.

(As an aside, it’s often a dream scenario for a homegrown player when the Academy manager becomes first-team boss, something that doesn’t happen too often. We saw the same thing when Neil Redfearn was promoted at Leeds United – he made Charlie Taylor, Sam Byram, Lewis Cook and Alex Mowatt the mainstays of his team. This shows why, at the very least, the first-team boss needs to talk to, and trust, the Academy manager).

Although Sherwood went at the end of the season, Kane was lucky that the finest developer of youth among the Premier League managers, Mauricio Pochettino, replaced him. Kane didn't immediately convince the Argentine of his abilities, but by November 2014 he had established himself in the first team and has remained there ever since.

When you look at Kane now, it’s easy to forget the first opportunity he was given by Sherwood. Were it not for that chance, could he have been another Chalobah, farmed out on loan to six different clubs before being sold on?

Going out on loan isn't necessarily the panacea for a young player. At every new club they'll have a new manager, new team-mates and, as a temporary visitor, their own development will not be paramount.

As Jenas says, Kane was hardly pulling up trees during any of his loan spells, at Leyton Orient, Millwall, Norwich or Leicester. Once he got a run at Spurs, under Sherwood and then Pochettino, he developed and progressed very quickly as part of a stable, improving team.

McGleish continued to watch him closely and says: “I'm sure he's the same height, but just his presence in his chest and in his shoulders makes him look that much bigger. And that comes from playing, from thinking, 'Hello, I'm getting pushed off the ball a lot here, I better do something about it.'”

Now Spurs have a player who is conservatively valued at £100m and can spearhead their challenge for the title this season. Their fans have a world-class player about whom they can sing ‘he’s one of our own’. England, too, have a player capable of leading the line for a next decade.

At other clubs, you sometimes wonder what a young player has to do to get a chance. Sancho, the player of the tournament at the Euro Under-17s, couldn’t get into a single matchday squad at City before deciding to leave for Borussia Dortmund.

Arsene Wenger has said: “If I play a young central defender of 20 years old I know he will cost me points in the season and I have to stand up for that. If I play a 28 year old centre back, maybe less talented, he will cost me less points but I will not give a chance to a young player.

“As a manager, sometimes you feel lonely to stand up there and say, ‘no, I want this boy to play because he deserves it.’”

A senior figure at the Premier League told me there is now no doubt about the quality of the players being produced by the Academies, but lack of opportunity is still the major concern.

The final word here will go to Michael Mancienne, 29, who made only four appearances for Chelsea before being sold to Hamburg in 2011.

“The big thing I noticed in Germany is that teams would rather push through a youngster with potential than make a signing,” he said. “That is why their national team does so well and, maybe, why England doesn’t.”