The 40-year-old moved into the hotseat at the Hawthorns after Darren Moore was sacked on March 10th. He has since overseen a run of three straight wins and will continue in the role for the “foreseeable future”, according to the club.

It marks quite a rise through the ranks since being appointed Under-7s coach by former Sporting Director Dan Ashworth in 2006.

“A new Academy Manager came to Birmingham – Terry Westley – and I was being moved back down from assistant academy manager to working with the seven to 11s,” Shan told the Express and Star.

“Dan Ashworth heard about that. I can remember driving across to The Hawthorns, meeting Dan and going across to the dome. The dome had just been built.

“Dan has played a big, big part in my development and my career - he just sold me a vision. I can remember that first day, there were portacabins on the grass. The canteen was outside. 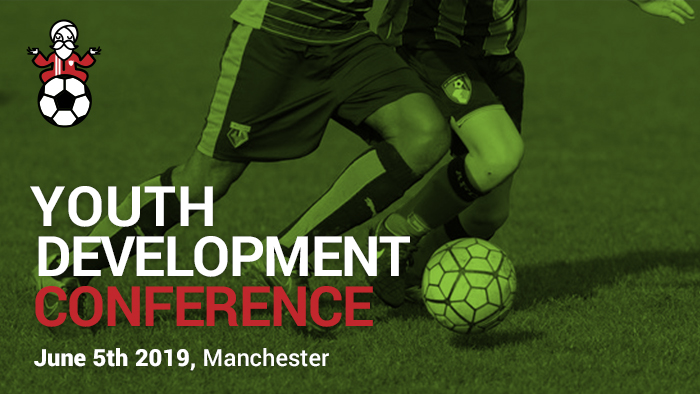 “I remember my first coaching session. I was actually still at Birmingham City and I probably shouldn’t have done it! But I came on a Friday night to work with this crop of players that Steve Hopcroft said I needed to work with. One of them was Tyler Roberts (now at Leeds) which was way back when he was an under-seven.

"Yan Dhanda (now at Swansea) was another and Jack Hickman who is still at Coventry. I could have left and moved five or six times, but the power of the people at the football club has retained me.”

Ashworth, who is now Technical Director at Brighton, told TGG: “Jim is a very knowledgeable and enthusiastic coach. He’s worked his way up through the system, from U7s to 11s to 18s to 23s to first team.

“He is able to get his messages across quickly and clearly and I’m really delighted for him.”

Shan, who was promoted from U23 coach to first-team coach by Moore last June, says he has had opportunities to leave the Baggies but always turned them down.

“It’s been my decision to stay at the football club for so long,” he said. “If somebody comes in from the outside - and it’s inevitable that will happen one day - then the people appointed will be professional.

“Maybe they will have less emotion. But the feeling of this football club is that it is a very friendly football club. I think anyone who walks through the door and spends time at the club - you gain that attachment very quickly.

“If somebody comes in from a fresh environment I’m sure they will gain that, the history of the club and what it means to the staff that work here.”

His advice for anyone looking to emulate him is to be as prepared as possible for opportunities.

“I never expected to be thrust into this position,” he said. “What I have done is make sure that I have got every qualification I need. I have had a Pro Licence for the past two years now. And I’ve worked to gain as much experience as I can.

“You see it all the time, a manager gets sacked and the under-23s coach steps in and takes over the caretaker role. I knew that when I took the 23s here could be a possibility at some stage that a manager would be moved on and I would have to take it for a short period of time.

“Somewhere in the back of my mind I have been gearing towards it and making sure I am prepared as best I can.”