How video on the bench will transform coaching

THE arrival of tablets on the bench during matches should revolutionise the way managers and coaches do their jobs.

Now they can get a birds-eye tactical view from pitch level. When an incident happens - a miss from a corner, an overload down the wing - they will have immediate access to a video replay. And if a players goes down after a heavy fall, the medical staff can check exactly what happened.

All this video can be accompanied by data and insights from an analyst high up in the stands. As TGG revealed in May, the use of electronic devices on the bench “for coaching, tactics or player welfare” has been allowed since the start of the season.

Despite this wealth of opportunity, many Premier League teams are still not using technology on the bench, as Manchester City opposition analyst Richard Bredice told us a couple of months ago.

This is where performance analysis experts Hudl step in.

Kyle Deterding, their product director of coaching tools, says: “Our sweet spot is figuring out the technology to lead advances in the game.”

By the time Fifa announced the rule change, Hudl had already been working on a product to send video to and from tablets for more than 18 months.

“We work with 29 of the 30 NBA teams,” Deterding explains, “and they reached out to us because they were interested in adjusting the rules of the game to allow technology on the bench”.

The result was Hudl Replay, which, in the words of Vice President of Elite Sports, Sam Lloyd, is “an application on a tablet that links to an analyst position so they can share information in real time, both video and data”.

He adds: “We had similar functionality before, but it’s never been purpose built. What the tablet on the sideline gave us was the opportunity to design an application specifically for coaches.”

For the first time, tactical analysis can come onto the bench this season. We’ve explored the work of tactical analysts before, with Joe Carnall, now of Stoke City.

On matchday, he sits in a tactical analysis suite, coding with the industry-leading Sportscode software, while another analyst sits in a gantry filming the game.

To view the analysis, manager Gary Rowett and his coaches used to have to dash to Carnall's suite while the match was still on, or wait until half time.

“Coaches will now have access to all the information the analyst is tagging during a game,” Deterding explains. “This could be as simple as passes or shots, or it could be a lot more nuanced and specific. Teams that use Sportscode can take their analysis to the next level.”

The analyst can now share playlists and custom code windows to all connected tablets, without needing timeline shares or complex set-ups.

The coaching staff also have access to instant video, opening up a new world of opportunity. 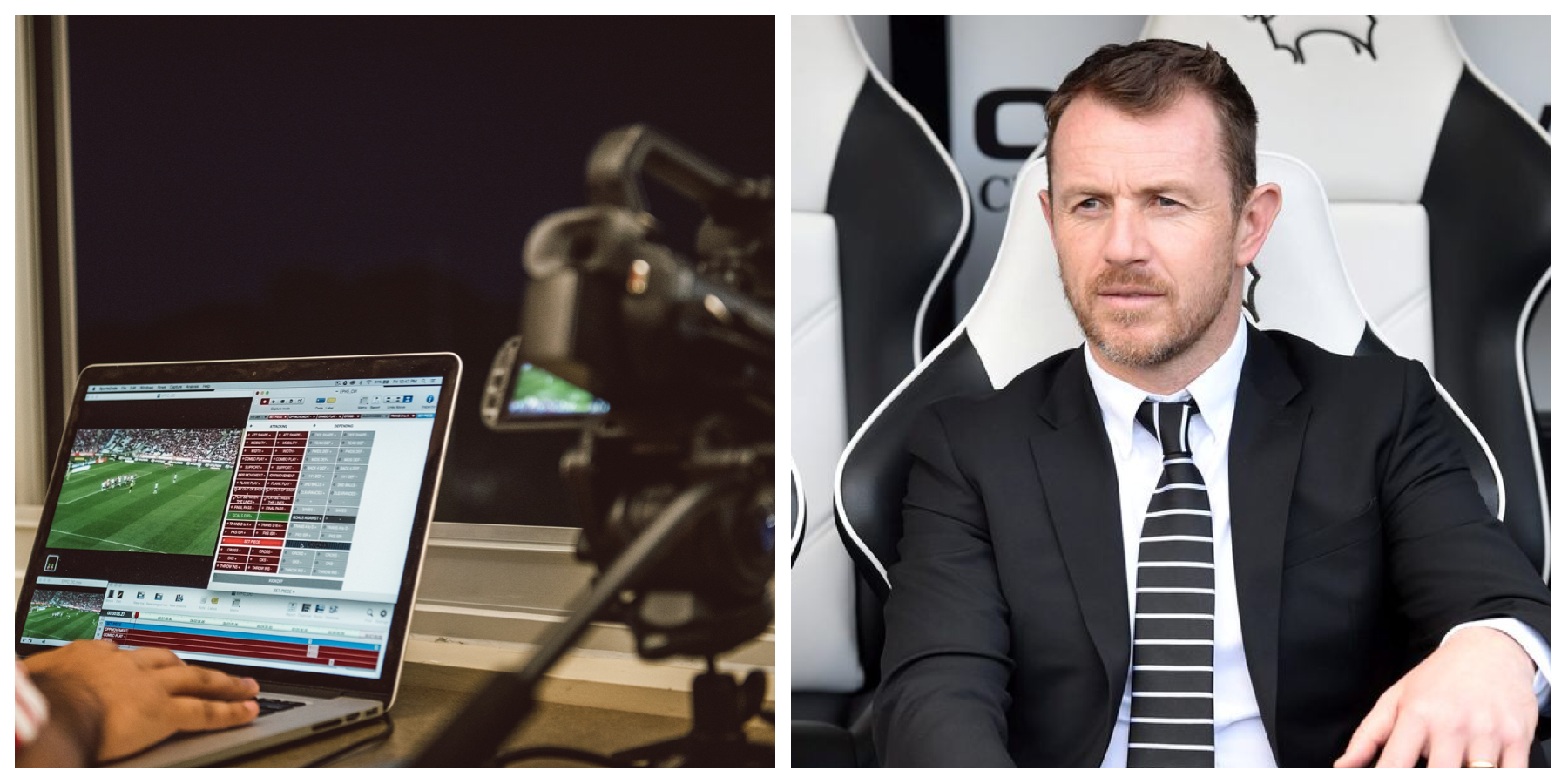 “Sportscode is a superb tool, but it’s very technical,” Lloyd says, "you need a Mac to use it and there’s a lot of set-up and configuration. Now, we can make it really simple and send high-quality video down a dedicated network.

“Coaches can review set pieces in real time, look at patterns of play, and so on. If they have a hunch about what’s happening, they can reinforce their intuition by looking at a video replay.”

We might start to see more managers spending time on tablets during games - although Hudl’s experience so far is that it’s the assistants who have tended to lead on in-game video analysis using Replay.

A number of European football clubs - in addition to NBA, NHL, Aussie Rules and rugby teams - are using the product, which was launched in August.

“For the most part, we have seen the assistants taking more advantage of it, because the manager is busy with a million and one other things,” says Deterding.

During the World Cup, Morocco were heavily criticised for the way they treated defender Nordin Amrabat during their group game against Iran.

The player fell heavily on his head on the far touchline and although TV replays suggested a concussion, Morocco’s medical staff, who did not have access to the pictures, sprayed water in his face, slapped him on the cheeks and put ice on top of his head.

This was not classic concussion protocol. Video replays are a crucial aid to medical teams and Fifa is encouraging teams to use them.

“Where the NBA started was where football is right now,” Deterding says. “The NBA wanted a way to get video to the medical staff to review on-court injuries and assess their seriousness on the spot.

“That’s what we’re seeing from Fifa and across the European leagues right now - how video can help teams during a concussion protocol or when there are head injuries on the pitch.

“The basic idea is that you should always have video there on the bench, so if there are any questions about what happened, you can always go back and consult the video.

"It’s another tool in the box to help diagnose injuries. You want as much information as possible, as quickly as possible.”

Video is one of the most powerful tools for giving feedback and reinforcing messages during training. This has traditionally been done after sessions, while teams like Hoffenheim have experimented with the use of a ‘videowall’ during training.

Replay now enables coaches to give immediate video feedback on a tablet, which is the most user-friendly and cost-effective solution we’ve seen.

“A number of teams are already filming training,” says Deterding, “but one of the most impactful moments is to immediately show a player what you want to correct or reinforce. 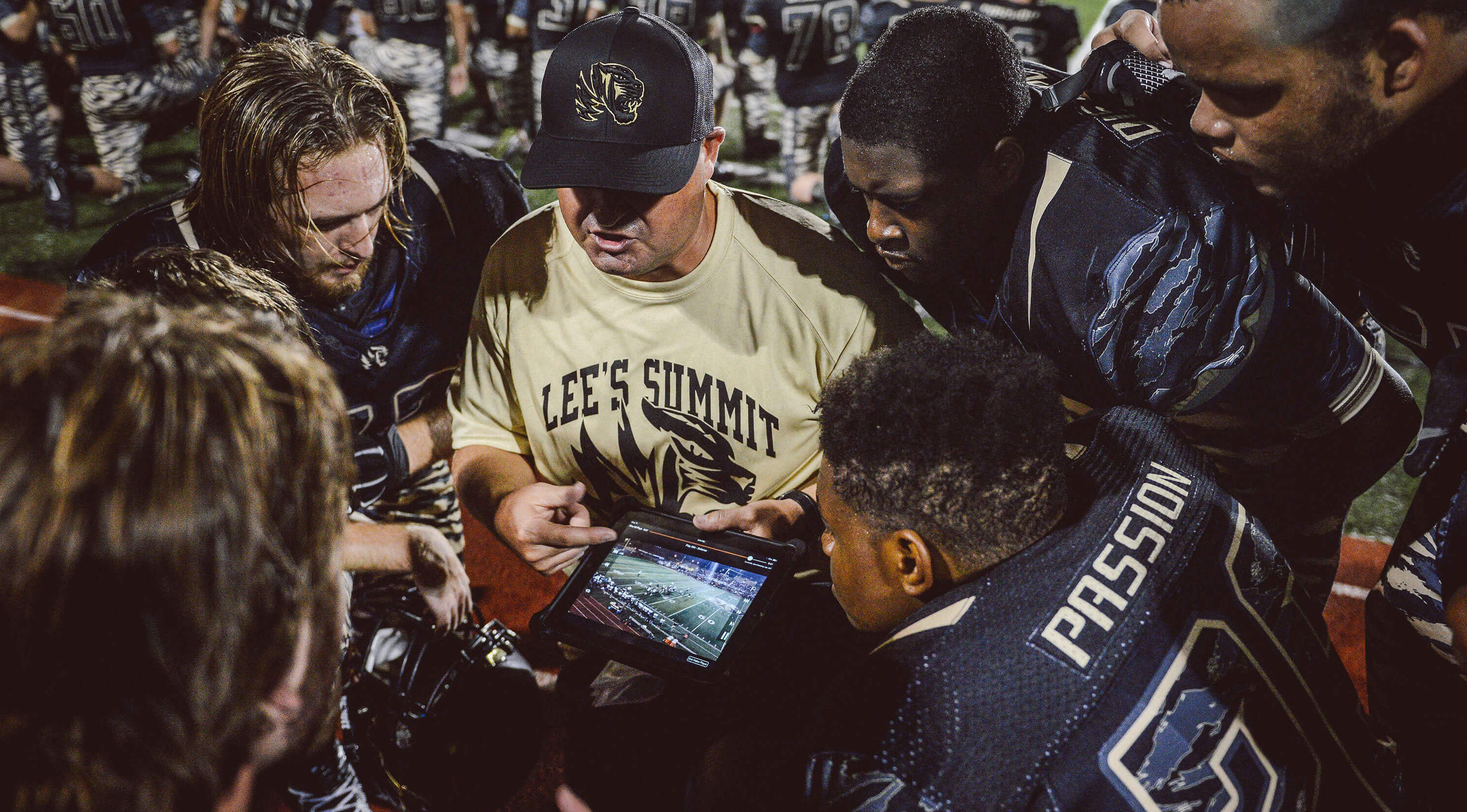 Replay is being used in a number of sports, including American Football

“If a coach has a new drill, he can set up and give live feedback within a matter of minutes, without needing to plan and prepare a day ahead.

“A player can take part in the drill, step to the side to look at the iPad and then go straight back on to the pitch.”

Set-up is straightforward and connectivity can be by dedicated wifi (it’s fairly cheap to have your own antenna now), or via your own network, “so it doesn’t need to talk to the internet at all”.

The era of the tablet coach really is here.