How to think like an All Black or a Gurkha

GAZING PERFORMANCE techniques are being used in some of the most pressurised environments in the world.

Front-line teams in NHS emergency departments and The British Army Royal Gurkha Rifles are among those to have worked with the Twickenham-based firm.

In sport, the New Zealand All Blacks are their most famous clients and have made no secret of the importance of the Red to Blue concept in helping them to win the 2011 and 2015 World Cups.

If you watch captain Kieran Read closely during any match this season, you're likely to see him scanning the stands during high-pressure points, which is a rehearsed “cue” for getting from red to blue.

Red to Blue was developed in 2001 by Gazing directors Ceri Evans and Renzie Hanham and is described by CEO Martin Fairn as “easy to understand but difficult to carry out”.

Red is tight, inhibited and anxious; blue is calm, clear and accurate. Getting from one state to the other can be the difference between triumph and disaster – quite literally in the case of the military or NHS.

Gazing have been intimately involved with teams at the very highest level of sport. Evans and Hanham were part of the All Blacks’ mental analysis and leadership group in the run-up to the 2011 World Cup, while Fairn was on the shoulder of former England head coach Brian Ashton during training sessions.

Now, however, their methods are being made available to all.

Anyone who enrols on the programme will start off with home study and an online webinar before taking part in a two-day face-to-face workshop, the first of which takes place in London on March 28th and 29th 2019.

Fairn says his vision for the certification is “that everybody could benefit from Gazing’s simple performance tools” via a programme “developed from elite sport and the high-pressure corporate world".

The former Coventry rugby union player, who co-founded Gazing in 1998, believes mentality is still the most neglected of sport’s four corners (the others being technical, tactical and physical).

“One of the biggest reasons for this is because mentality is seen as a problem, not a skill,” he explains. "If you recognise it as a skill, then you break it down into components, just as you would if you were learning to ski, for example.

“If you want to get good at something, then you practise the components. That’s what we help people to do, rather than leaving it to chance or just seeing what happens.”

These thoughts are echoed by Jim McKay, the attack coach for the Queensland Reds rugby union team, who is a long-term advocate of Gazing’s work, having first met them when he was coach of Henley Rugby Club in the late 1990s.

Speaking from Brisbane, the former Australia coach told TGG: “The simplicity is a point of difference. Are the players on-task, or off-task and how do they respond to pressure?

“Often, we aren’t aware of when we’ve gone off-task, either in sport or in everyday life. You get caught up in your response, whether it’s to the weather or a decision by the referee and get thrown off-track

“It’s about having the self-awareness to realise when this is happening and practising techniques to get back on-task.

"Mindset is often the most misunderstood area in sport and something coaches tend to steer away from.

"You can’t just look at the game through a tactical, technical or physical lens though, you need to look at it through a mental one too.

“These concepts have helped me a lot – both one-on-one with the players and individually for me as a coach. I might be upset at half time and it’s about recognising that and getting in a clear state to deliver my messages to the players. You need to be trained and educated in how to do that.”

McKay finds the Red2Blue map - “a one-pager broken down into examples of red and blue thinking, rather than a big manual” – very useful.

“A match is a chaotic and unpredictable environment,” he says. “In training, I might, for example, have a quiet word with a player and ask him to be disruptive, by throwing bad passes, and then see how the other players react.” 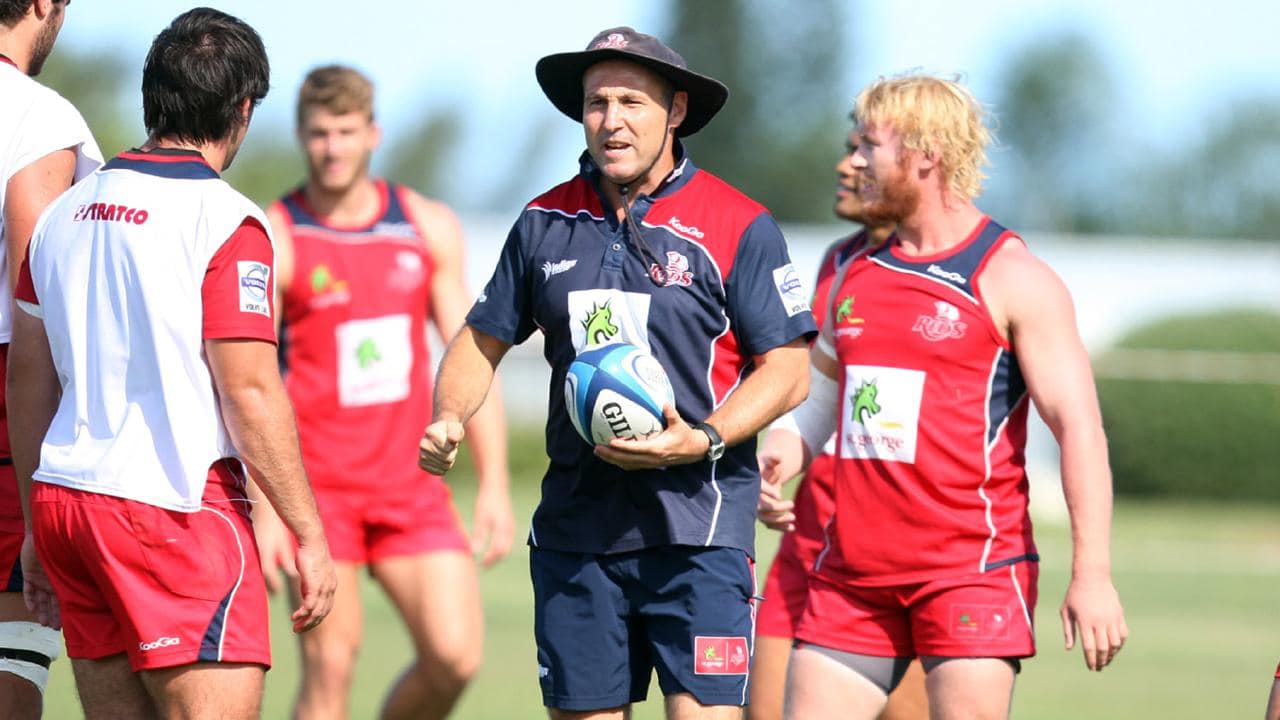 If they go off-task, work can be done on recognising this and developing a cue to get back on-task - such as Reed scanning the stadium or predecessor Richie McCaw stamping his feet on the turf.

Control circles are another Gazing’s concepts that McKay has found useful. “If something’s irritating you, you have to think whether it’s something you can control, can’t control, or can influence. Depending on which one it is, you allocate your energy accordingly.

“A player can’t control whether he’s selected for the team, but he can influence it, by getting fitter or improving his passing.”

McKay thinks the Gazing principles - which will be explored in much greater detail on the certification course - can help anyone in any walk of life.

“Every day of our lives we get off task,” he says, “whether it’s at home, at school or in our jobs. It’s about being aware of when it happens and being able to have the skillset to get back on task.”

To find out more about Red2Blue coach certification, click HERE.