Jason Withe: Why we need to cure coaching travel sickness

FORMER Indonesia assistant Jason Withe despairs at the lack of English managers in the Premier League. He believes more would benefit from working abroad, but says attitudes have to change for this to happen - as well as the level of support offered by the governing bodies.

I’ve done a bit of research, and found that 52 of the 92 league clubs have English managers, with three yet to appoint. This means just over 55% of teams are managed by English bosses.

And this was the situation in the major European leagues at the start of the 2016/17 season:

These are shocking stats for any English coach or manager coming into the game.

In 2005, when I was managing a team in Thailand and making arrangements to head back to the UK for my Pro Licence, I spoke to the then President of the Thai FA. He was baffled as to why I was travelling so far to undertake a coaching qualification. When I informed him how good the FA was at delivering coaching qualifications and how professional the organisation is, he asked me, ’why have they been employing a foreign manager to coach their national team for the past five years then?’ I was lost for a reply.

I sat on that course as one of 18 candidates: 15 English, two Scottish and one from Holland. A high percentage of English coaches are going through the Uefa A Licence. It’s great to see the FA employing English coaches and it looks like the future is bright with the Under-20s winning the World Cup under an English coach. Unfortunately, the mentality is very different at club level. And with so many foreign owners I don’t see it changing soon.

I have coached in many countries around the world and have come across only a small number of my countrymen doing the same. If English coaches aren’t getting chances in their own country, why don't more try to move abroad to coach? 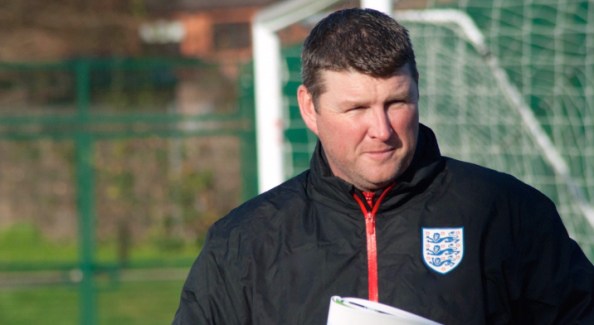 In my own experience, coaching abroad has enhanced my knowledge and given me chance to work at a level I couldn’t have in the UK.

In contrast, the number of other nationalities I’ve encountered working with clubs and national sides in foreign countries has been a lot higher. I spoke with a German coach who was with a team in the UAE and he told me about the support he had received from his federation and told me they actually had an association to support coaches working abroad. What was most surprising was that his federation pushed coaches into positions with other organisations.

In 1999, when I was only 29-years-old, I took the plunge and agreed to manage a top team in the Thai Premier league. My intention was to come back at the end of my two-year contract, but instead I went on to coach in Singapore’s S-League and then became assistant coach for the Indonesian national team. This was a great learning curve and after eight years coaching abroad I decided it was time to return to the UK. But when I looked for a job at the same level there, I was made to feel as if I had been coaching on another planet for eight years, because all my experience was overlooked.

Something has to change, or else I can see a situation where, as a result of all this, we don’t have a single English manager in the Premier League."