How to be well placed for a science career in football

JONATHAN WOODHOUSE (above), Southampton academy data scientist, tells us why a work placement was so important for him and gives advice to current students.

How did your placement come about?

Jonathan Woodhouse: "One of the main reasons I chose the Sport & Exercise Science course at the University of Bath was the professional year in industry. I knew there would be the opportunity to apply for placements in my third year, and when the window opened, I submitted applications to numerous clubs.

Fortunately, Southampton replied and offered me an interview. Before the interview I spent hours going over practice questions with my girlfriend. Now I think she knows Southampton’s history on the back of her hand. I remember travelling down from Bath, getting the bus to the training ground in my suit and being greeted by James Bunce. I was asked a series of questions alongside informal conversation and thankfully it went well."

What were your experiences on the placement?

"Before the placement started, all seven interns shared details so we could contact each other to arrange potential accommodation. I ended up living with three other interns. The placement was a full season (2013/14) and I was working predominantly with the Under-18 squad, supervised by Alek Gross (now Head of Sport Science) for the first half and Tom Henson (now Under-23 Strength & Conditioning Coach) for the second half.

To begin with, my main responsibilities were to assist the application of strength and conditioning programmes, to monitor players through GPS analysis, hydration testing, and assisting with the physical preparation of players prior to training and matches.

As the year progressed, I was given more responsibility and became more involved in the delivery of sessions and given opportunities to work with players on an individual basis, mainly through on-field rehabilitation. The role was very exciting, as no one day was ever the same as the last. The year was unpaid and although it was tough on my student bank account, it was not a major issue - the sole purpose of the year was to get as much experience and knowledge as I possibly could."

How useful was it?

"Without the season at Southampton, I would definitely not be in the privileged position I am today. I would not have been given the opportunity to work at Manchester City last season. There are 12,000 sport science students graduating each year and this figure is only going to become larger. The talent pool will become bigger and therefore more concentrated. There are some very strong candidates and your application needs to be the one that stands out.

The year at Staplewood taught me that there is no single aspect of sport science that is important - they all combine and interact. As a result, the role of a sport scientist, or strength and conditioning coach, is essential to improving sporting performance and this doesn’t have to be through scientific methods, it can also be through building professional relationships with coaches and players to influence behaviour.

From an undergraduate perspective, I believe you have to be organized, have a strong work ethic and be able to communicate effectively with different people on various levels.

The year in industry also taught me the essential ‘softer skills’ vital for working with individuals or large teams on a daily basis, something you not going to learn in a book or a classroom. Try learning how to act in the dressing room after a last-minute defeat: I’m afraid no University course or textbook is going to be able to teach you that.

Lastly, although you are trying to make the biggest impression possible in the space of a single season, it was made clear that time off is important. Your work-life balance is essential for maintaining focus and enjoying life outside the football bubble. 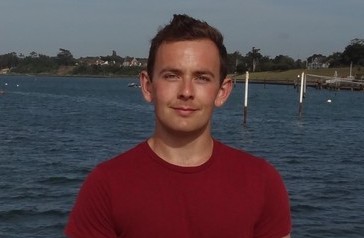 We were told ‘when you’re off, you’re off’. I remember being lectured for coming in a couple of times when I shouldn’t have. However, I do appreciate placement students trying to go above and beyond to get themselves noticed."

1) The personal touch: I remember it was a week until dissertation deadlines and I was worrying about not having secured a job after graduation. So I put my work aside for the whole weekend and spent Saturday and Sunday in the library printing off cover letters, CVs and writing hand-written introductory notes. I wanted to be different and stand out from the crowd. I was amazed how many emails, letters and phone calls I received in the following weeks. It makes a huge difference when someone can open a letter instead of clicking on an e-mail from a University undergraduate. Current students have to realise that everything in life is not given to you on a plate: you have to go out and work for it, because the jobs will not find you.

2) Speak to your tutors and lecturers: If there’s a particular route you would like to pursue, then they may have links with certain individuals. If you don’t ask, you won’t know. There are also websites advertising roles suitable for students seeking placements or wanting to gain experience. I would advise students to carefully target what specific area of sport science they want to go into before applying for certain roles. Although you may not have a 10-year plan, keep your short and long-term goals in mind.

Every single member of the sport science department at Southampton has completed a placement within sport at some point. Before myself, Sam Scott and Tom Henson used to be interns here and progressed into full-time employment at the club. At the time, this made me optimistic, as the chances of becoming employed in the future were bright.

3) Take every opportunity: It doesn’t matter if it’s a night a week at your local football team, or assisting one of your University clubs on a Wednesday afternoon - all the experience adds up. Your degree will only give you so much, but the practical experience is invaluable. However, be cautious and remember that you are still in the infancy of your career - so instead of being critical, ensure you are willing to learn as much as you can and reflect on what you have done or seen.

I was told by many people that you only get out what you put in - and they were absolutely spot on. Ultimately, my advice is to keep learning, focus on your skillset and be open to every opportunity available to you and you’ll be on the right path. Good luck."