How the FA is building on England's summer of success 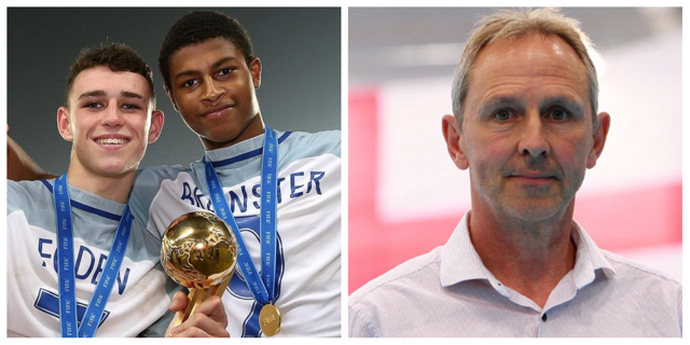 PETE STURGESS is the Football Association's technical lead for the foundation phase (ages five to 11). He told TGG about the work done a decade ago that paved the way for England's incredible summer of success and how it is now being built on.

PS: Ten years ago, we started to communicate some different messages to the clubs through a new qualification called the FA Youth Award. The work done with the players who were in the Academies then is bearing fruit now, but it has taken a decade. If we want to affect even more significant change, it could be another decade, but we’ve certainly got a plan to get there.

The relationship between the Football Association and Premier League has never been better. There is a real desire to work together to develop better players and provide the right development opportunities for them.

This is mandatory if you’re a coach at an Academy. Instead of having one generic A licence, which was mainly football based, and quite rightly so, we now have an Advanced Youth Award which you can gain at each of the phases of development. By getting it, you become an expert at dealing with players at that age.

We have just reviewed our level one and two courses, and every coach who goes on one gets in situ support. This means an FA member of staff will actually go to their training session to watch them with their own players and give feedback. We have never done that before and the feedback has been phenomenal.

It’s one of those gamechanging things in my opinion. The way we have restructured our coach education is super. No-one does a qualification without getting individual support in their own context with their own players.

On the Advanced Youth Award, that has been going for almost six years. We have a group of elite coach developers who support the professional Academies on an almost daily basis. There are 28 in total, who have a cluster of clubs they work with, and they are in those clubs every day. They film them, feed back to them, watch them on match days, take them through the awards. It’s funded by Premier League and FA.

In the past, we thought all the answers to becoming a better footballing nation lie in the technical corner. That’s important, but if you don’t move well and haven’t got a really broad physical and capability when you’re quite young, you can’t carry that into your pro career.

We also look at psychological development and confidence and issues around self esteem and decision making. We concentrate hard on social development. That means we get kids who are comfortable in any situation. Whatever life or the game throws at them, they are set up really nicely to cope with it.

Part of my work over the last few years, through a masters qualification, has been studying teaching and learning and what good pedagogy looks like. All of that is being collated and put into Hive, our digital workspace for the coaching community, which anyone can join for free.

There are also sessions ideas, practical ideas, video footage and research we are asking the reader to learn more about. This might be about child development, play, cognitive development. If you know and understand more about that you can apply it in a football environment, so your kids are getting a really good deal when you work with them.

With the expansion of the Academies with the advent of EPPP there have been more specific staff added, particularly in Category Ones. So you might get a psychologist to support you and your players. In the lower categories, it might be that the coach has to develop his or her own knowledge around that because they don’t have a bespoke member of staff.

In the Advanced Youth Award, you do a block of work in each of the four corners, where if you’re not an expert, you can get enough to support the players.

It has been calculated that only 180 of the 1.5 million boys who play organised youth football in England will go on to play in the Premier League, which is a success rate of 0.012%. Deep down, parents and players know how difficult it is to make it to that level, so one of the key messages coming from the FA is that players have to come out with a value added for the time and commitment they are putting in.

The contact hours at Academies have increased, so there’s a massive commitment and strain on families to get their child to the academy. We have adopted the four corner approach to develop the whole child as well as the footballer.

Education is a priority. Every Academy has an education officer and the message is that education comes first. I think there is a generation of players now who accept that. We also advocate that football is NOT an early specialisation in the foundation phase and that children should be doing other things, because we want them to have different experiences, to move differently rather than just football functional movements, and to be coached in different ways.

Some clubs bring other sports into their Academy programme. Clubs are doing judo, taekwondo, tag rugby, indoor climbing – so the kids are getting a wide range of development experiences now, when in the past it was quite limited. [TGG wrote about how Manchester United use taekwondo in their Academy].

Take boxing. It enables you to learn a lot about yourself, discipline, your attitude to contact. If you want to be comfortable on the ball, then you’re going to have more contact and you need to be resilient to that. That is a really nice move in the right direction and the clubs have embraced it.

The system has changed. If you only had your players for two or three hours a week – which was the case in the past – you had to do all football. Some of the clubs now have the kids for 12 hours a week, so it shouldn’t be all football and there needs to be a mix, so the children don’t get stale.

I worked at Derby when Will Hughes was a six and seven year old there. At that stage he wasn’t sure whether football was for him. He was talented and you could tell he had something, but he played other sports and I think that benefitted his football.

This is also where the relationship with the Premier League has come to fruition. The games programme on a Sunday always used to look the same - 8 v 8 or 9 v 9 and that was it. Now we have futsal tournaments; out of balance, where one team has an extra one or two players; player-led tournaments, where they organise the lot, keeping score, setting the rules. The variety now is huge and I think it’s a really vibrant development environment.

WHAT DOES YOUR ROLE INVOLVE?

I’m a developer on the Advanced Youth Award for all the foundation corners and one of the presenters on the course. We have our group of coaches who are supporting them when they go back to their clubs. I then support clubs with CPD, presentations, practical examples, just to keep the whole thing fresh and current.