Alex Kleyn is the Lead Data Scientist at Southampton

AT the start of this season, Southampton launched a B team tasked with mirroring the style and system of Ralph Hasenhuttl’s first team.

New Director of Football Matt Crocker explained: “From watching the Under-23s last season, when I was at the FA, the style of play looked very different.

“There was definitely a void between those two styles of play. One of the big wins was to come in and really remove the U23s from the Academy and place it as a B team connected to the first team.”

Data science has played a big role in modelling that style of play and then making sure it’s aligned between the two teams, as Southampton’s Lead Data Scientist, Alex Kleyn, outlined at TGG’s Big Data Webinar last month.

Kleyn, who has worked for the club since September 2017, revealed that the club use three ‘waves’ of metrics to measure team performance: traditional event data, XY data and tracking data.

Each is "useful for different reasons" and has "a varying level of complexity”, meaning that “from a data point of view, what we were able to do very quickly was to apply our first team data model to our B team,” Kleyn explained. 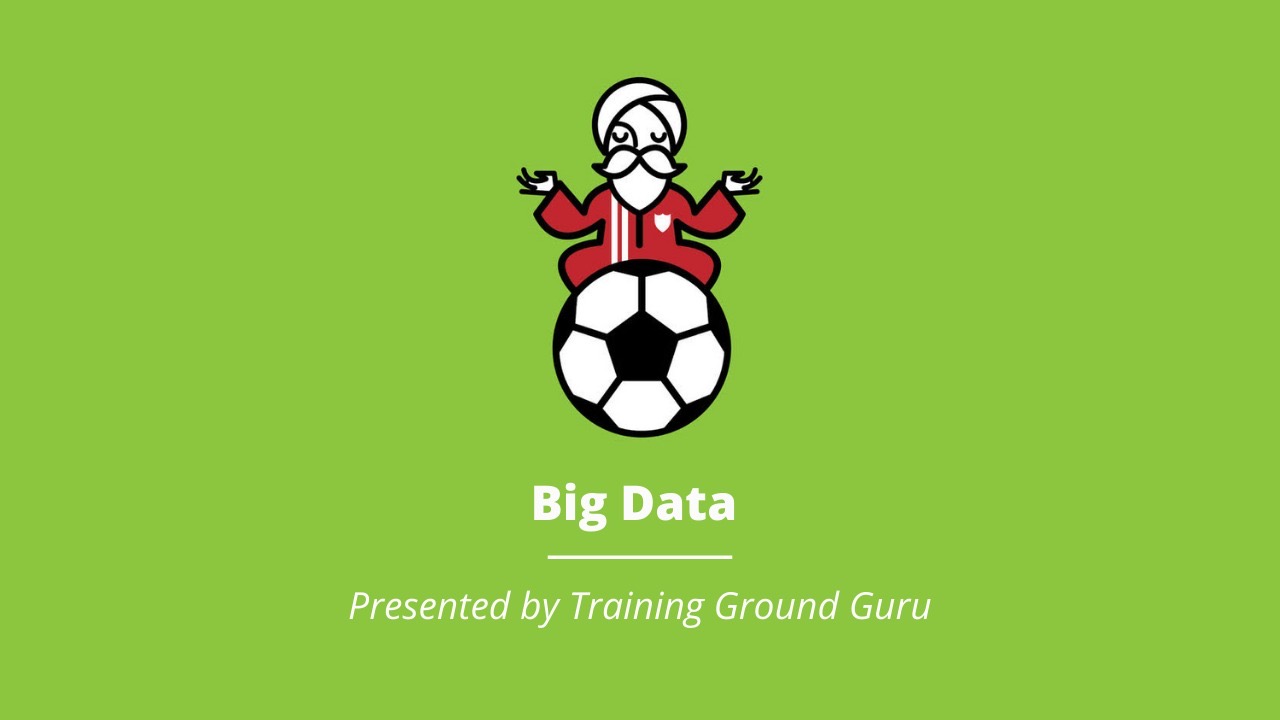 “This was really powerful," he added, "because it provided use with a ready-made tool to check that transition tactically. It allows us to use internal comparisons, so we can compare the first team with key metrics to the B team and interpret the differences.”

Kleyn, who worked for Norwich for three years before joining the Saints, used pressing metrics in his presentation to illustrate how the B team, who play in Premier League 2, has become more closely aligned tactically to Hasenhuttl's first team than the U23s were previously.

The high press is fundamental to Hasenhuttl’s style of play, as enshrined in the Southampton Playbook. 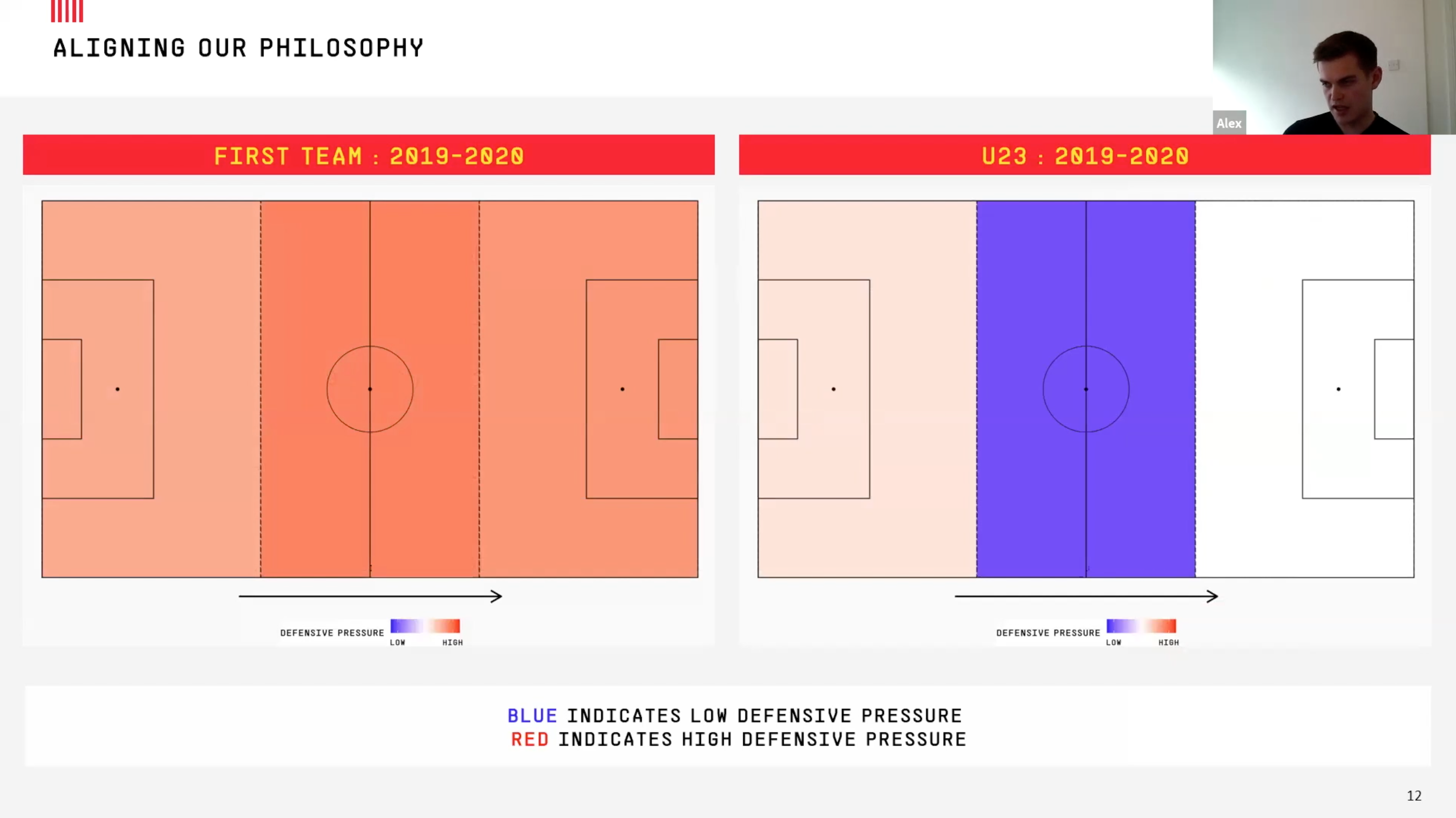 “It is a simple visualisation that tell us our first team pressed more than the U23s,” Kleyn explained.

“It is not my remit to say this isn’t right, because there are effective styles of play that don’t involve high pressing, but you would maybe question whether that is the best way to tactically align different teams in your club.”

At the end of 2019/20, the club introduced the B team, with orders to use the same style of play, training methods and coaching as the first team, based on the Southampton Playbook. 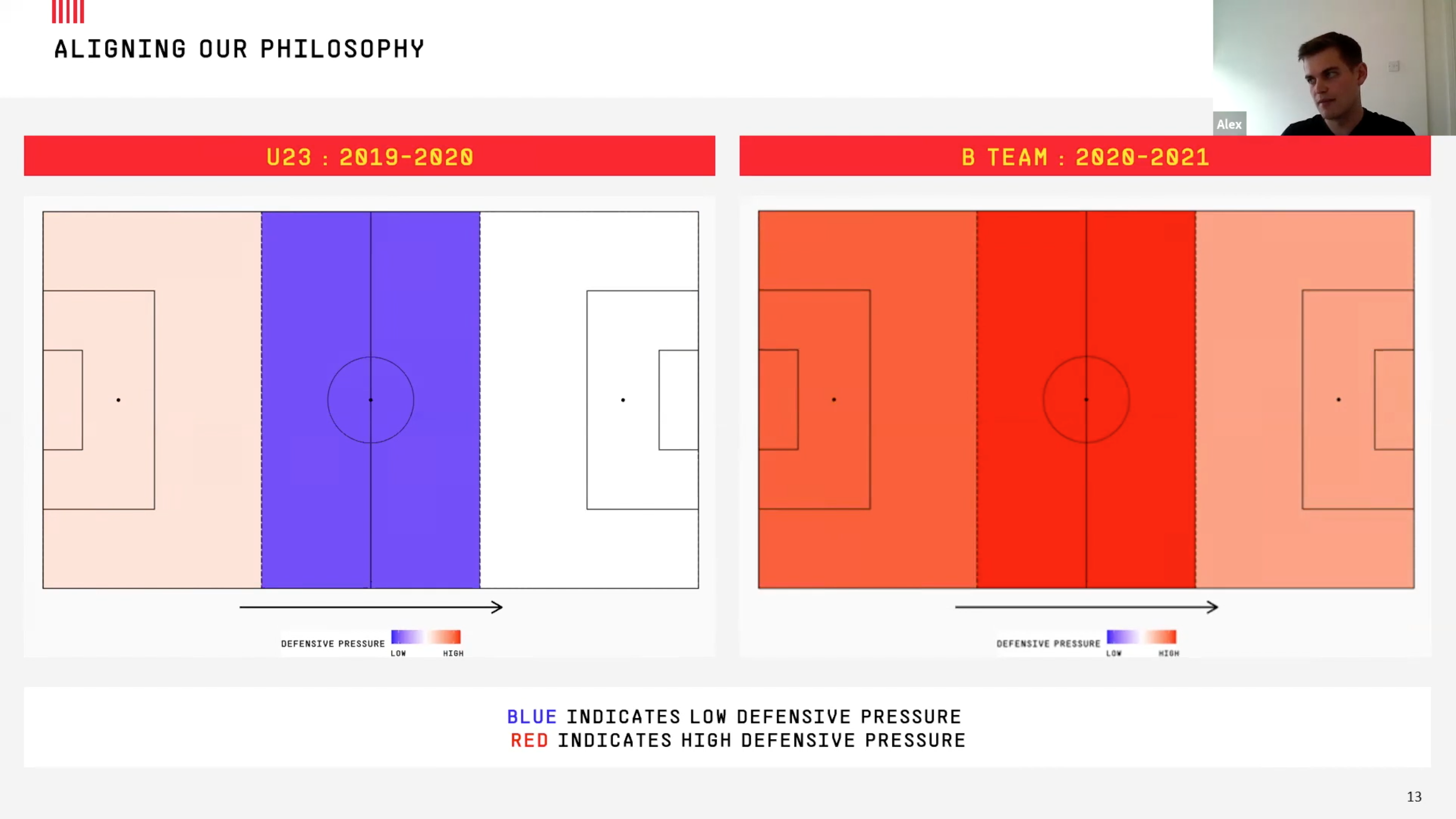 "What we’re seeing here is that the U23s became the B team who were immediately able to show that they were capable of more aggressive pressing style of play this season.

"What I think it does is gives coaches and staff a real confirmation that all that hard work they’re putting in on the training pitch to align styles is working and that there is objective confirmation from this sort of analysis. so it’s a really powerful message I think you can bring, albeit a simple one.”

Crocker has also instigated changes to the club’s data science and analysis department since the end of last season, with a Player Insights team being introduced, as it was during his time with the FA.

The job of this team is to "either confirm or deny the views and opinions of the scouts” and “create a data system that then enables us to track and monitor those players with clear physical and tactical metrics,” in the words of the club’s Director of Football.

Joseph McDermott has been promoted from Data Engineer to Data and Analysis Manager and Peter Thompson has been hired as a Data Analyst and will report into Kleyn.