How Burnley are expanding their scouting horizons

SEAN DYCHE has explained how Burnley are expanding their scouting horizons as they seek to make the next step as a club.

During Dyche’s five years in charge - which have transformed the club from a lower Championship outfit to Premier League survivors - the Clarets have mainly recruited from England.

Dyche told the Burnley Express: “Inside the club, one of the last areas that needs more work is recruitment and building a structure and a strategy. It takes time.

“A lot is made of European players and us signing European players. First time in the Premier League we tried to get players who could operate between the two divisions. Now we’re a bit healthier and we've started to look at Steven Defour and Johann [Berg Guðmundsson].

“We’ve got a few other scouts in now but it’s the layers of information. Often these big clubs have got years on us, they’ve been monitoring players for years, they build up massive amounts of information.

"We’re just starting, probably about a year ago, to learn about the European markets and adding more staff and more information. That’s all it is. People say I don’t like foreign players. I couldn’t care where they’re from, as long as their good footballers, that’s the key. Getting it right as often as you can is still important at this club, some other clubs maybe not as important.

“You spread your wings a little bit, but everyone wants it doing overnight. If you do it overnight we all know the stories that happen. That’s where it becomes tough.

“If it goes wrong it really goes wrong, and if it goes really wrong someone needs to be there to catch it. 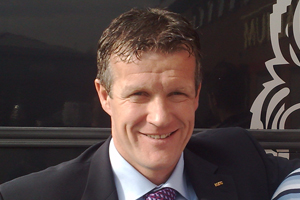 “It’s difficult on me as manager because we have to try and find players who can continue this and keep moving forward, while knowing at the back of your mind there’s a good chance that your better players are going to be taken off somewhere else.”

Former Norwich player Butterworth was senior scout at the FA before joining QPR in 2013.

At Burnley, he will head up a beefed-up recruitment department including former Leeds and Boro man Darren Mowbray, who joined last December.

Butterworth added: "They [Burnley] want to branch out into Europe and get some players because those in England, it's ridiculous the market values that you're paying for.

"Burnley are trying to establish themselves in the Premier League and to do that, you've got to be at it every year, spend the right amount of money, have good leadership. They are trying to progress and here I am."