THE story of ‘Little Messi’ spread quickly around the world.

Most of these articles had a photo of Zayn - small and smiling and with a crop of dark curls - standing next to a crouching Per Mertesacker, the German World Cup-winner and now head of Arsenal’s Academy.

The tone was generally celebratory. After all, who doesn’t love the tale of a sporting prodigy? More serious questions soon followed though.

The kid who got scouted by Arsenal while still in nursery. pic.twitter.com/tUXuY64YPn

Why were Arsenal recruiting at such a young age? Was this an example of Premier League clubs commoditising toddlers?

Nick Levett, the Head of Coaching at UK Coaching, captured the mood of many, tweeting: “Frankly one of the most ludicrous things I’ve seen. That isn’t talent identification with an ounce of common sense or evidence. And who has put the story out there? The club? Doubt it. Parents?

“Let kids be kids and stop this pathetic race to the bottom.”

Soon the North London club were compelled to comment.

“At his current age, Zayn is not part of the official Arsenal Academy,” an Arsenal spokesperson said. “He is currently enjoying football sessions at the West London Development Centre, one of the centres we run across London, providing fun football sessions for Under-6s to U8s.

“The youngest age group at the Arsenal Hale End Academy is the U9s. Our mission to be the most caring and challenging football Academy is reflected in the way we develop our young people.

“The priority is to ensure that any child attending the development centres or our Hale End Academy enjoys their football, with a focus on their all-round development and wellbeing.”

So what was the background to the story and how did it come about? To find out more, I spoke to some of those most closely involved, including Zayn’s father and his grassroots coach.

The Salman family live in Northwood, North West London and Zayn’s father, Ali Salman, told me he owns "a few restaurants and a watch boutique in Hatton Garden" and isn't "trying to chase attention or clout."

He said he became aware of his son’s exceptional abilities as soon as he entered the world - literally. In the video that started the frenzy (which you can watch above), broadcast on the BBC's Asian Network on October 19th, Salman said: “I realised (his talent) the moment he was born. The nurse put him on his stomach and he literally lifted his head up and started looking around. She was shocked. Could tell he was very strong from a very young age.

“That kind of set the tone for his upbringing. You could tell he was different from all the other kids. The thing that really stood out was his balance. He had unbelievable balance from a very young age.”

Salman said the Asian Network had contacted him about doing a story on his son “probably after seeing his Instagram.”

This account now has more than 23k followers and contains videos showcasing the child's skills, photos of his life both on and off the pitch, and posts written as if by the five-year-old himself. There are also details of sessions he does with private technical and physical coaches.

The account is in Zayn's name, even though you're meant to be 13 to use Instagram (you have to put in your date of birth to open an account and it’s automatically refused if you’re younger). Salman said: “Zayn doesn’t even know what Instagram is, he’s only five. We run it for him.”

The photo with Mertesacker, posted at the start of September, was "just a photo we took when Per was at the Socagemz Academy."

The child was spotted when he was four-years-old by Arsenal 'talent scout' Stephen Deans during a session at the First Touch Academy in Northwood, where he plays on Saturday mornings.

In the Asian Network video, Deans, who is also the Managing Director of the CSR Academy in Harrow, explained: “This kid is doing something he shouldn’t be doing.

“The way he is striking the ball looked too sharp for his age. Now we are here. Brought him in for a few of our sessions and he’s actually been doing it in real time, so it’s not a one-off, he’s been doing it consistently.”

Salman said the story “blew up like wildfire” after the Asian Network piece. Zayn was invited onto BBC Breakfast in Salford Quays and then to Manchester United's 3-2 Champions League win over Atalanta at Old Trafford by England winger Jadon Sancho.

"Jadon's agent Emeka (Obasi) is one of my good friends," explained Salman. Pictures of Zayn alongside the player were posted on his Instagram.

As well as appearing on the BBC, there were stories about Zayn in most of the national newspapers and on ITV and Channel 5 News, as well as on other outlets around the world.

His father said "the media added salt and pepper" to the story by saying Zayn had "signed" for Arsenal and that "we made it very clear on our social media that this is not the case."

Nevertheless, he understood the level of interest because “it's not normal for a club like Arsenal to scout a four-year-old" and "it's good that people are recognising the talent of my son."

Professional clubs are only allowed to register players from the U9 age group (eight-year-olds are signed on the third Saturday of May every year) and at this age they can have six to eight hours of coaching per week.

Zayn was spotted by Arsenal when he was playing at the First Touch Academy in Northwood. Gavin Brown (pictured below) founded the Academy along with Austin Schofield, who featured in the Asian Network piece.

As well as his work with First Touch, Brown is also the pre-Academy phase lead at Watford and wrote a dissertation on “de-selection and identity disruption in elite level youth football” for his degree. 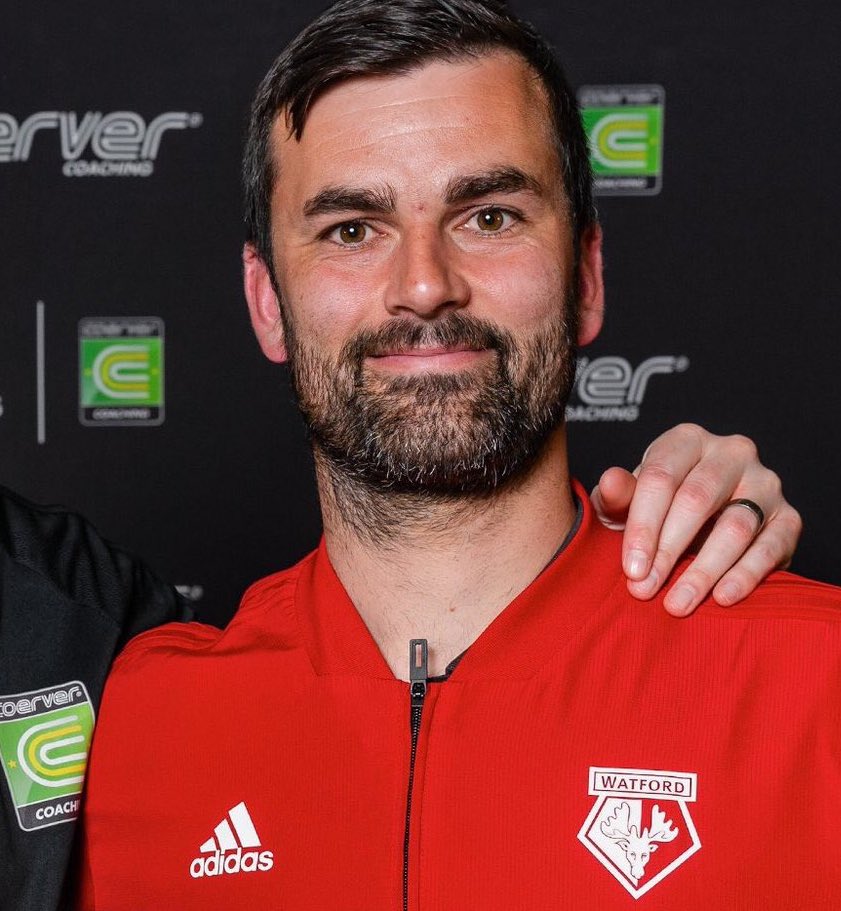 He told TGG that Zayn was "an unbelievable talent" but that he was uncomfortable with the way the story had been reported and was urging caution from his family.

“We run a grassroots Academy, for four to eight-year-olds, on Saturdays,” Brown said. “We aim to provide a platform for kids to learn the game and play in a fun environment.

“Zayn started with the U4s but it soon became apparent he was way beyond that level. We moved him up two age groups and his dad wanted him to move up another.

“He’s an unbelievable talent, but we need to keep his feet on the ground and let him enjoy the sessions. I thought the reports needed more balance, because you can't 'sign' kids at four and I don't think we should be building them up as superstars at that age anyway."

In the Asian Network video, the reporter explained that Zayn has been playing up with “seven, eight, nine-year-olds”. The boy himself then said, “That feels really bad because it’s a bit hard.”

Brown's research for his dissertation revealed that there is a danger of children “developing a one-dimensional identity” if football becomes the centre of their world too early in life.

“In that case everything you do is about football,” he explained. “Your mates are all from football, you spend all your spare time playing football, you feel you’re valued because you’re good at football.”

Levett has previously spoken to TGG about this and calls it “identity foreclosure.”

“In that case the child has an identity without having explored other options or ideas,” he said. “When that’s shattered there can be wellbeing issues. At the age of 10 or 11 they are in a better place to cope with that, but not at four.”

Salman said he has taken this on board and that his son is simply “doing what he enjoys." He added: “We will keep focusing on the training and protecting him.”

This brings us onto the wider issue of pre-Academy football. Should pro clubs be scouting at the ages of four and five? Does this create an environment in which children and their parents are desperate to be spotted and affiliated with clubs?

Would children be better just playing grassroots football at the younger ages, especially when the correlation between ability at pre-Academy level and as an adult player is weak, at best?

The Premier League had planned to introduce pre-Academy regulations last year, including provision around the welfare and safeguarding of children and how they should be coached, but are still yet to do so (they would need the agreement of 14 of the 20 Premier League clubs to bring in the new rules).

Gregg Broughton, Academy Director at Bodø/Glimt in Norway and formerly of Luton Town and Norwich City, recently told the TGG Podcast that "in a perfect world" grassroots clubs in the UK might be able to cater for the younger ages, but that we're not in a perfect world.

"They would have brilliant facilities, educated coaches and a really good development environment," he said. "I think that’s probably the bit the UK is missing out on compared to other European countries, where those facilities and coaching structures are in place.

"There’s a dramatic lack of funding. Astroturfs stay locked in the evening, you can’t get access to them. So the Academies almost take responsibility for that lack of funding in society. Also, sport in primary schools is underfunded, underdeveloped, and teachers have a lack of support around them to develop that.

"One of the observations any Academy leader will give you is that players are coming in with movement skills that aren’t as good as 15, 20, 30 years ago.

"Players aren’t outside playing in the street and climbing trees and doing these things any more, they’re inside playing computer games and there’s a fear to let your child go outside and play.

"Academies have almost become the substitute for that and serve an enormous purpose. If you take that development work away they do with seven, eight-year-olds, you cause a problem further down the line, because that infrastructure and funding isn’t there.

"Should football maybe help with that funding? Should some of the Premier League money go towards that? Yes. But the government has to do more as well."