GEORGIE BRUINVELS is the crusader female athletes like Paula Radcliffe had been hoping for.

More than half of elite women say menstruation affects their training and performance, a third are heavy bleeders, and several – including long jumper Jazmin Sawyers just a couple of weeks ago - have had to pull out of major competitions because of periods.

Yet the issue is rarely spoken about, very little research into it has been done, and training is seldom tailored to take account of it.

A few years ago, a despairing Radcliffe said: "Doctors in sport are often men and they don't understand. You need women who understand to give more evidence and have more studies done, because it's only a small group of elite sportswomen who have tried to do things to control their period."

Step forward Bruinvels, an elite long-distance runner, PhD student, and full-time sport scientist and researcher at the Irish sports and data science company Orreco. Last year, her research paper on sports, exercise and the menstrual cycle in the British Journal of Sports Medicine got people talking about the issue; now she's launched a groundbreaking app to help female athletes.

FitrWoman is available free on iTunes and was featured in Apple's 'Apps We Love' last week. It gives women personalised, daily recommendations tailored to their cycle and Bruinvels hopes it can enable a ‘no excuses’ approach, meaning no athlete is forced to pull out of competition because of their period again.

“People don’t really talk about the menstrual cycle, people just accept the fact it can affect their performance,” she told TGG. 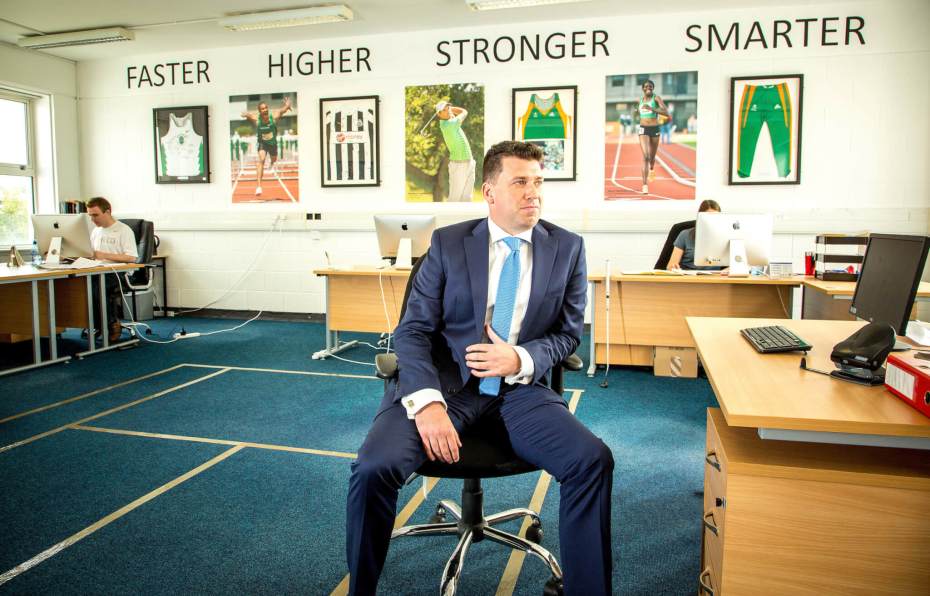 “No-one has known what to do, what the best interventions are or what’s the best advice to put around it. That’s because it’s historically a taboo subject. People have said that the menstrual cycle can cause negative effects on performance but haven’t known why.”

Bruinvels conceived the app with Grainne Conefrey, Orreco’s product development manager, and they worked on the design and development with Dublin's Tapadoo.

Conefrey explained how it works: “Users start by putting in their typical cycle length, period duration and the date of their last period. From that, the app is able to calculate where the user is on their cycle.”

Research by Orreco's team of sports scientists, as well as peer-reviewed work, is used to give specific advice on training and nutrition on each day of the cycle and there are also insights into injury prevention. 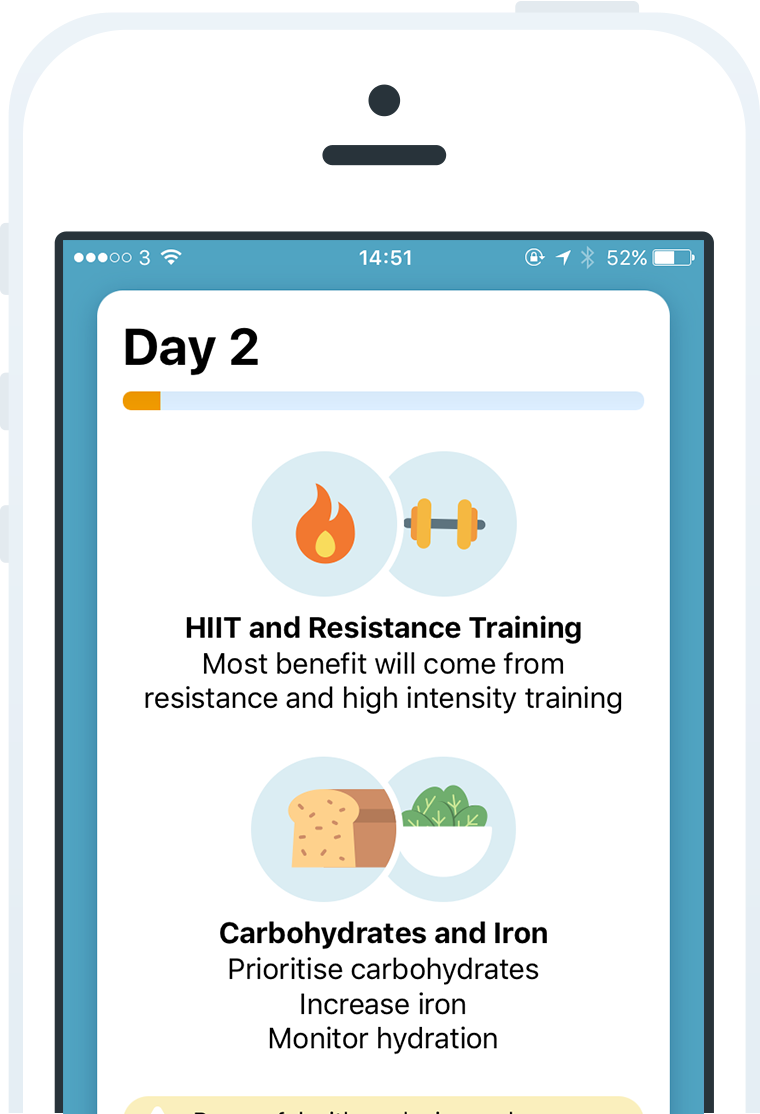 Daily alerts are delivered with information on metabolism, oestrogen and energy levels, blood pressure and muscular development. For example, on days two to five of the cycle (right), users are encouraged to do high-intensity interval and resistance training, while eating a diet rich in carbohydrates and iron.

If you tap the card, it spins to explain the physiological reasons for the advice: oestrogen and progesterone levels are low and there is increased inflammation in the body due to low hormone levels. The response of the muscles to resistance training is likely to be good and users will have higher pain thresholds on these days.

As they say, knowledge is power, and some of the advice is crucial: there is a particular susceptibility to ACL injuries during ovulation; the ability to build muscle is greater in the first two weeks of the cycle; hormonal imbalances cause core temperature to rise; and menstruation is the leading cause of iron deficiency in female athletes.

FitrWoman was officially launched on June 9th at the Female Athlete Conference in Boston and the response so far has been very good. Celtic Women were the first users, testing it out and giving feedback since January.

Their strength and conditioning coach, Andrew Wiseman, told TGG: “The players who have used it have given brilliant reviews. The app has influenced how we train and informed us about how we can protect players.

“It has made us more aware of physiology during cycles, allowing us to adapt, doing things like avoiding explosive work in the mid cycle, when a player might be weaker. It gives players more information, which had been lacking before.”

There’s potential for the app to become more athlete-specific, as well as for broadening it out to the general population.

“It’s so transferable,” Bruinvels beamed. “Periods affect your work, sleep, mood - there’s so much potential. This is a statement of intent. The plan is to keep progressing and driving the research further."

She speaks machine-gun fast and you’re left in little doubt about her ability to accomplish all this. After all, this is a woman who won the 2015 Manchester Marathon having never even competed at the distance before, simply saying, “I didn’t really know what to do, so I just ran.”