EXCLUSIVE: Man City to appoint new U23 & U18 bosses

Harsley (left) is vacating his U23s job, while Taylor has departed the U18s

MANCHESTER CITY are set to make significant changes in their Academy this summer, with both the Under-23 and U18 lead coach roles becoming available.

It was common knowledge that the U18 position was vacant, because Gareth Taylor was announced as Manchester City Women’s new manager last week.

However, TGG can reveal that both the U23 Head Coach and assistant roles will also be replaced. City have decided not to renew the two-year contract of Paul Harsley, while his assistant Ben Wilkinson will take on another role in the Academy.

Harsley announced the news to his staff last week and could remain with City Football Group in another capacity in the short term at least, although nothing has yet been confirmed.

The former midfielder, who made 500 appearances during a 17-year playing career, was recruited from Barnsley in June 2018 to become City's U23s lead. He replaced Simon Davies, who initially moved into a Head of Coaching role at the club before moving to Anderlecht with Vincent Kompany.

City’s Academy Manager, Jason Wilcox, heralded Harsley as “a forward-thinking coach who has had an extensive playing career and comes to us with an excellent reputation of working with young players.” 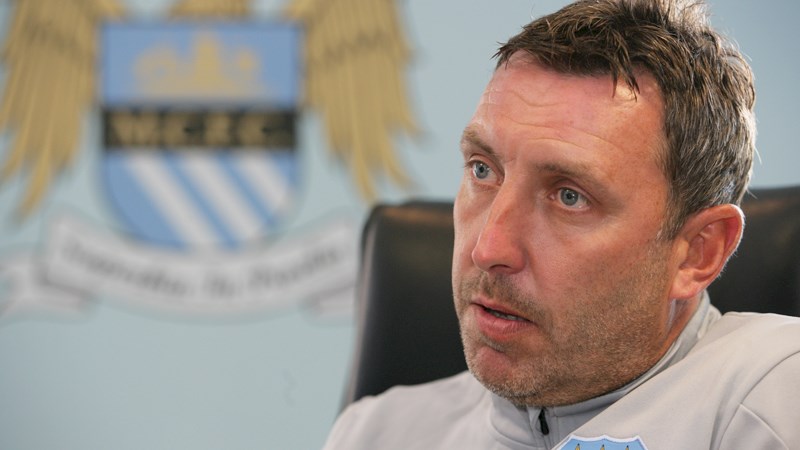 Wilkinson, the son of former Leeds United manager Howard, joined the club in July 2018 from Sheffield Wednesday, where he had spent almost eight years with their Academy.

City’s U23s finished eighth in this season's Premier League 2 Division 1, which, along with all other Academy competitions, ended prematurely because of the coronavirus pandemic.

However, there was a remit of not only results but also fielding younger players and deploying a style closely allied to that of the first team. When Wilcox was made permanent Academy Manager in October 2018, he insisted that winning was not everything.

“You learn by failing,” he said. “When I’ve looked at our winning % across the board in 2015/16 and 2016/17 they’ve been above 80% at all the age groups. “I don’t think we’re preparing the boys for professional football. My emphasis is firmly on developing players and winning is a by-product of that.

“It takes courage to make change and take risks. To lose matches is not a big problem when it’s put into context and we’re challenging the players.”

Former Wales international Taylor, who has been with City’s Academy for 11 years, had led the U18s for the last three. His team were top of the U18s league when the season was curtailed.

Last week he took over from Nick Cushing as City Women’s boss and said: “I’m under no illusions - I need to be successful and I’m confident I can be.

"There’s always pressure when you go into first-team football, no matter what the level is, whether the objective is fighting for survival or trying to win competitions.”