LIVERPOOL’S Andy O’Boyle has been appointed as the new Head of Elite Performance at the Premier League.

The Irishman replaces James Bunce - who has become US Soccer’s Director of High Performance - in the prestigious role. O’Boyle had been at Liverpool since July 2011, first as head of elite fitness, then as first-team fitness coach since October 2015.

He acted up as head of fitness and conditioning for four months last year following the sudden departure of Ryland Morgans. However, manager Jurgen Klopp opted to bring in Andreas Kommayer from Bayern Munich to take the job on a permanent basis in July, meaning O’Boyle had to drop back down to his old position.

O’Boyle was born in Ballymena and grew up on his family's farm in County Antrim. He went to Liverpool University and also won a football scholarship to Rhode Island in the US.

His first job in football was with the youth teams at Wrexham and he soon progressed to first-team duties at the Welsh club.

He was offered a role at Manchester United’s academy in 2008, but instead opted to become Head of Sports Science at Coventry City. 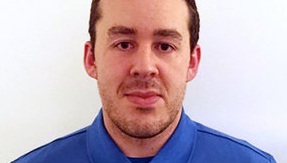 A role with the Football Association, as Under-21 physical performance coach, followed, before he made the move to Anfield in 2011.

The Premier League have been looking for a new Head of Elite Performance since February, when Bunce left for US Soccer. Dan Hunt had been the first person to fill the role, in November 2013.

He left to become Head of Performance at British Ski and Snowboard and Bunce was promoted from Head of Sports Science in October last year.

Although the Premier League’s performance department does not work directly with any players, it has been influential in introducing a number of new programmes and initiatives at the top level. These include biobanding; improving communication and information-sharing through the performance management application; and introducing benchmark fitness testing across the League.