Rooney: One of 46 Academy players to have featured in the 1,000 consecutive games for Everton

EVERTON named an Academy graduate in their matchday squad for the 1,000th consecutive game on Sunday when Wayne Rooney and Tom Davies were included against Manchester United.

They are only the second Premier League outfit to reach the 1,000 mark, after Manchester United. In total, 46 Academy-developed players have made at least one first-team appearance for Everton during those 1,000 games.

The incredible run started in the European Cup Winners’ Cup in October 1995 when David Unsworth was named in Joe Royle’s side for the 0-0 draw with Feyenoord at Goodison Park.

Fittingly, Unsworth is now assistant manager of the club’s Under-23 side.

“I wasn’t aware that I started the run but it’s nice that it’s the case and I’m very proud of it,” Unsworth told evertonfc.com. “I remember all of my first games like they were yesterday.

“I still have very good connections with all of the coaches that helped me at that time when I was a YTS, some of whom still work for the Club now. That means a lot to me. It’s so true what Alan Ball said, ‘Once Everton has touched you nothing will be the same’. 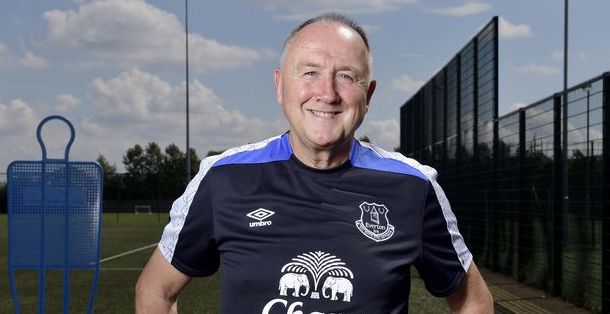 “It’s a wonderful feeling to have great memories and a lot of history with people you still work alongside. It creates a special atmosphere. Having experienced coming through the system and playing for the first team myself, I know just how special this place is.

“That’s the message that myself and every single player who has been just as fortunate as I have been constantly drum into these players. When you get there it’s just the best feeling in the world. I’ll never stop banging that drum.

“What I also know - and what I’ve witnessed since coming back here as a coach - is that the instant bond the players strike up with our fans is unique. You can feel it. When a young player breaks through, the fans are just desperate for them to do well. I had that when I played.

“The Evertonians were brilliant with me, even in the tough times. My relationship with them has always been outstanding and our players are very lucky that they’ll get that backing if and when they make that step.”

“I know I’m top of the Academy pyramid in terms of leading the teams into the first team, but there are so many people who have so much influence throughout the journey of every individual player here.

“There are a lot of people who do so much great work and that’s not just the coaches - it goes into every department that makes up the Club. There are good people, good Everton people everywhere.

"They’re always accepted. When former Everton players come to the end of their playing careers, there’s a natural pull to come back and learn the ropes as a coach here. We embrace that. We welcome our former players with open arms, because we really are a family here.”