Dermot Drummy was sacked by Crawley Town in May 2017

RENOWNED youth coach Dermot Drummy took his own life six months after losing the manager's job at Crawley Town, an inquest has heard.

Drummy’s body was found in woodland near the A414 in Hoddesdon, Hertfordshire, on November 27th last year. The 56-year-old had been seeing a counsellor for his “low mood after losing his football job”, his GP told the inquest at The Old Courthouse in Hatfield.

Drummy was appointed manager of Crawley Town in April 2016 before being sacked in May 2017. Prior to that, he had been one of the best known and most respected coaches in the whole of Academy football.

During a decade with Arsenal, where he himself had played as a youngster, Drummy helped bring through future England internationals Jack Wilshere and Kieran Gibbs and Spain star Cesc Fabregas. At Chelsea, who he joined in 2007, Drummy was a key figure during a period of unprecedented success for their Academy.

Michael Beale, Liverpool's Foundation Phase Head of Coaching, who worked with Drummy at Chelsea, described him as "always passionate about young players" and possessing a "fantastic sense of humour." 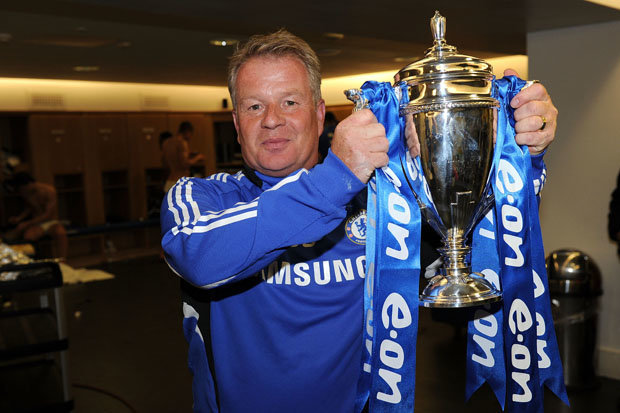 Bournemouth defender Nathan Ake, who was part of the 2012 FA Youth Cup winning side, paid tribute to a "great person and a great coach."

At the inquest, Detective Constable Elaine Adams of Hertfordshire Police said police had received a call from Drummy's wife at 9:57am on November 27th saying he had gone missing, which was "out of character".

Police discovered his body in woodland and he was pronounced dead at 12:29. A note was later found from Drummy to his family in which he signed off "I hope you forgive me".

Detective Constable Adams said there was "no reason" to believe there were any third-party influences in Drummy's death. Edward Solomons, assistant coroner for Hertfordshire, recorded a verdict of suicide and said ”it was clear he was tremendously loved".

The League Managers' Association says its members have access to a wide range of support services for mental health issues.