Does sports media have a diversity problem?

JOHN BARNES laid down the challenge.

“I would like to see a piece about how many, or how few, black sports journalists there are,” he told us. “I have never seen a piece on that - probably because it would shine an unwanted spotlight on the media.”

The former Liverpool and England legend had a point. While there have been plenty of pieces about the lack of black managers and coaches in football, we haven’t looked at the issue in our own industry.

As a sports journalist of duel heritage, this is an issue that has troubled me for a while, although I’ve kept it under wraps until now.

In my five years as a sports journalism student, I was the only black person in a class of 24. And at my current employer, Perform, I am the only person of black, Asian and minority ethnic (BAME) background in the office.

A 2016 study carried out by Black Collective of Media in Sport (BCOMS) found that just eight of the 456 UK print and broadcasting staff (1.75%) taken to the four major events last summer - the Rio Olympic and Paralympic Games, Euro 2016 and Wimbledon - were BAME. 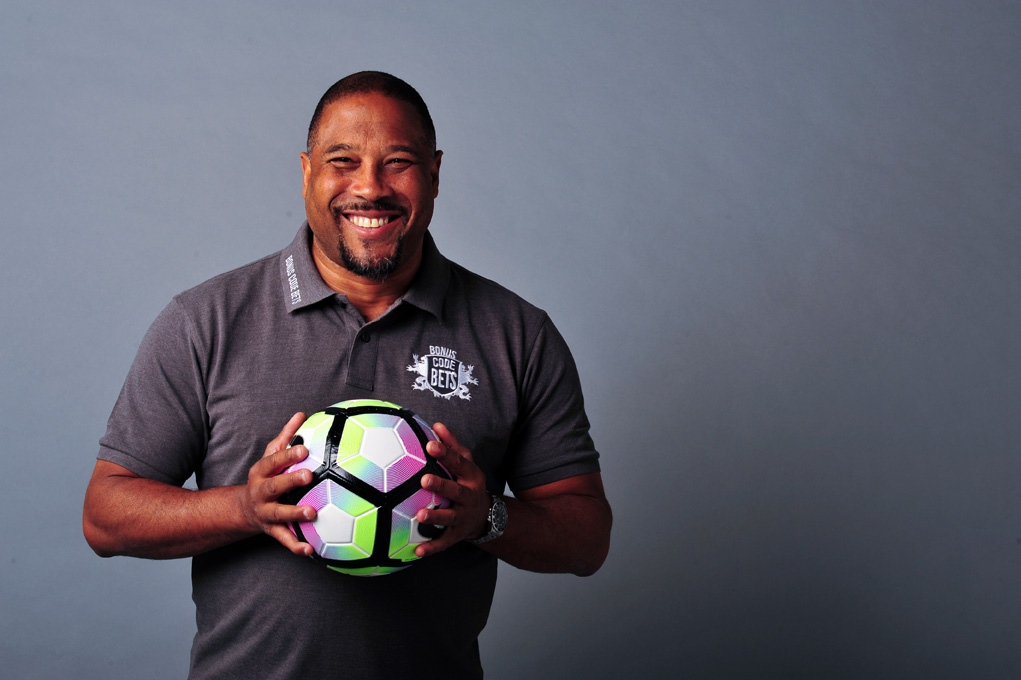 Yet 14% of the UK population is non-white, according to the 2011 census. That proportion is much higher if we look at the make-up of the sports teams and events our journalists are covering, especially when it comes to football.

A recent study found that 33% of the starting line-ups on the opening weekend of the 2017/18 Premier League season were BAME, up from 16.5% when the league started; and 39.1% of the England squad that travelled to the 2016 Euros were BAME.

With stats like this, how can we say that UK media is representative of the population as a whole, or of the sports and events it’s covering in particular?

Leon Mann is an experienced broadcaster and journalist who has worked for national organisations including the BBC and ITV. In 2009 he set up BCOMS.

“Being a black person in the sports media, it’s uncomfortable to look around and be one of only a small handful of people who are not white,” he told TGG.

“We have an issue and, until very recently, there was nothing being done about it. That’s the reason I had to do something – with the help of many others from within the black community and outside - to address the issue.

“From the outside it might look like we’ve cracked it, because there are quite a few black former players in the shop window as TV pundits. But for people who haven’t been capped by England or won a gold medal, it’s incredibly hard. And the newspapers are even worse.”

This is a theme Barnes picks up.

“I can only ever recall Darren Lewis being in the mixed zone during my playing career,” he says. “It has changed now but even that change is slight.

Leon Mann: Set up the Black Collective of Media in Sport in 2009

“There is unconscious bias in us all. When the time comes for employers to say who they think is aptly suited to a particular journalism job, unfortunately black people are at, or near the bottom, of most lists.

“It is to do with a perception that certain people have to do certain jobs, whether that's because of the way they look, speak or act.”

For almost two decades, football writer Lewis has been the most high-profile black sports journalist on a national newspaper. He started working as a staffer for the Mirror in 2000 and has since become a regular on TalkSport and Fox Sports as we.

Lewis says the plight of black sports journalists has improved dramatically since he started out in the industry, pointing to the fact that Dean Wilson is cricket correspondent and Adrian Kajumba football reporter for his own newspaper.

But he does acknowledge that work still needs to be done.

“Leon [Mann] is completely right to highlight these issues,” he tells TGG, "although the situation has improved greatly for black reporters, producers and broadcasters. We need to be positive, because the opportunities are there.

“When I was growing up, black people would look at TV and not see anyone like themselves. There were never any positive role models. When I started at the Mirror in 2000, there was only really one other black sports journalist on a national publication - Rodney Hines, who was and still is the sports editor of The Voice.

“So the landscape is very different now. Eight to 10 years ago racism and sexism were not being adequately covered. It’s much better now and diversity has only really come about in the last 10 years.

"My ambition was always to get in a position on a national newspaper by virtue of my ability, showing people from a similar background that they could do it too. No-one wants to be in a position because of a quota.

“Now there are many talented people at so many levels doing so many different jobs in the sports media. And it’s not only sportsmen, it’s ordinary people like me, like Hugh Woozencroft at the BBC, and that’s good to see. We need to have accurate representation of the consumers of the media and the participants in the sports and this is still not entirely the case."

In broadcasting, Woozencroft is a sports presenter for BBC News, as is Jess Creighton. Elsewhere Stephen Lyle is commissioning sport editor for Channel 4.

Damian Johnson has been a prominent broadcaster on TV for almost three decades. He is a familiar face (and voice) on Football Focus, Final Score and Look North. 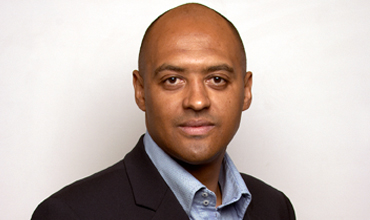 "Change is happening at a snail's pace, but it has improved" Damian Johnson

Johnson joined the BBC from commercial radio in 1989 as a producer, before moving into broadcasting.

“I worked in local radio to start with and certainly had that moment where I realised I was the only black face in the building,” he remembers.

“Other than Trevor McDonald, there wasn’t really anybody else who was black and on TV. And in terms of sports broadcasting there was absolutely nobody at that time.

“I can’t remember a scenario in my early days where I though, ‘yeah, he or she looks like me’. When I started it was a novelty. Now, it still is, but not as much.

“Change is happening at a snail’s pace, but looking back 30 years, I can see where it has improved. I see more and more black faces in the press boxes and in mixed zones now.”

Johnson says he has never been approached to recommend any black journalists for jobs, although in his early days in local radio there was a minor attempt to redress the balance.

“One day we had a black guy who worked in the industry come in and give a presentation about the lack of diversity,” he recalls, “but it was less about getting more black faces involved and more about how we word stories that are racially sensitive.”

“It might be naïve of me but I never saw my race as an issue. When I was applying for roles I always thought the thing holding me back was not having the experience, but at no point did I think being a black person would hinder me, or that I was going into an industry dominated by white people. That never crossed my mind.”

Simmonds does recognise the under-representation of BAME journalists in the sports media as a whole though. He says we need look at wider societal issues too – starting at home and at school.

“I think part of the problem is that a lot of young kids – and young black kids in particular - don’t read or write enough,” he says.

“My friend is a teacher and she says she has real problems getting her black kids to write. They don’t want to do it. So I went to the school and spoke to the whole class and told them about how they could make a career writing about sport. Once you make it fun they will want to do it.”

An associated problem, he says, is the lack of role models, a chicken and egg situation.

“I think back to when I was growing up and I didn’t know being a paid sports journalist was a viable career option,” he says. “It was only because I really liked football – but wasn’t good enough to play – and really liked reading that I thought I could combine the two.

Mann agrees: “We absolutely need to make more black journalists, more mixed raced journalists, visible. By doing that we will encourage the next generation to come through and feel that they have a place in our industry.

“There’s an understanding that media organisations haven’t been advertising their jobs in areas where they would get diverse applicants and an acknowledgement that ‘maybe we ourselves and our coverage have put off people wanting to be part of our businesses’.”

As I said at the start, I haven’t really seen diversity in my early forays into sports media. But speaking to Mann, Lewis, Simmonds and Johnson has given me hope that things can continue to improve and get better – and hopefully at a more accelerated rate than they are now.

The BBC had a target for 14.2% of its workforce to be BAME by this year (they fell a couple of % short) after former Director General Greg Dyke described the organisation as ‘hideously white’ back in 2000. And Channel 4, which employs Lyle as its sports commissioning editor, has a more ambitious target of 20% by 2020.

As Lewis says, I ultimately want to be there on my own merits, the same as anyone else. All you would ask for is equality of opportunity.