The Sao Paulo assistant tweeted: “Interesting to know if a German or European club would have given same opportunity to a current U23 coach in England? If not, why not?”

Farke, 40, had been Dortmund’s reserve-team boss for 18 months. Before that he managed SV Lippstadt 08 in the lower reaches of the German leagues.

Few can resent a young coach being given a big opportunity, but how many English coaches have been promoted from the Under-23s to first-team management?

Warren Joyce did get a chance at Wigan, but lasted less than a season. Other than that, it's hard to think of many other examples.

Norwich's Sporting Director, Stuart Webber, suggested the reason is that Germany’s B team system is far stronger than England’s Premier League 2 and Under-23 leagues.

“We’re not bringing in a novice here,” he said. “What a lot of people might not realise is that Dortmund 2 play in a senior league – they don’t play in an Under-23s league in front of 200 people. 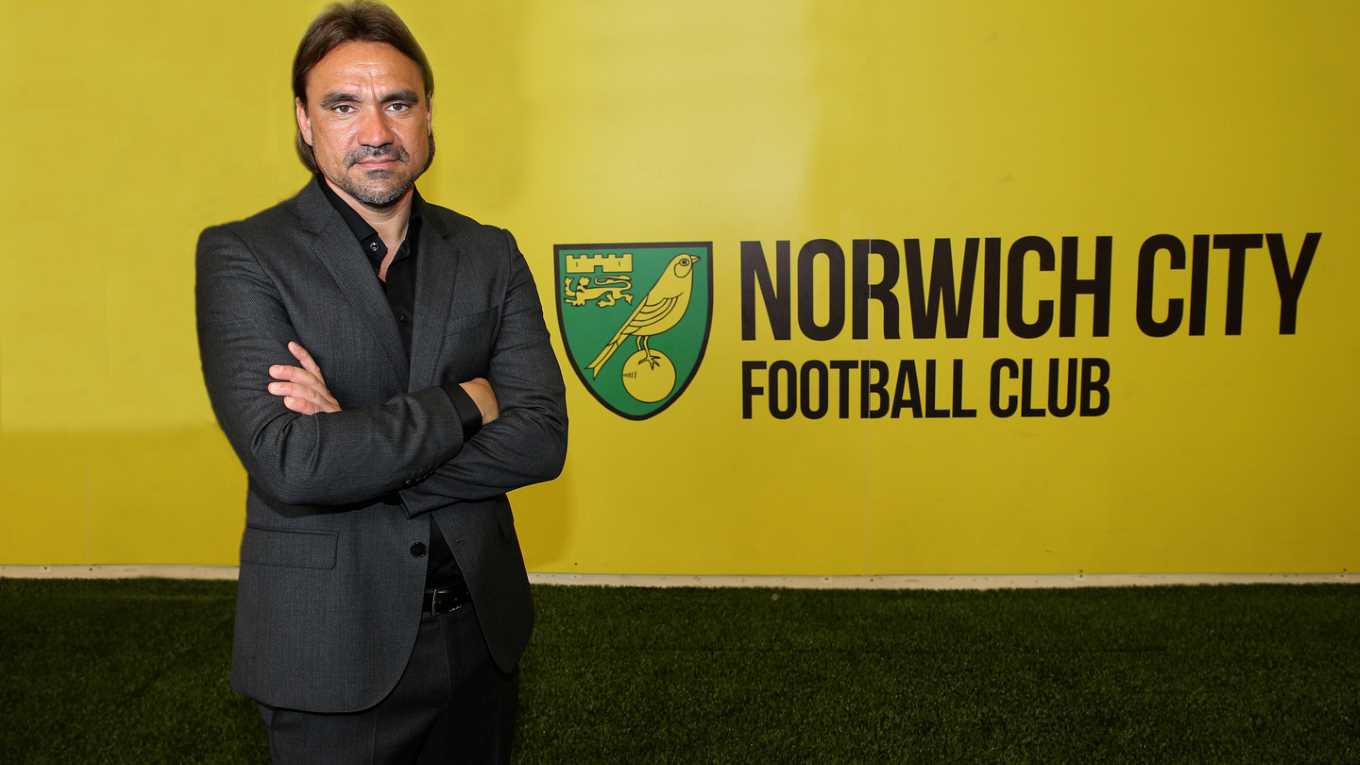 “There are times when they will have 10,000 to 15,000 fans at certain games. So they’re essentially a first team playing in a league, but with predominantly Under-23s in their side.

“He’s also had the chance to work with world-class players at Dortmund – first-team guys who have dropped down into the reserve team for sessions or games, as well as working with young players who he’s developed and pushed on into the first team.

“He’s worked with the very best, and he’s formed a close relationship with Thomas Tuchel, the Head Coach at Dortmund who has been widely touted as one of the next most important coaches in Europe.

“So the fact Daniel has developed alongside him was fundamental when we went for him. We want to be the very best football club we can be, and to do that we need people who have worked with the best people and developed some of the same traits.

“We felt the impact he’s had from being at a club like Dortmund can certainly be transferred to our club.”

Nevertheless, Dortmund 2 were still in the fourth tier of German football. But this is a familiar theme: namely that second teams in England are not playing a sufficiently good standard of football.

As recently reported by TGG, Pep Guardiola said: “The problem with the second teams is that the league they compete in doesn’t count, so the gap between the first team and second team is so big.

“They play between each other with young ages and no spectators. They [the young players] will come to the United States on our pre-season tour so we are going to see how they are. They are 16, 17 or 18. The quality is there, but maybe not in the next year.

“Next season most of them will be training with us and we are going to see how they are. The second teams in Spain, at Barcelona or Real Madrid, play in front of 40,000 people and every weekend in the second league.

"In Italy or Germany they are so tough, so demanding, they are playing with guys who are 28, 29 or 30 and that is the best way to improve, not training with the first team sometimes. Here they don’t compete, they don’t play with each other, they are good guys but after they have to play in Old Trafford and Stamford Bride.

“I don’t know if they are able to compete with them. But the league is what it is here and we have to deal with that.”

Brentford scrapped their academy this season in favour of a B team playing higher-profile friendlies, while Rangers have pulled out of the SPFL Development League to play fixtures against some of Europe’s biggest teams.

And it seems that not only players but coaches are being tarnished by being associated with Under-23 teams in England.