DAN ALTMAN admits, with some understatement, that his two years working at Swansea City were “often frustrating, especially towards the end”.

But instead of turning his back on football once he left the club in October 2018, he came away with a sense of renewed purpose.

“Coming out of the engagement with Swansea, I felt really confident in the metrics I was using,” the 45-year-old American, who had been Senior Adviser for Football Operations at the South Wales club, tells TGG.

The result is smarterscout, a “fast and easy-to-use platform for evaluating the performance of football players around the world.”

Altman says there are two main ways in which the platform liberates football analytics. The first is its price point, which means “advanced analytics based on models of the entire game are available to absolutely anyone who wants them for the first time.”

The premium option is $5 a month, while Altman argues that even the free tier offers “a huge amount of utility” and has “thousands and thousands of users.”

The second big liberator is the platform’s transparency, he says.

“There is an FAQ section on the site that explains exactly how the algorithms work. It doesn’t give every single formula, because we have to keep some of our intellectual property for ourselves, but you really understand heuristically how everything works.

“Any data analyst who is so inclined could re-construct something that’s quite similar, but we think they will find it easier just to come to our site.”

With the top package, users get access to 48 global leagues, right down to League Two in England, and can estimate a player’s performance if they were to move from one competition to another.

“We have among our clients some of the multi-club organisations, because this is an opportunity for them to see when players in different clubs in their constellations might be able to move one to the other.

“We have some of the most forward-looking organisations who have invested the most in data as part of our platform and also some of those who are able to invest the least.

“I think we are offering something different. Our price point is different, our visualisations are different, so it might come down to a matter of budget and taste. We think we have a unique niche.”

Having himself worked as a consultant for clients including City Football Group, and then as a senior adviser for the Kaplan-Levien Sports Group, which owns Swansea and DC United, Altman has interesting insights on how analytics are - and how they should be - integrated into football clubs.

At Swansea, Kaplan described his compatriot as “the final filter” on potential signings, although Altman says the reality was often being ignored.

He learnt two main lessons about how to effectively integrate a data analyst into a club. The first involves support.

"If you bring in a data analyst for the first time, someone who will change how things are done and think a little differently, that person is not the change agent,” he explains.

“The change agent is the person who brought them in. That person is the one who has to support and empower them throughout the organisation and say, ‘Ok, we are going to do things a little differently now, the rest of you guys are going to have to work with this new person.’”

“If that’s not happening, and the new person has to fight all the battles by himself or herself, it is going to be very difficult, because they are an outsider to start with.”

The second lesson was about trust.

“When I work with clubs, one of the first things I do is try and explain all the metrics I am using. It can probably be boring for a lot of coaches and scouts I am trying to do this with.

“We sit for an hour or two and I try and put mathematical models in terms everyone can understand. Doing that is important, because it is the first step in establishing trust.

“There are maybe even better ways of establishing trust. When Jurgen Klopp came into Liverpool, the data guys showed him videos they had picked out of games Dortmund deserved to win but didn’t.

“‘Our models showed you had a very high likelihood of scoring goals and winning these games.’ Klopp said, ‘Yeah, these were games we really should have won. You guys picked them out, there must be something to the work you are doing.'”

“There are ways to make it more vivid, but I had very limited opportunities to interact with the coaching staff and wanted to put it across as much as I could.

“Part of that was just down to my own situation. I’m based in New York, I wasn’t based in South Wales. I have a young family and couldn’t make it over there as much as it would be optimal to do.”

Altman adds that the way to build trust in analytics is not only through transparency but also “to make it empowering for the people who use it” and “one of the best things we can do is to use it to save time that coaches and other staff could otherwise be using for something else”. 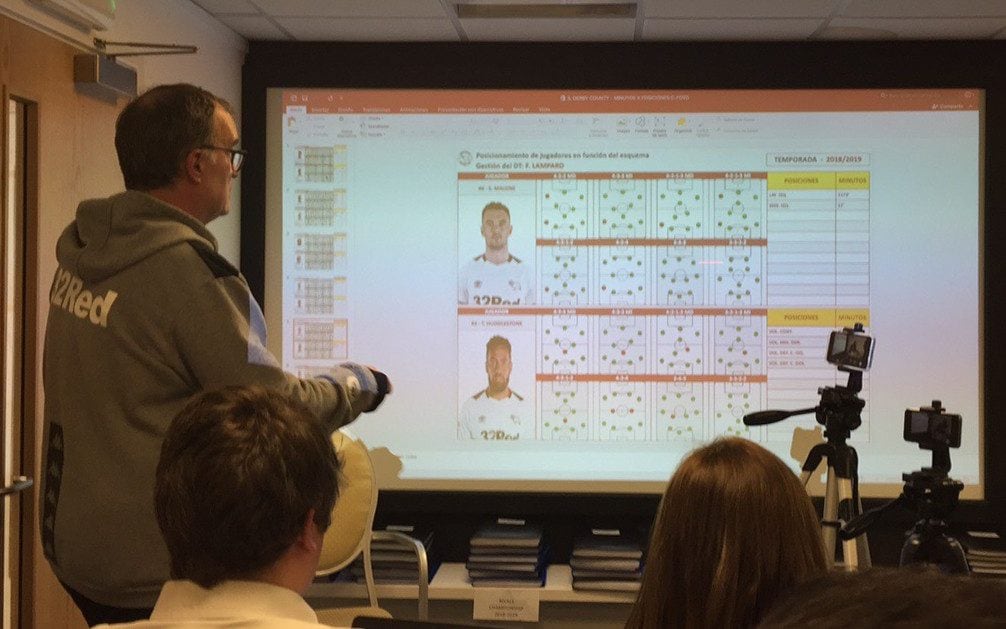 Many fans and members of the media marvelled when Leeds manager Marcelo Bielsa uncovered the work he and his analysts were doing last season (above), but Altman was amazed for different reasons.

“Bielsa is always talking about the hours and hours his analysts are putting in watching matches and I think, ‘Geez, some of the things he’s asking these guys to look for they could find instantaneously in the data and devote that time to something else.’ But he has his way of working.

“To do that from video you’d have to watch every minute of every match.”

Conversely, he doesn’t think data can answer all of the questions.

“When we are trying to bring together the machine and human intelligence we usually have four elements - the data, the video analyst report, the live scouting reports and what comes from the coaches.

“Why would you turn down any of those sources of information? It seems ridiculous.”