OVER the last decade, a number of scientific studies have confirmed that it takes several days to fully recover from a football match.

Physical attributes such as muscle strength and power are not restored to their pre-match values even two to three days after a match. This is largely due to muscle damage - microscopic tears in the bundles of muscle fibres we use to generate force and power.

These small tears are also thought to initiate feelings of muscle soreness, which, as any player will tell you, tend to linger for several days after a match or hard training session. These tears also cause inflammation, manifested as swelling and tenderness in the affected muscles, which exacerbate the decrements in strength and power.

Muscles do eventually resolve the inflammation, repair themselves, and regain full functionality but, for that two to three day period after a match, the significant loss in strength and power can impair performance.

One of the most popular recovery strategies are ice baths. This typically involves immersing the lower limbs in a 10 to 15° water/ice bath for anywhere between five and 15 minutes.

Cryotherapy chambers are also becoming increasingly popular with professional clubs. This method involves sitting or standing in a cryogenic chamber set to -110° C for two to three minutes.

The idea of both methods is that cooling the muscle reduces blood flow to the area, and this, in turn, reduces the build up of inflammation and swelling that is causing, or at least contributing too, the increased muscle soreness and impairments in muscle strength and power.

Yet, despite their popularity, there is little scientific evidence to suggest that ice baths or cryotherapy chambers actually have any benefits.

Or, if they do, they are minor or the consequence of the placebo effect. In other words, they do not offer any physiological advantages for recovery, such as a reduction in inflammation, but just the very act of using them makes the player think they have recovered better because that’s what they believe.

Another potential issue with ice baths or cryotherapy chambers is the logistics: not every club has the facilities to cater for their use or installation. So what do you do then? Also, in the case of ice baths, they are unpleasant! Understandably, players do not tend to like immersing themselves in freezing cold water for extended periods of time.

Taking these points into consideration, myself and a team of researchers from Northumbria University and The Nicholas Institute of Trauma in New York teamed up with Brighton and Hove Albion FC to investigate the effects of an alternative method of recovery.

This still involved cooling the muscles but, instead of asking players to immerse themselves in cold water after a match, we asked them to don a pair of specially designed shorts lined with cooling packs made from phase change material. 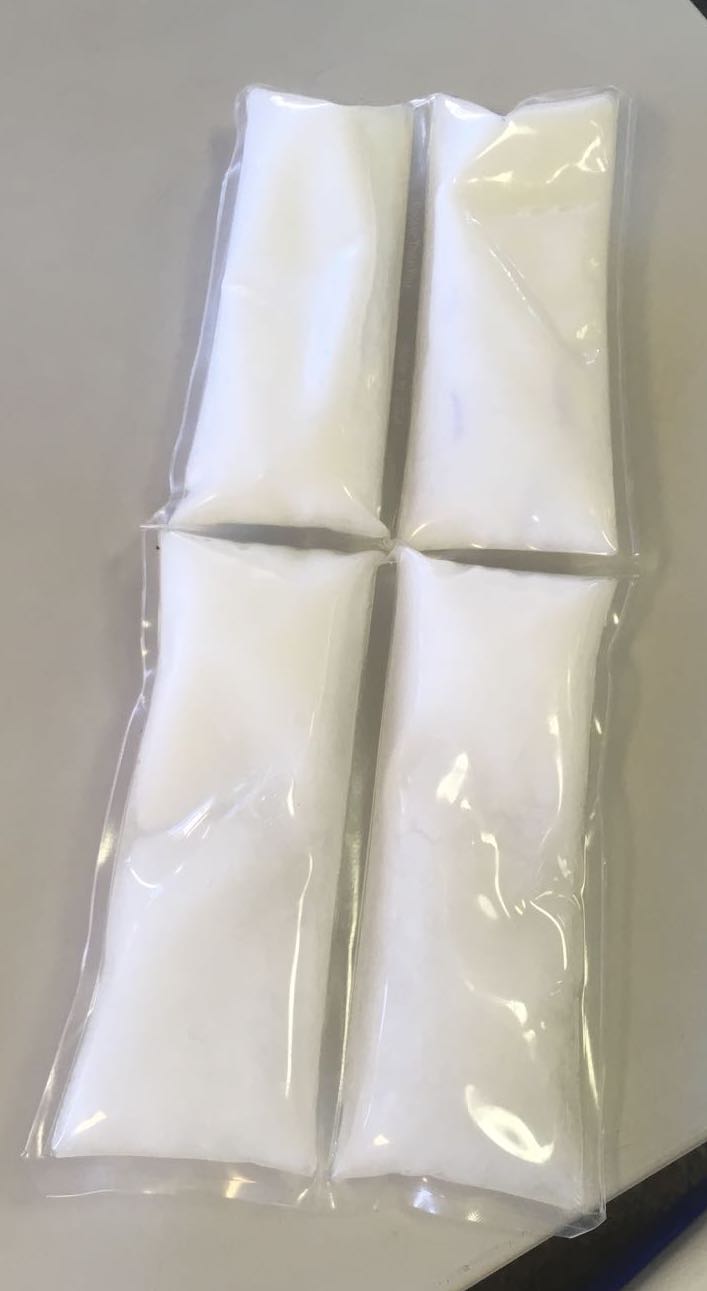 Phase change material looks just like gel packs, but what makes them so effective is that they absorb heat from the muscles while keeping a constant temperature of 15°.

What’s more, they can stay at this temperature for up to three hours before turning to a liquid and beginning to cool. Thus, within shorts, they can be worn for an extended period of time without significant discomfort (we had a hunch that one of the reasons ice baths were not very beneficial was because they were simply not applied long enough – for obvious reasons!).

After the first match, the players switched over and wore the opposing garments. Thus, all 11 players wore the two different types of garments (cooled or at room temperature) after two separate matches. To track the players' recovery, we evaluated muscle soreness, muscle strength and muscle power in the three days following the match.

We speculated that these benefits were due to the extended cooling period enabled by wearing the garments. In cooling the muscles, the garments might have reduced inflammation, which is believed to be a significant contributor to the muscle soreness and losses in muscle power and strength observed after a football match.

Although this awaits to be confirmed or refuted with further experimental testing, the initial findings from this study suggest these garments hold promise as a new and effective recovery aid following matches. The next step is to test whether they are more efficacious than (and preferable too) other forms of cryotherapy.

At the very least, these garments offer an attractive alternative method of enhancing recovery when access to ice baths or cryotherapy chambers is not available, perhaps in away matches or tournaments.

Dr Tom Clifford is a Teaching Fellow in Sports and Exercise Nutrition and Metabolism at Newcastle University. You can contact him on Tom.Clifford@newcastle.ac.uk