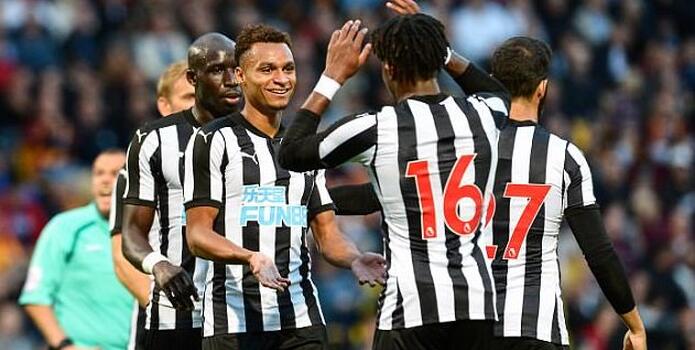 NEWCASTLE UNITED have been the youngest side in the Premier League so far this season, according to analysis by Ben Mayhew of Experimental 3-6-1.

Mayhew has ranked teams in all four English divisions according to the average age of their starting line-ups. He has also calculated the league minutes amassed by every player, before working out the age profile of each team, which he has then presented in the striking graphics below.

Mayhew has kindly given TGG permission to reproduce these graphics - and you can see his full piece of work here.

Here are the results for each division: 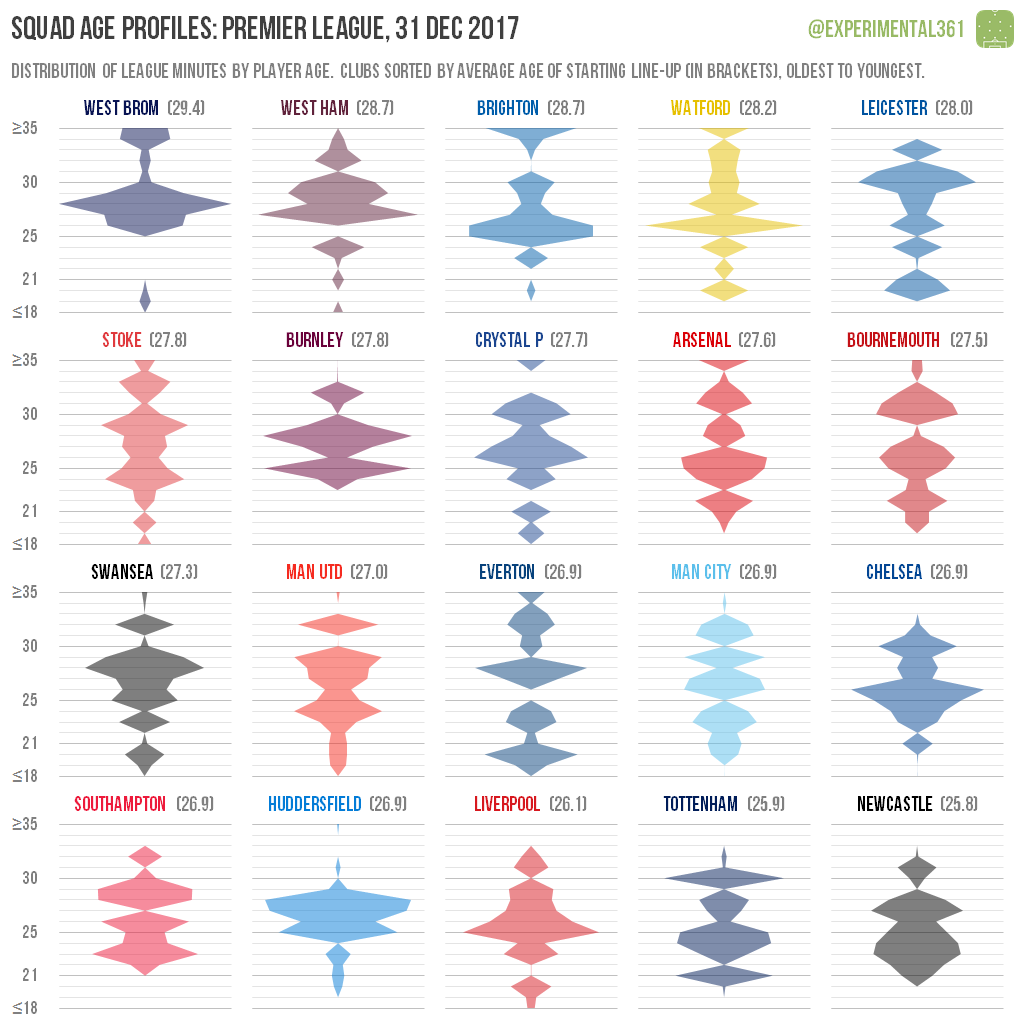 Newcastle United have been the Premier League's youngest team, with an average age of 25.8 for their starting line-ups.

The likes of Mikel Merino (21), Jacob Murphy (22) and Isaac Hayden (22) have all featured regularly for the Magpies this season. Manager Rafa Benitez has frequently said he needs more experience in order to thrive in the division.

The oldest team has been West Brom, with an average age of 29.4 and less than 3% of minutes going to players aged under 26.

The Baggies are the only team in the Premier League to have fielded a starting 11 with an average age over 30 - and they’ve done it four times!

In August, former Baggies boss Tony Pulis said he wanted half his team to be homegrown within two years.

The club’s Category 1 Academy has turned several highly-rated youngsters, including Sam Field, Rekeem Harper, Jonathan Leko and Kane Wilson, but Field is the only one to have featured for the first team this season.

Burnley, who have been one of the success stories of the season, have not fielded a single player under the age of 24 so far this season. 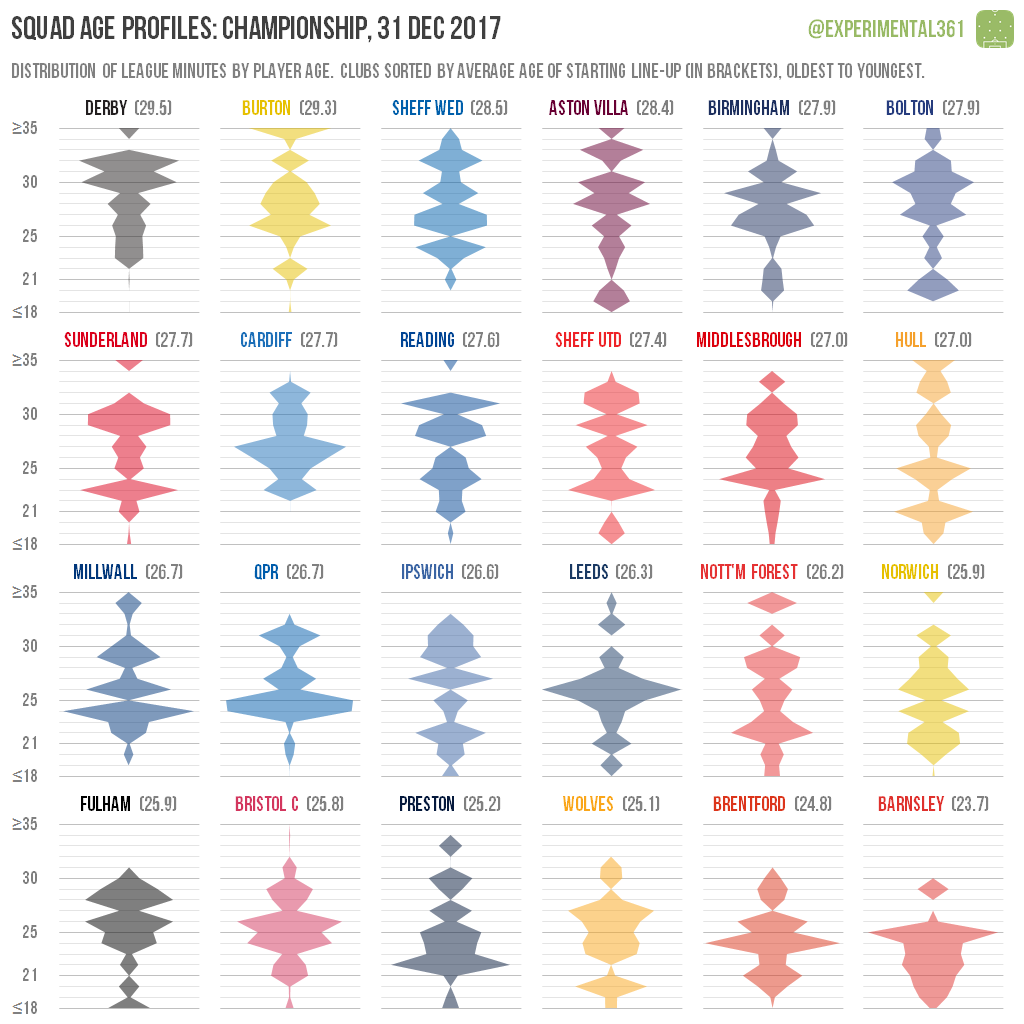 High-flying Derby County have had the oldest average starting line-up in all four divisions - 29.5.

Indeed, almost 57% of their league minutes have gone to players over the age of 30. Barnsley, who are yet to name a starting line-up with an average age over 25, are the youngest team by far.

They are yet to field a single player over the age of 30 and less than 9% of their minutes have gone to players over 25. 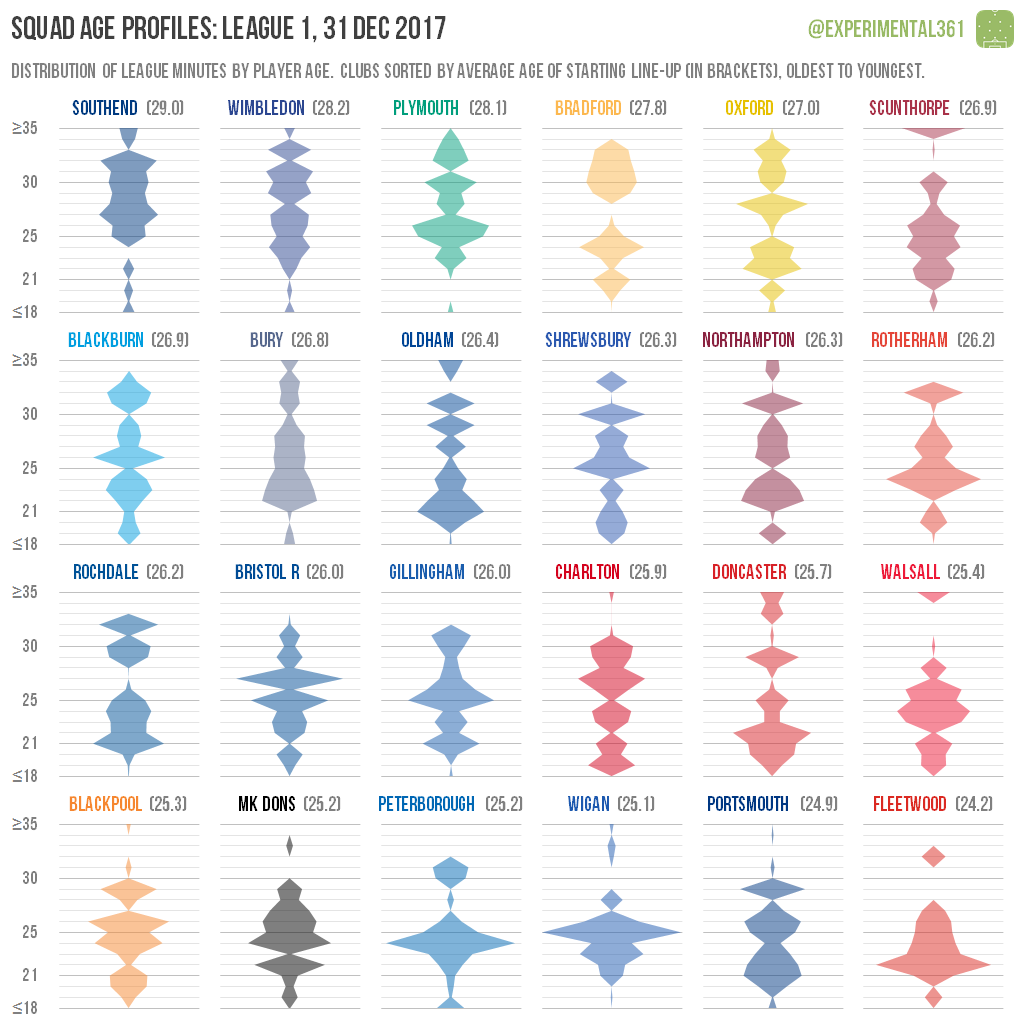 Southend are the oldest team, with an average starting age of 29 and less than 9% of minutes going to players under 25.

Nathan Pond and Chris Neal are the only players over the age of 27 to have figured for Fleetwood this season. 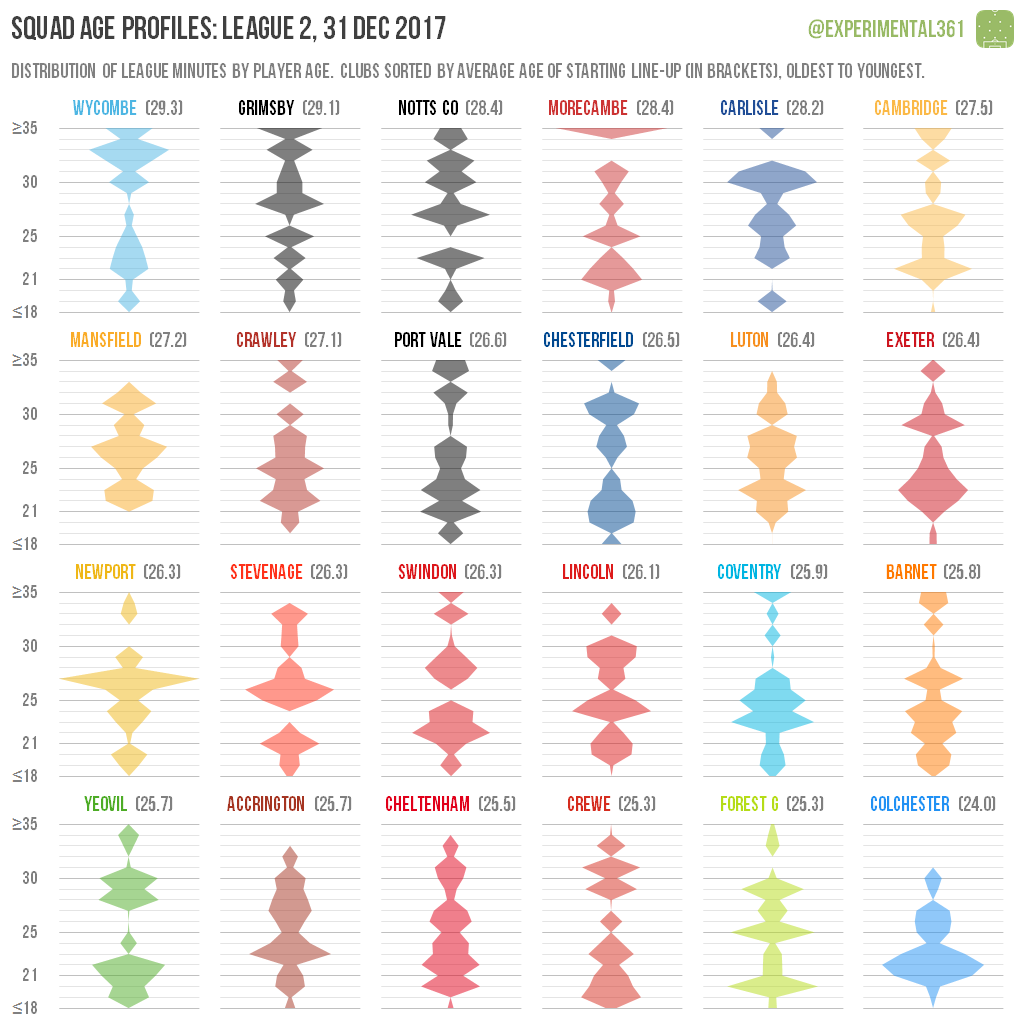