Jake Buxton (right) is taking over as manager from Nigel Clough

NIGEL CLOUGH is stepping down as Burton Albion manager after two spells spanning 16 years to “help the club with the financial pressures of these unprecedented times”.

Clough joined Burton in 1998 when they were in the second tier of non-league and returned in 2015, after six years with Sheffield United and Derby, to guide the Brewers to the Championship. They have spent the last two seasons in League One after relegation in 2017/18.

“It has been an incredible two decades for Burton Albion and it has been a pleasure to share those times with everyone and I want to say a big thank you to all the players, coaches, staff and supporters for being a massive part of that," he said.

“From winning the Unibond, to gaining promotion to the Championship and then against all the odds surviving for another year was beyond all our wildest dreams.

"I have worked with the Chairman since 1998 and we have enjoyed a very long and successful working relationship and I want to thank him for all his support and to wish him and the football club all the best for the future. 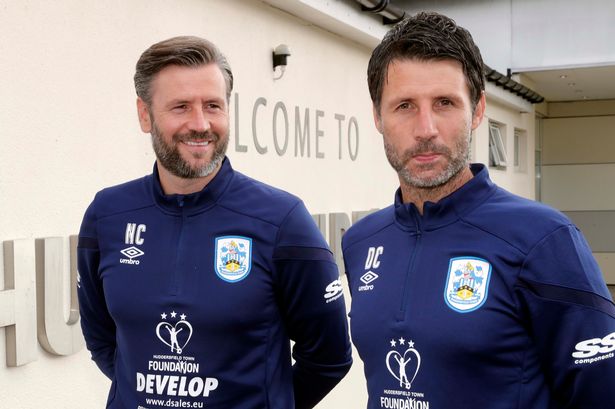 “It’s therefore with great sadness that Gary, Simon and I have decided to step away. We are now looking forward to our next challenge in football wherever and whenever that is.

“We couldn’t leave the club in better hands than with Jake, who as captain has shown himself to be a respected leader on and off the pitch. It’s a great opportunity for him and there is no better club at which to make your start in management.

“We hope that by stepping away it helps the club with the financial pressures in these unprecedented times, and that it will also help the club secure the jobs of as many of the staff as possible going forward."

Chairman Ben Robinson added: “Nigel Clough has achieved phenomenal success with the club during two spells going back 22 years. During this time, the club has enjoyed the greatest period in its history including two years in the Championship, which for a club of our stature is a remarkable achievement.

“Unfortunately, the coronavirus pandemic is having a dramatic impact on all football clubs, meaning we have to make difficult financial decisions going forward in order to safeguard the club and ensure it still exists for the supporters and the benefit of the community for generations to come.

“At present we have no idea when football will be safe to re-start and whether we will be able to play in front of crowds or behind closed doors, which brings a high degree of financial uncertainty.

“It’s therefore with a heavy heart that after talks with Nigel, Gary and Simon we have agreed that their departure will help us meet these challenges. I want to thank them for all their hard work and dedication over their long association with the club.

“Jake Buxton is the natural choice to take over as player/manager as he knows the club inside and out. He continues our long tradition of giving young managers an opportunity and I’m sure he will go on to be as successful as he has been on the field.”

Buxton said: “I want to thank the Chairman for giving me this tremendous opportunity. It’s an immense honour to follow in the footsteps of Nigel Clough who has achieved so much in the game, especially here at Burton Albion, and who has helped me progress throughout my career.

“I hope that I can now help bring more memorable moments to Burton Albion in the seasons to come.”

At the end of April, Luton Town announced they were sacking Head Coach Graeme Jones and three of his assistants in "an early move to restructure" because of coronavirus.