IN the final few weeks of Ole Gunnar Solskjaer’s reign at Manchester United, some of the ire of media and fans was turned on first-team coach Kieran McKenna.

Too young, too inexperienced, too much influence. Most of the comments came from people who hadn’t watched McKenna take a training session and were unable to offer specifics about what he was or wasn't doing, but nevertheless they gained some momentum.

Last December the Northern Irishman departed United after more than five years for a new challenge as manager of Ipswich Town. The Tractor Boys had sacked Paul Cook 10 days earlier following a run of just one win in nine games.

Fortunes have changed dramatically in the ensuing two months, with the team winning seven of McKenna's first 11 games in charge and taking 23 points from a possible 33. With promotion having seemed a distant prospect when he came in, it now appears a possibility, with the team just four points off the play-off places in League One.

The players have also been speaking effusively about the methods of their new manager. The training sessions, they say, are snappy and intense. 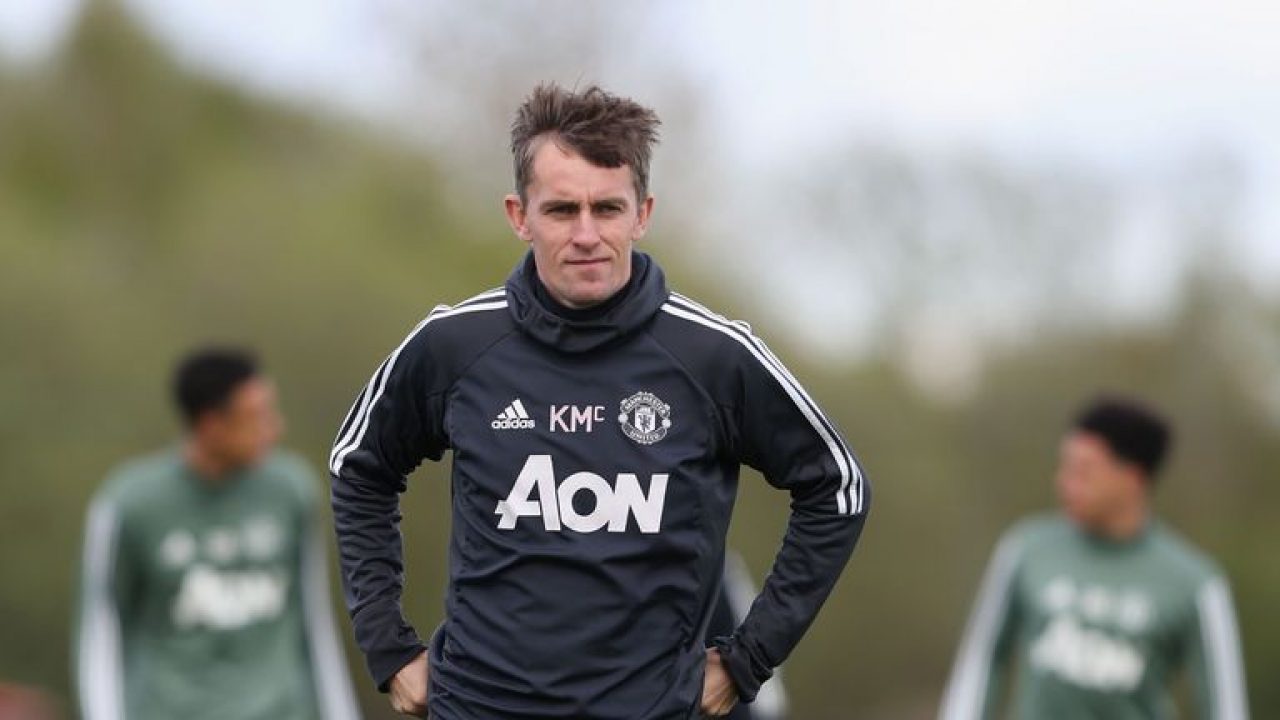 “It’s not massively long in the sense of a day, but for that hour-and-a-half he does demand high intensity and everyone concentrating for that whole time. You can see the difference he’s made already.”

Experienced striker Sone Aluko, who at 33 is just two years younger than his new manager, agreed with Burns' assessment of McKenna.

”His (sessions) flow really well, so you won’t do the same thing for 45 minutes,” Aluko told the excellent TWTD website. “It’ll change and you have to be thinking constantly, switched on in the session, you can’t just coast through.

“With some managers you know what’s coming on each day and halfway through the season you kind of know that on this day we’re going to be doing this drill. He has a lot of drills, so on the pitch he’s very good. You can’t work with the very best in the world and not keep them focused.

“They’ll eventually get frustrated, so with us it’s been brilliant. Sessions are tests - you’ve got to learn something new or he wants you to try something different. Like I say, it’s been fun, I’ve really enjoyed it.”

The players also say there has also been great clarity about the way in which McKenna wants the team to play - and how they need to train in order to achieve this. The manager has described this style as being high press, high possession and high control.

"We have to develop that style of play and become a dominant, pro-active team who are ready to take the ball against any opposition and play in their half and control games,” McKenna said following the 1-0 home win over Gillingham on February 5th.

After the reverse game against Gillingham a month earlier, a 4-0 win, Burns said: “I think the main thing he’s got us focused on is when we lose the ball and everyone’s immediate reaction. I think you could see today when we lost it high up the pitch, everyone’s reaction - there were three, four, five players all trying to win the ball back straight away and I think that’s the main thing that he’s wanted us to work on.

“He does that just through different drills, different possession drills. When you lose it you have to win it back within a certain amount of time or if you don’t win it back you’ve got sprints to do, there are forfeits, there are different fun ways of teaching that.”

Aluko added: “He knows what he wants, he knows the style of football he wants to play and he knows how to communicate."

McKenna has also been described as approachable, authentic and empowering by his new players. Aluko suggested that some of this could be down to the 35-year-old's background in Academy football.

McKenna worked for Tottenham’s Academy before joining United in 2016 as their Under-18s manager and then first-team coach.

Following the 3-0 win against Burton on Saturday, forward Kayden Jackson, who scored the opener and was named man-of-the-match, said: “He empowers you. Other managers in the past have concentrated on what I can’t do, rather than what I can do.

“That’s probably why I haven’t played at times and maybe haven’t been used to my strengths. All I want to do is work under the manager because I know how much he can improve me as a player. I feel like a footballer again."