CHELSEA have sent players out on loan to 87 different clubs in the last five seasons, with destinations ranging from Club Universidad in Chile to the Metropolitan Police.

Vitesse Arnhem, who have had a close relationship with the Blues for several seasons now, are the leading destination, with 17 loanees going there. Next up is Middlesbrough, with six, and then Reading and Belgian Pro Division side Sint-Truidense with four each. 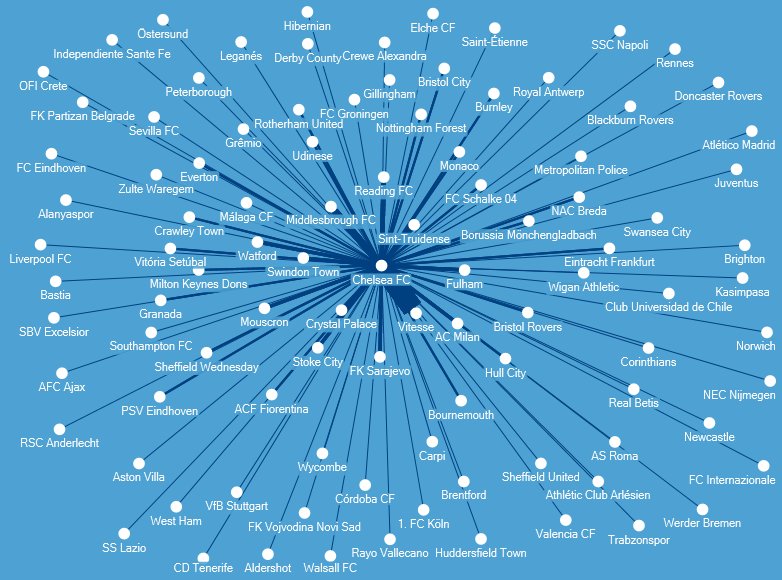 As things stand, 38 Chelsea players will be on loan at the start of the 2018/19 season. The above 'ego network' shows the destinations of Chelsea players during the last five seasons - starting in 2013/14 through to the upcoming season.

And below is the same information, shown using clubs badges instead of names.

Both were produced by Dr Paul Widdop of Leeds Beckett University and Dr Dan Parnell of Manchester Metropolitan University. The teams closest to the centre received the most players on loan. 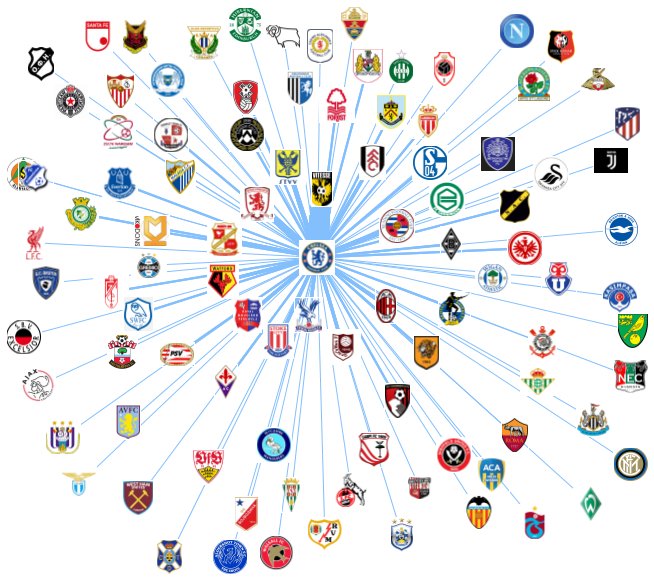