Man Utd Women's U21s are in their third season

REWIND to early 2018 and Manchester United didn’t have a women’s team, never mind a girls' Academy.

Now they have both, with the link between the two an Under-21s squad containing 18 internationals, a full-time staff and a star striker by the name of Solskjaer. Indeed, if you visit Altrincham’s Moss Lane ground for one of the U21s' home games, there’s a fair chance you’ll see men's manager Ole Gunnar Solskjaer in the stands, supporting his daughter Karna and her team-mates.

The Head Coach of the U21s - and the Manager of the Women's Academy as a whole - is Charlotte Healy. She joined United in June 2019, having previously been Women's U21s boss at nearby Manchester City and before that the U23s assistant at Liverpool. The catalyst for her move across Manchester had been a call from England legend Casey Stoney.

“I knew Casey from my time at Liverpool," Healy, who will be speaking at TGG's Youth Development Conference in September, said. "She played for Liverpool Women and we were both completing our Uefa A Licence at the same time - she used to come in and deliver sessions with our U23s. When she became manager of Manchester United Women, she asked me to come in and build the Academy programme for the club.

"It was a really exciting project, because it was a case of building from scratch. The club had a well-established youth section, U10s to U16s, and so this was an opportunity to put the final piece in place, the U21s, to bridge the gap between the youth and the first team.”

Stoney may have left United in May, to be replaced by Marc Skinner, but the U21s are still going strong. Healy's squad consists of a total of 20 players, aged from 16 to 21, and a staff including a full-time assistant (Lewis Craig), physical performance coach (Tommy Munday) and physio (Ash Pracy).

“The conversations I had with Casey last year were that if we wanted to invest in young players, then we needed a really good Academy that gave the exposure, support and contact time to enable the transition to the first team,” Healy explains.

EVENT: Charlotte Healy will be speaking at the Youth Development Conference on September 20th

“To run a full-time elite programme that holistically supports players, we needed the staff to be full-time. We are lucky that the club has made that investment. We’ve also been clever in how we’ve structured it, I think.

"My physio is also assistant physio in the first team, for example. That’s good for maximising resources, but also in terms of professional development, because the first-team physio can support and progress our physio in a way that I can’t, because I’m not an expert in that field."

Under the WSL Academy Programme, which launched in 2018/19 (United started their Academy a season later), clubs were required to run a ‘dual careers programme’, meaning young players could pursue academic and vocational aspirations as well as their footballing ones.

So while United’s players train at Leigh Sports Village four or five times a week and play matches on Wednesdays, they are also in full-time education.

As with United's men, there is a focus on developing homegrown talent for the first team for the women. 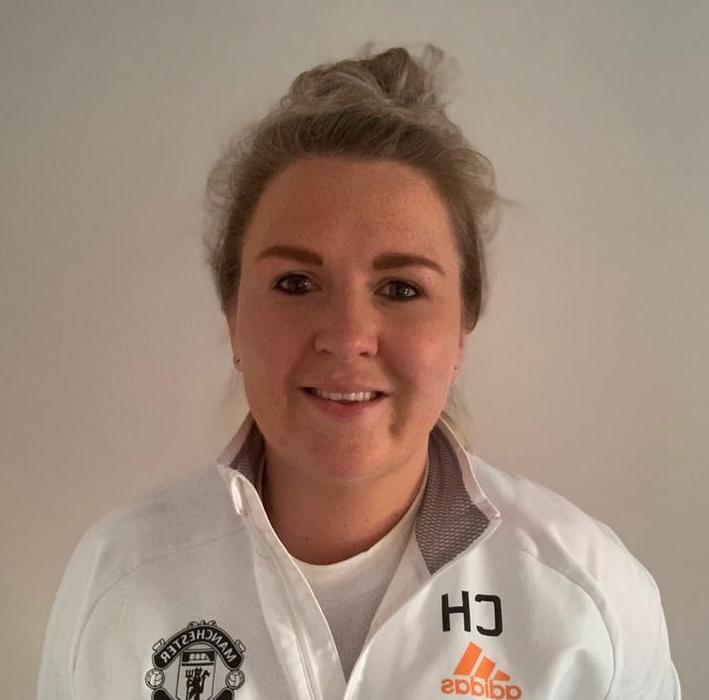 "The history and values of this club are there for everyone to see,” Healy says.

“Since the women’s first team reformed in 2018, we haven’t played a match without an Academy graduate from our RTC (Regional Talent Centre) being in it, which is something we're very proud of.

"When Manchester United Women reformed in 2018, a huge emphasis was placed on the recruitment of talented young players, with Ella Toone, Emily Ramsey, Fran Bentley, Katie Zelem, Kirsty Hanson, Millie Turner and Naomi Hartley all signing pro contracts with the club, having all come through the RTC youth section.

“We want this to be a club that develops young people and players. Yes, you sprinkle in some world-class signings, because Manchester United are a team that want to win things, but working with young players is always going to be a priority."

The reality, however, is that most of the players in the Academy will not make it into the first team, which is something Healy and her staff are open about.

“For others it will be going out to play in America or getting their dream job, which could be inside or outside football. As a staff, we will do our upmost to help each player to maximise their potential.

“Getting players in the Manchester United first team is an important part of our mission but it’s not the whole mission, otherwise we would be failing 95% of our players.”

With this in mind, the Academy are careful about who they recruit. There are 'home stays', in which a player is placed with a local family, "but we wouldn’t relocate a player unless we felt they had first-team potential,” Healy insists.

“Carrie Jones is someone we signed from Cardiff at the age of 16 and put in a home stay, but that was because we felt she had a real future at Manchester United. She’s doing really well and is now part of the first-team squad as well as being a senior international for Wales.” 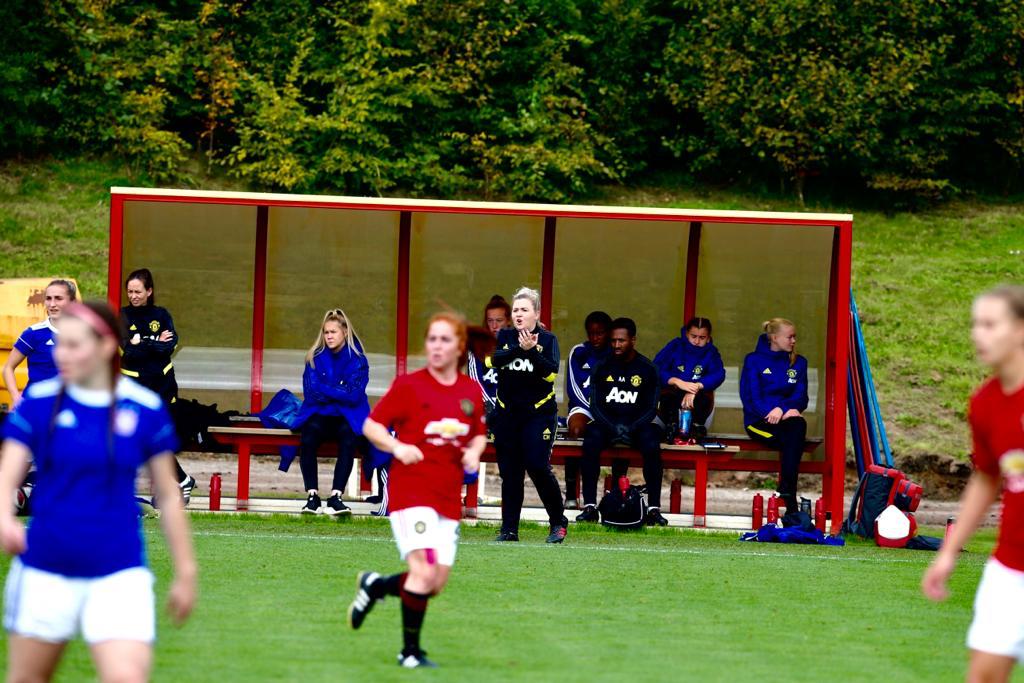 Healy has strong lines of communication with both women's first-team boss Skinner and also Nick Cox, her counterpart with the boys' Academy.

“I meet Nick once a month, which has been really helpful,” she explains. “He said to me that the men are probably 80 years ahead of us in terms of their Academy programme, so his challenge was can we reach a place in 10 years where they have got to in 80?

"It's an exciting challenge and there are loads of learnings we can take from the boys' game and put into our context - both things that have worked and things that maybe haven't."

There may be a long way to go, but recent progress has been impressive. Rebecca May became the first female player to go all the way from the U9s through to the first-team squad when she made her debut for the first team against Reading in February 2020; players like Megan Hornby (Blackburn Rovers) and Lara Miller (Lewes FC) have secured professional contracts with other clubs; and others have gone to America to play.

Tara Bourne also recently signed a first-team contract when she turned 18 in July and is currently out on loan at Sheffield United.

The U21s have also been in good form, remaining unbeaten so far in the league following a win against Bristol City last Wednesday. The scorer of four of United's goals in a 7-1 win was none other than Solskjaer.

“She’s just turned 18 and is doing really well,” Healy says, with some understatement. The standard of players in the country as a whole has improved with the introduction of the WSL Academy system she adds.

“When you look at the top players now in the Academy league, there’s some really exciting talent coming through," she says. “The generation who are consistently playing WSL football now - the likes of Ella Toone, Alessia Russo, Leah Williamson and Lauren Hemp - have all come through the Academy system and are incredibly talented players.

"They are still very young but are breaking into the England senior team and it’s really exciting. The future of women's football is really bright.”