Can you float your way to success?

STEPH CURRY calls them "floats" and Danny Cipriani says he prefers them to ice baths and even massage as a recovery method.

Could flotation therapy, in which you're suspended in salt water inside a special pod, become a standard part of training and recovery for athletes? Studies have shown that sessions can reduce levels of stress and anxiety, as well as easing aches and pains.

To find out more, we went to see Chris Fuller, the owner of Float Level, which is the North West’s only dedicated flotation centre. Former Everton forward Steven Naismith and England rugby player Cipriani are among the sports stars to have visited the centre since it opened in Manchester in 2014.

Fuller was inspired to set up Float Level, which is situated near Piccadilly Station, after going for his first float in London two years earlier.

“I was doing 80 hours a week in a deeply stressful job,” he recalls, “and during that session my mind quietened and I couldn’t believe how good I felt afterwards. A trapped nerve in my shoulder had eased as well.” 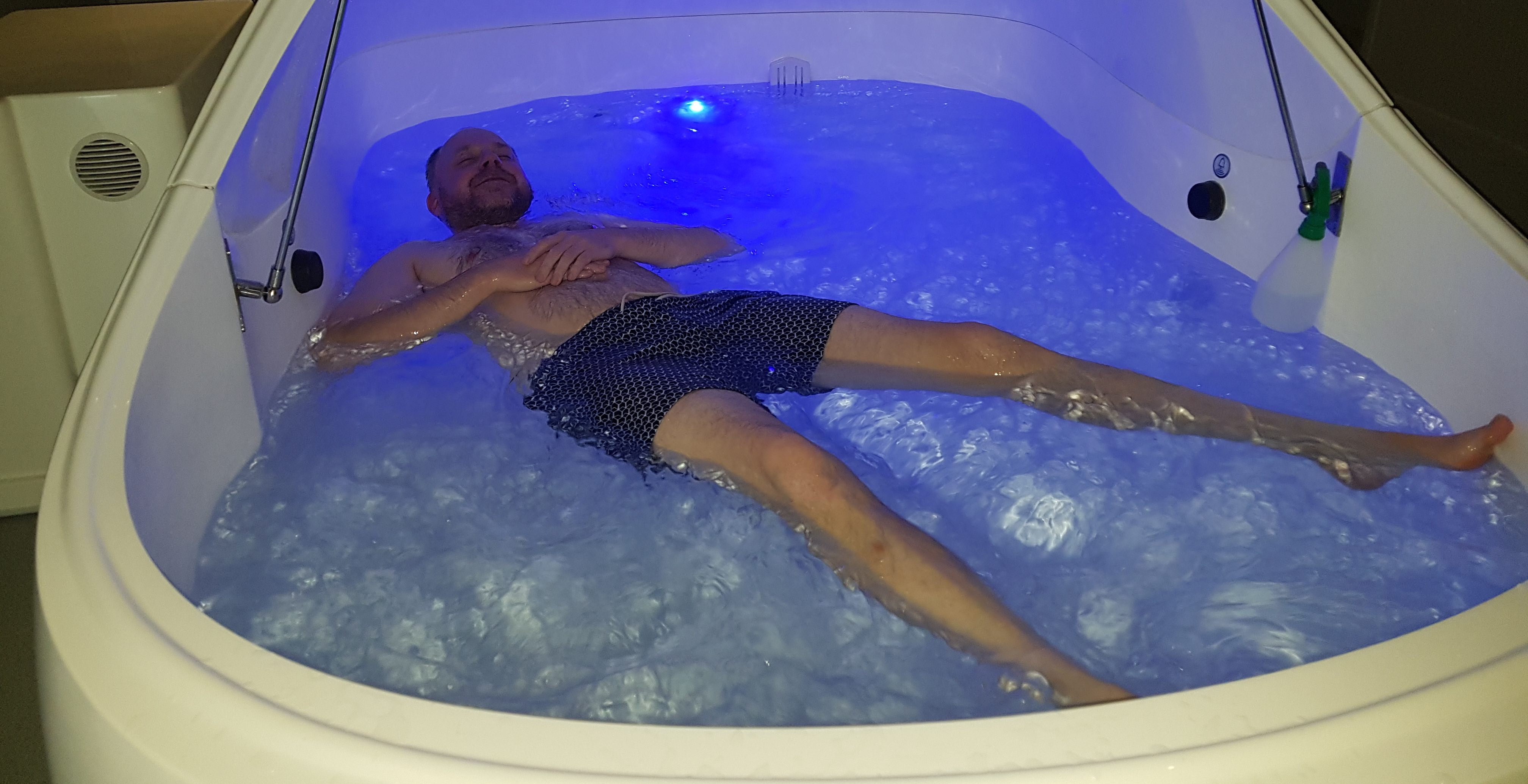 Now he has three tanks, with plans for two more, as well as hundreds of dedicated customers. The combination of sensory shutdown within the sealed pods and floating in salt water achieves a mental state similar to meditation, he says.

“When you float, you go into the theta state, which is like meditation,” Fuller explains. “In normal life, we’re in beta or alpha all the time. In normal waking life we process up to 14 million bits of information per second. Inside the pod you're not processing any external information, resulting in a deeply restful mental experience.

The Dead Sea buoyancy is achieved by adding Epsom Salts, otherwise known as magnesium sulphate, to the water. Fuller ensures he has the right balance by using a hydrometer, similar to the ones used by beer brewers, to ensure the correct specific gravity of the solution.

“If there’s not enough salt you won’t float to the same degree and your body won't be optimally supported, reducing the physical benefits,” he says. 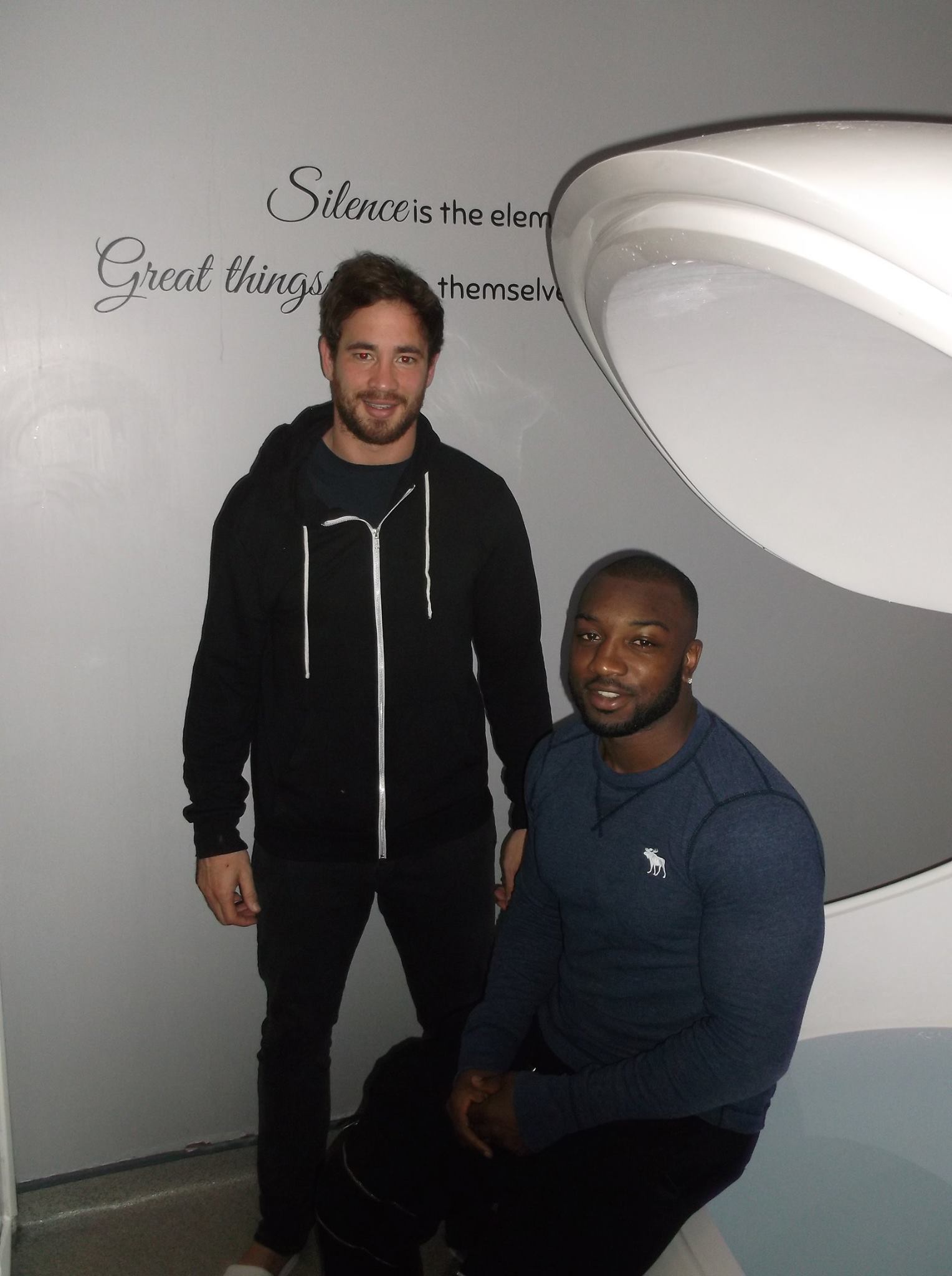 Whereas normal sea salt dries the skin, you’re able to lie in the Epsom Salts solution for several hours without any pruning – in fact many people say it actually makes their skin softer.

There is also “transdermal absorption,” of the magnesium - a mineral many of us are deficient in - and this has been shown to help muscle aches, joint stiffness and even arthritic pain. There is over half a ton of Epsom Salt in the solution, providing the right buoyancy, and Fuller adds a new 25kg bag of salt to each pod every couple of weeks to retain the optimal level.

The water temperature is maintained within a range from 34.5 to 35.5C, although it can be adjusted depending on the preferences of each individual customer.

“The idea is for the temperature to be the same as your skin receptors, so, after a period of stillness you lose the sensation of your body altogether,” Fuller adds. "That's a tremendous relief, especially for those suffering chronic pain or recovering from intense exercise or injury."

The pods, which cost £25k each brand new, measure 8ft by 5ft and are called i-sopods.

“The old-style samadhi tanks were a bit like coffins,” Fuller remembers. “These are bigger and more aesthetically pleasing, with a curved roof, so there aren’t condensation drips from the ceiling.”

And you’ll never have that slightly unpleasant experience we’ve all had when swimming, of a stray hair entering your mouth inside the pod.

“The pods filter down to less than one micron – finer than a human hair,” Fuller explains, “and the water is filtered four times between sessions.”

People generally do one-hour sessions, although 90-minute and two-hour slots are available once a month at the centre. The longest anyone has ever done at Float Level is five hours, apparently. The Sale Sharks rugby team are weekly users, which does go to prove how spacious the pods are.

Fuller soon hopes to get five pods, so bigger groups of players can come in. And with testimony from the likes of Curry, demand is likely to grow too.

"There are a lot of different benefits. With the Epsom salts and magnesium, they're helpful with recovery and relaxing your muscles. There’s also the sensory-deprivation aspect. It's one of the only places where you can really get unplugged from all the noise and distractions of daily life." Steph Curry, Golden State Warriors.

"I think flotation recovery is better than ice baths and perhaps massage. Physically I feel great after them and it's also a great time to meditate." Danny Cipriani, Gloucester and England.