Can Heraf switch New Zealand on to football?

On the face of it, New Zealand Technical Director is a thankless job: the country is rugby obsessed, its top players play thousands of miles away, and only half a World Cup place is available every four years. Andreas Heraf describes it as a “great gift” though.

Heraf has impressive credentials. He headed up Austria’s academies and brought through a ‘golden generation’ including Bayern Munich’s David Alaba and Bayer Leverkusen’s Alexander Dragovic.

The 49-year-old, who qualified with distinction with both his Uefa Pro Licence and Uefa Elite Youth Licence, replaces Rob Sherman, who stepped down in December for personal reasons.

New Zealand Football Chief Executive Andy Martin said: “Andreas’ experience as a coach, player, in coach development and leading football academies is world class and makes him an ideal fit for this position.

“He is widely respected throughout Europe for the work he has done with Austrian Football and we are sure that he is going to add huge value to both our high performance and community teams as we look to achieve our vision of incredible performances both on and off the field.

“To attract someone like Andreas to New Zealand Football underlines the great work that is already being done in our high performance and community teams and he will enable us to continue that momentum.”

Heraf won 11 caps for Austria in the 1990s and coached Austria at the Under-20 World Cup in New Zealand, travelling the country in a campervan in advance

“I want to continue along the course set by NZF, bring in my experience and knowledge and be a role model with respect to enthusiasm, passion, joy and love for the game,” Heraf said.

“I would love to infect everybody in the country with this spirit, and ultimately become a member of New Zealand Football’s family.”

This year is a big one for New Zealand, with the Under-17 and Under-20s taking part in their respective World Cups and the All Whites looking to qualify for the 2018 Fifa World Cup in Russia. 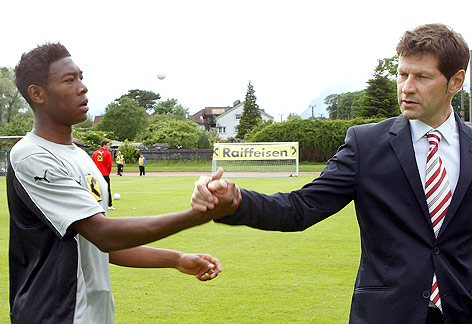 “I visited New Zealand three times in the last two years and from the first step into the country, I fell in love with its extraordinary beauty and its outstanding inhabitants, who have been the friendliest and most open-hearted people I have ever met.”

Heraf was head of the 12 Austrian Football academies and responsible for developing elite players at U15, U16 and U18 levels. He also has responsibility for the education of the academy coaches.

He has the best tournament qualifying record as a coach for Austrian international age-group teams. Since 2010, he has helped age-group teams qualify five out of six times for Uefa European Championship finals and Fifa World Cups. The best result of that run came in 2014 when he led the U19s to the semi-finals of the Uefa Championship in Hungary.

Heraf will begin with New Zealand Football as the new Technical Director in late August.

ANDY PARSLOW explains what his role as 'Restarts Coach' at League One AFC Wimbledon entails.