STOKE CITY goalkeeper Jack Butland has hit out at the club’s “farcical” recruitment policy following their relegation from the Premier League.

Butland was in tears at the final whistle of the Potters' 2-1 home defeat by Crystal Palace on Saturday, which condemned them to the Championship.

He said: “I think the whole recruitment process needs looking at, to be honest. We’ve gone into a game – and over the last few months – with half the squad dotted around the world not even involved.

“There’s been transfers who aren’t even part of the squad for all kinds of reasons, whether it be discipline, whether it be lack of performance. So you’ve got to look at that – what decisions are being made and the type of characters.

“Too many of the recent investments have been completely unused and that’s unacceptable. For any changes to happen that’s got to be looked at, because it’s been farcical.”

Stoke spent more than £50m on Saido Berahino, Kevin Wimmer and Giannelli Imbula under previous manager Mark Hughes - and not one of them was involved against Palace.

Berahino has been excluded from Paul Lambert’s plans for persistent lateness and poor discipline; Wimmer has been deemed unfit to play; and record £18m signing Imbula is on loan at Toulouse. 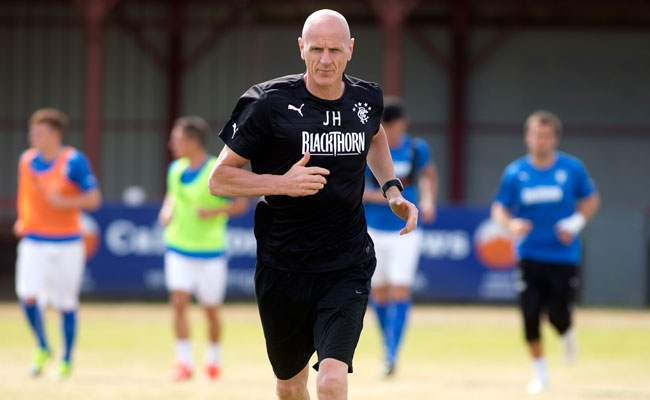 Furthermore, Jese Rodriguez, signed on loan from Paris St Germain, had his deal terminated early, and Ibrahim Afellay was told to stay away from the club for criticising team-mates in training.

Butland added: “The manager has had an extremely difficult job. He inherited a squad where, unfortunately, there was ill-discipline and players you cannot rely on.”

The England keeper’s comments also put the future of Technical Director Mark Cartwright in the spotlight. Cartwright, himself a former goalkeeper who was appointed in December 2012, is ultimately responsible for recruitment.

His first signing was Butland - a £3.5m recruit who will be coveted by a host of big Premier League clubs during the summer - but his transfer record in the last couple of years has been mixed, at best.

"There is nothing wrong with the process, it’s about the judgement of the players brought in,” Coates said.

“We are satisfied with the systems we’ve got. Processes don’t stop you making mistakes, that’s a matter of judgement.

“Ultimately, the manager decides. He’s fed lots of information and we don’t skimp on information. But every manager makes mistakes, and always will, including Arsene Wenger and Sir Alex Ferguson, but obviously you have to try and minimise those mistakes.

“We will review everything, but at the moment there are no plans to change the process. You must remember we had Jese at great cost and Saido Berahino at great cost, but they haven’t performed.

“We did try to strengthen again in January, it wasn’t something we were unaware of, but football is more complicated than that. We tried to spend money, but for whatever reason we weren’t successful. Good strikers who will make a difference are not easy to find, as anyone in football will tell you.

“We tried to sign Daniel Sturridge from Liverpool for example, but he preferred West Bromwich Albion because he wanted to move to that area. We tried for Danny Ings, but once they let Sturridge go they wouldn’t let him go.”