Pickford and Vardy began their careers in non-league

THERE used to be a well-trodden path to the England team for the very best youngsters in the country.

They joined a Premier League club, progressed through the ranks from Academy to first team and, if good enough, reached the promised land of international football.

Eighteen of England's 23-man squad at the 2006 World Cup had made this journey: players like Wayne Rooney, who made his first-team debut for home team Everton at 16; Rio Ferdinand, who broke through at West Ham at 17; and Steven Gerrard, who first featured for Liverpool at 18.

The rest began their careers lower down the football ladder, at places like Bury, Cheltenham and Stocksbridge Steels. Goalkeeper Jordan Pickford was one of three players (the others being Jamie Vardy and Jack Butland) to make their debuts in non-league.

Pickford made his Darlo debut at home to Fleetwood in January 2012 as an 18-year-old Sunderland loanee. 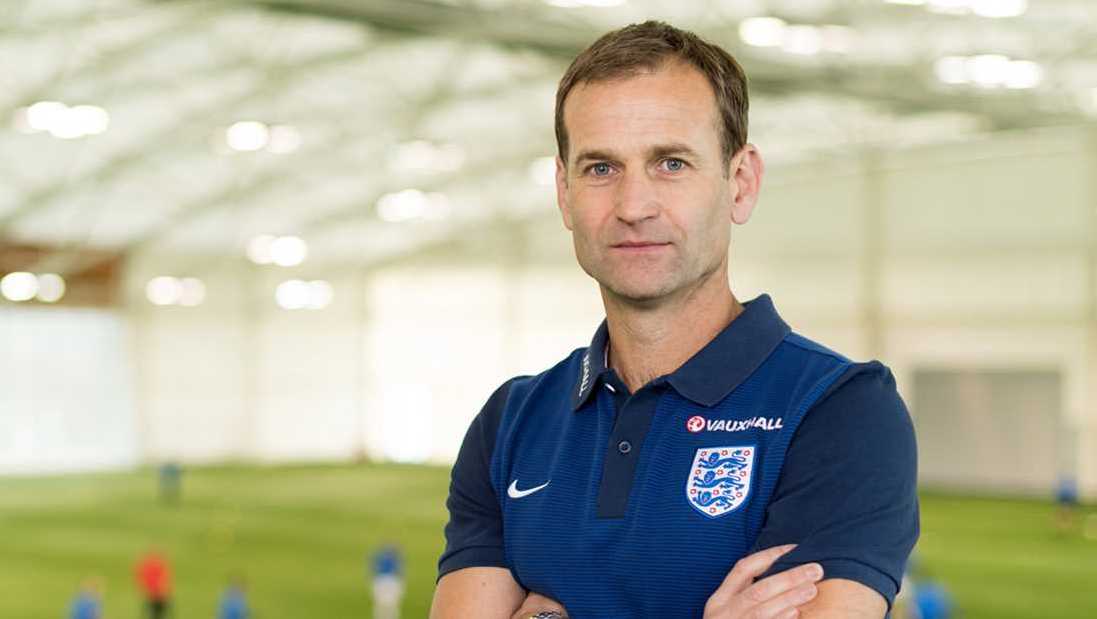 “I learned a lot from getting battered by fully-grown blokes,” he later admitted.

His manager was Craig Liddle – who now runs Middlesbrough’s Academy – who remembered: “He made his debut in front of about 7,000 and we lost 1-0 but, after about 10 minutes, he came through a pile of players to catch a corner and I thought, ‘he’ll do for me’.”

The reason for the change seems clear: it’s become incredibly difficult, verging on impossible, for a homegrown player to break through to the first team of a Premier League club.

On the rare occasions when it does happen, a decent run of games rarely follows.

Former Scotland international David Weir, who recently completed his first year on the Master of Sport Directorship course at Manchester Metropolitan University, says this is crucial.

“You learn a lot of your good habits by playing, through making mistakes," he told TGG. "The game is your teacher.”

Although Ruben Loftus-Cheek made his senior Chelsea debut at the age of 18 in December 2014, he made a total of only 31 appearances (many of them as a sub) in three seasons and was eventually loaned out to Crystal Palace.

His lack of game time was in stark contrast to England team-mate Harry Maguire, who played under Weir at Sheffield United in 2013. Maguire made his first-team debut at 18 and racked up 100 starts before the age of 20.

“Harry played a lot of games at a young age and made his mistakes early,” said Weir. “He kept progressing and learning and now we’re seeing a mature and tactically aware player with excellent leadership skills.

"There’s no substitute for playing professional football. Sometimes Academies can be very safe and sanitised. The games can be a bit false too. Everyone is technically good, the crowds are small and the pressure’s not really on. That’s not life.

“Further down the leagues you’re playing seasoned pros, it’s physical, there are a balls in the box, the crowd’s getting at you. You learn a lot about yourself in an environment like that.”

Players like Loftus-Cheek have still made the breakthrough to the England team and a World Cup. But would they have if Gareth Southgate, a believer in youth who managed many of them at Under-21 level, wasn't the manager?

And how many other talents have been unfulfilled because a lack of opportunity?

As Crawford Chalmers, the former Oxford United Head of Football Operations, told TGG: “Chelsea have been the dominant side in youth football for a number of years and have provided a large number of players for the England youth teams (eg five of the 21-man England squad that won the Under-17 World Cup last year). But this hasn't been following through to the senior side."

Indeed, Loftus-Cheek is the only Chelsea Academy product to have made it to the World Cup with England and Chalmers added: "Something has to be going wrong in the transition from youth team to senior football for their players."

Lack of opportunity is the obvious reason. John Terry remains the last English Academy player at the club to have established himself in the first team.

The club has used loans as a solution, but Chalmers, who wrote his dissertation on the development pathways for young English players to graduate from the final year of his MSD course at MMU, says their approach here is "scattergun".

"Chelsea had 88 contracted players in 2015/16 and 33 of them were out on loan," he said. "Are all of them being carefully developed and making progress? I’d argue not."

Eight members of England's current squad made their debuts while on loan - a fourfold increase on 2006, when only Frank Lampard (Swansea from West Ham) and Peter Crouch (Dulwich Hamlet from Tottenham) did.

Chalmers also points to the example of Jesse Lingard, who racked up four loans between 2012 and 2015 at Manchester United (at Leicester, Birmingham, Brighton and Derby) but only made his 100th senior appearance at 23. Wayne Rooney had reached this milestone at 18.

"I wouldn’t compare the two of them in terms of talent, but Rooney had gained so many more years of learning decision-making, game craft and making mistakes.

“Ultimately, you need an opportunity to prove yourself and then the chance to learn from your mistakes with a consistent number of games. I remember watching Marcus Rashford play for Manchester United’s Under-18s a few months before he made his first-team debut. He didn’t stand out.

“Through good luck he got his senior debut and flourished. He also got a run of games under Louis van Gaal. You never really know until you give someone a chance.”

Dr Sara Ward: "Our students have a wide range of experience and through applied and vocational assessments have the opportunity to apply theory into practice.

Crawford completed his dissertation on development pathways in professional football to graduate with the MSD. David has just finished his first year with us and completed his personal leadership and leading high-performing teams in sport organisations units.

The teaching team are passionate about pioneering future sports leaders in the industry, changing a culture of short-termism to one of longer-term strategy planning and vision."

Chalmers said there could still be merit in former FA Chairman Greg Dyke’s idea of ‘strategic loans’, in which big clubs develop relationships with smallers ones and loan players and even coaches to them.

This would be England’s answer to the B team system that's so popular on the Continent.

“In 2016, the Spanish Euro 2016 squad contained 19 players of 23 who had started their senior professional careers at B teams,” Chalmers said. "It was 18 for Germany. Eric Dier benefitted from playing in a B team in Portugal (with Sporting Lisbon).

Yet despite (or perhaps because of) this lack of Premier League opportunities, England have flourished in Russia.

They've developed a unity we've rarely seen in recent years and have displayed humility and mental toughness too. Perhaps this has its roots back in Bury, Darlington and Cheltenham.

As Southgate has said: “Most of our boys have played in the Championship or lower, whether they started there or played on loan. We’re having success because we’re grafting for each other, we’re playing some good football but really working without the ball. No passengers, nobody failing to close down, nobody strolling around.”