The Cherries had purchased the land and received planning permission for the complex. However, the club has now issued a statement saying that construction of both the new training ground and a new stadium have been put on hold indefinitely.

“Any future developments will be undertaken around a healthy financial strategy that does not take away our ability to perform at our strongest levels on the pitch and risk what has been achieved to date,” the Bournemouth statement said.

“With regard to the developments, when we have a reliable timeframe we will make those facts known.

"In this respect, we appreciate the fans’ continued and passionate support of the team, which is wholeheartedly felt on the pitch every week by the manager and the squad.

“Be assured, the board is working hard to achieve not only the vision of supporters but also the ambitions of all those associated with AFC Bournemouth for an exciting future in the best league in the world.”

Manager Eddie Howe admitted he was particularly disappointed that the new training ground would not be built. 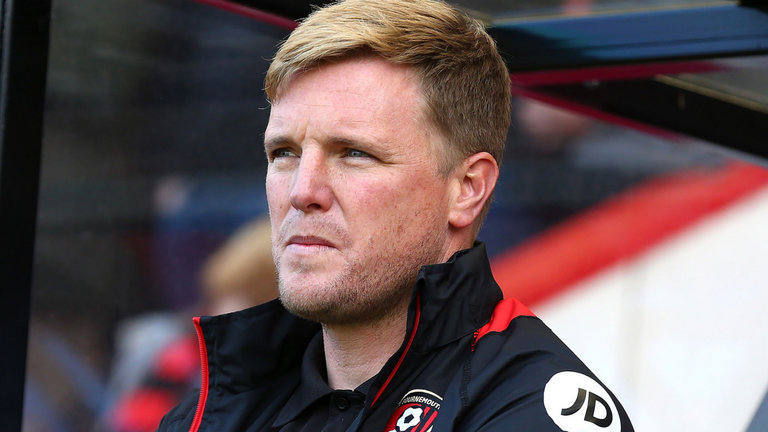 “That’s the one personally for me that we would love,” he said. “The day-to-day environment for the players, we’re always looking to help them improve and be the best players that they can be.

“A bigger area for us to work in would be ideal for us but we do have a training ground and historically at this club we’ve never had one.”

They were to bring first team, development squad, Academy and pre-Academy training operations and facilities together in one location.

Howe added: “I know their will is to complete the stadium and build the training ground and take the club forward. They want what every Bournemouth fan wants and what I want. But it’s not right for them at this moment in time so I think you have to respect that decision.”

He urged supporters to “focus on what we have, not what we don’t have” and that he and the club’s owners were aware of the “need to improve facilities”.