WE’RE used to hearing that great players have great ‘vision’. So why isn’t vision trained at most football clubs?

South African Dr Sherylle Calder has been the leading visual awareness coach for the last three decades. Her imprint is on many of the greatest sporting triumphs and her client list reads like a who’s who of global stars. Eddie Jones brought Calder on board with the England rugby team earlier this season, having previously worked with her for the Springboks and Japan.

The Australian says she gives teams the 'X-factor'. So it's surprising that football clubs feature only fleetingly on Calder's glittering CV.

There was a spell with Bafana Bafana when they won the African Cup of Nations in 1996; with Mick McCarthy's Wolves, when they were promoted from the Championship in 2009; and with the Spurs academy. Up until last season, the former hockey international had never coached a Premier League first team though.

That changed when an email arrived in her inbox from compatriot Dr Craig Roberts, the former Springboks team doctor who is now head of Sports Science and Medicine at Bournemouth.

“Starting in football, I realised there was a big opportunity to use what Sherylle does,” Roberts, who joined the Dorset team in 2015, told TGG. “A lot of people say visual awareness is innate, that if players don’t have those decision-making abilities or visual motor processing abilities then they wouldn’t be at this level. 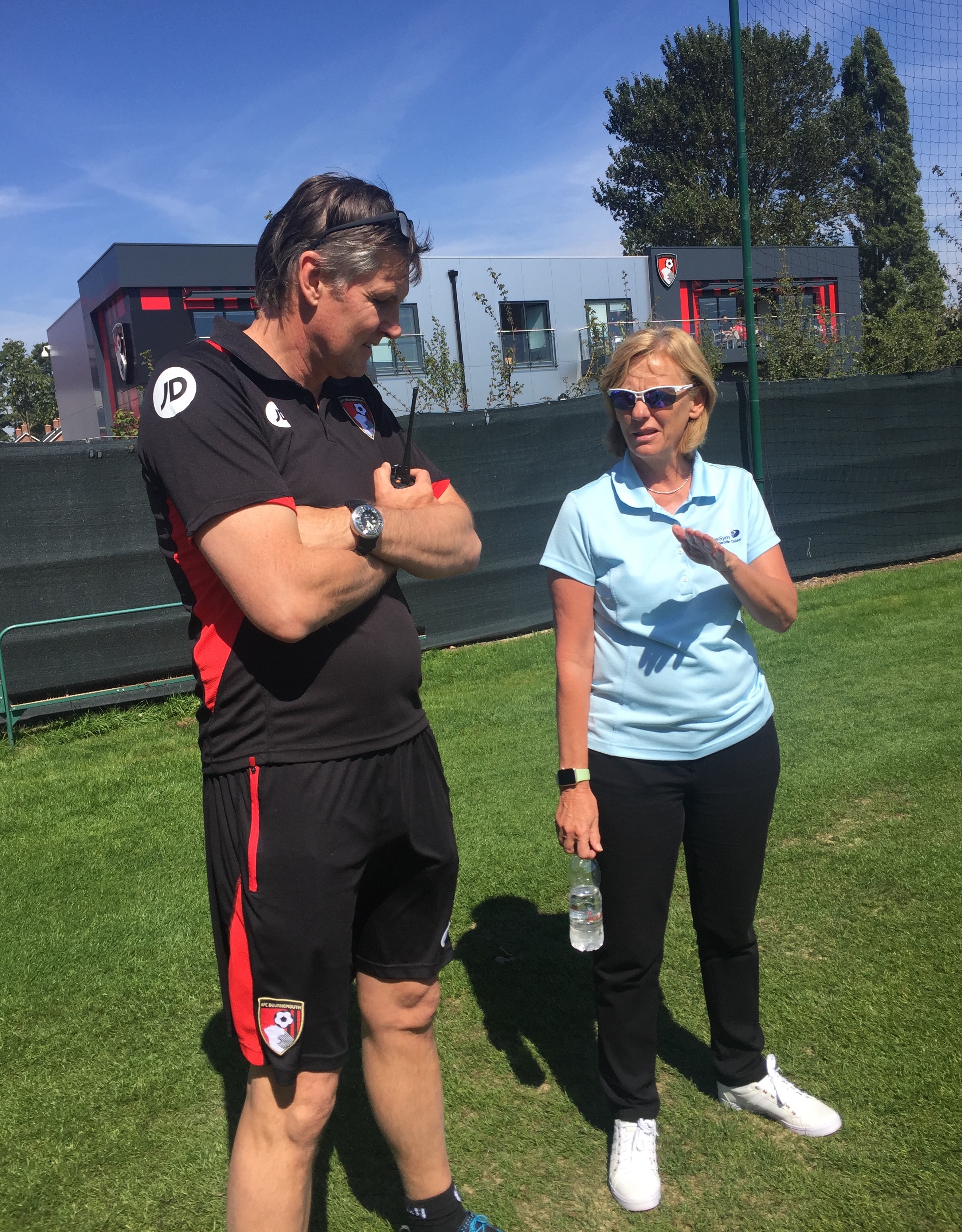 “That’s true – but you can get even better. The more you train these skills, the better you will get. Even the players who are really good can get better. That’s the message I’ve been trying to get across.”

Calder was handed the task of improving the visual awareness of the club’s eight full-time goalkeepers – four of them are in the first-team squad, four in the academy - with the expectation that her remit will extend to the outfield players next season.

“The important thing initially was to get something in place – we didn’t want to do too much too quickly,” Roberts explained.

Visual awareness is a three-step process.

“You’ve got see it, make a decision, then have an action," Roberts said. "That whole pathway can be trained. The more you train, the faster it becomes – you see things quicker, you react quicker, you make the decision quicker.”

Calder visited Bournemouth’s training centre for an initial assessment at the start of the season, then for a review at the beginning of February. The rest of her work was done in the ‘EyeGym’ – an online training programme that trains hand-eye reactions, 'eye skipping', eye speed and concentration among many other skills. Players were encouraged to do 10 minutes' work in the EyeGym a day, with Calder monitoring the results from her Stellenbosch base.

She relayed the results to Roberts, goalkeeping coach Neil Moss and Head of Sports Science Dan Hodges on a regular basis, and the programmes were tailored if necessary.

“The buy-in hasn’t been fantastic with them [the older goalkeepers],” Roberts admitted. “They have worked with Sherylle – and are still working with her – but not as conscientiously as I would have liked, I have to be honest.

“The older keepers have a system that works for them – ‘this is what I do, this is what works for me’ – and it’s about slowly changing that culture, as there is actually always more you can do. That is what we are trying to do at the moment.” 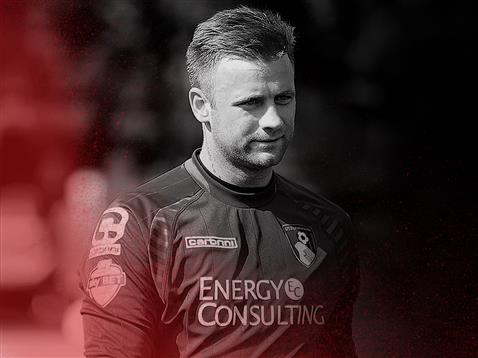 I visited the EyeGym myself (you can have a free assessment here). The tests are split into the four groups - reactions, skipping, speed and concentration - and you go up a level every time you pass one.

The reaction test involved hitting my keyboard spacebar every time a certain object appeared on the screen – which is a lot harder than it sounds when a snowstorm of other detritus is flying in front of it.

I was delighted with my best reaction time of 0.5 seconds - until I saw that F1 driver Valtteri Bottas (a dedicated EyeGym client) has an average of 0.11 seconds. Players are advised to spend 10 minutes a day in the EyeGym, with Calder tailoring the programme for different sports and sportsmen.

Calder insisted that almost every element of a goalkeeper’s skillset was dependent on visual awareness skills.

“The timing of movement, going up in the air, punching, awareness of space, awareness of the players in front of you, speed off the line, setting up your defenders properly – they all dependent on these skills,” she said.

So what about the results so far?

“The improvement has been remarkable in some of the players,” Roberts enthused. “We’ll do more detailed testing and analysis at the end of the season, but so far it has been extremely encouraging.”

The South African, who was Springboks doctor from 2008 to 2015, is proud of Bournemouth's willingness to think outside the box and try new areas of sports science. Indeed, this was one of the biggest reasons why he chose the club ahead of other suitors two years' ago. 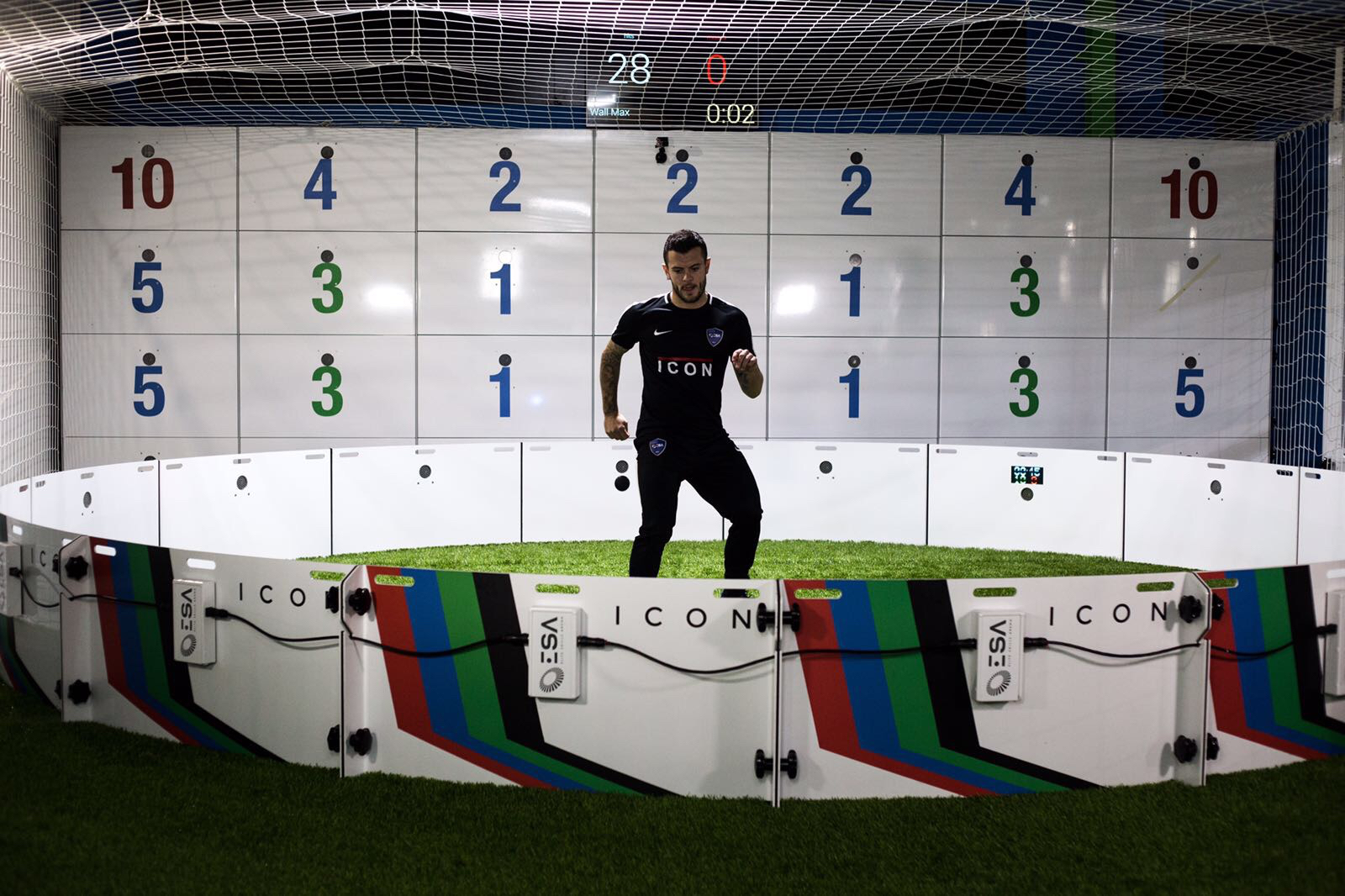 “This club is quite progressive, they like to look at things, and the manager is definitely open to new ideas and looking at things,” Roberts said. “ I don’t think that’s the norm at a lot of clubs.

“We’re lucky to be a club that’s looking at other sports to learn from. NFL is very different to football, but there are a lot of similarities as well. I’m always looking to other sports to see what we can learn and implement from them.”

Calder has also been impressed with the Cherries and their young manager Eddie Howe, who she met for the first time during that visit in February.

“It’s a great set-up, all credit to them,” she said. “Eddie is a really sharp coach and understands the needs of the skills we are training.” 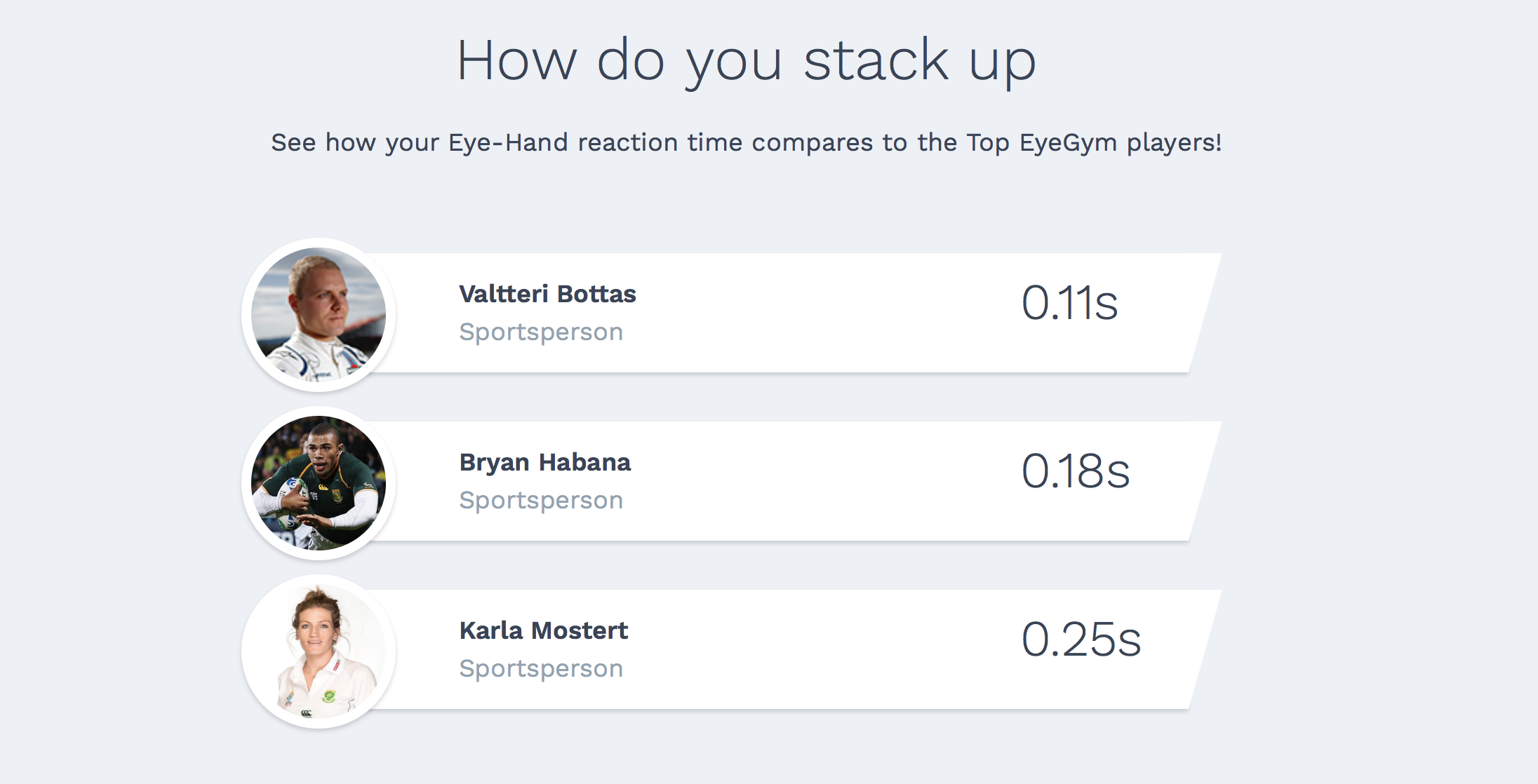 The former hockey international - who is also working with England rugby and the Miami Dolphins, among others - was reluctant to criticise football's use of sports science, but when pressed she admitted: “Perhaps they don’t allow people in as easily as other sports, and it’s probably not as sports science focussed.

“They talk about vision all the time, but no-one trains it. They haven’t found ways of really training it effectively for on-field performance. They dabble in a lot of stuff but it does more damage than good really. They are probably slow on the uptake.”

This does offer big opportunities for improvement in the coming seasons though.

“I’d imagine that in 10 years’ time, it [visual awareness training] will be an integral part of what every player is doing," Calder said. "It will be part of their preparation, their pre-season, their work to keep sharp during the season.

“If a player hasn’t trained visually, then they’re not operating to their full potential. That makes this very exciting.”

TOM BARNDEN has been reunited with manager Chris Hughton after being appointed as Head of Sports Science at Nottingham Forest.