RESTRICTING blood flow might seem like a counterintuitive training technique, but last year Forbes described it as “the next big fitness trend”.

In fact, it’s not actually that new, because a Japanese teenager called Yoshiaki Sato first came up with the idea of Kaatsu (additional pressure) training in 1966, when he felt his calves going numb as he knelt at a Buddhist ceremony.

What is cutting edge though, is the fact that blood flow restriction (BFR) training now has no tubes, no wires and can be driven by your smartphone or tablet.

BFR works by reducing venous blood flow out of the limb, while leaving the arterial blood flow in largely unaffected. This causes an “accumulation of metabolites around the muscle,” according to the University of Mississippi’s Jeremy Loenneke, a leading researcher on the technique.

“The metabolic accumulation may provide a reason for the high levels of muscle activation observed in [low-load resistance] exercise," Loenneke said in an interview with the Barca Innovation Hub last year. "Once the muscle is activated, the anabolic signalling cascade is likely the same as that observed with traditional high-load resistance exercise.”

Put simply, training with BFR at low loads can lead to a change in muscle size similar to that of traditional high-load resistance exercise. The protocol has already been used by organisations ranging from NASA to Premier League teams to rehab facilities for the elderly.

Traditional BFR training cuffs traditionally resembled the blood-pressure meters (sphygmomanometers) doctors use to measure blood pressure, wrapping around the limb and inflating through a tube, via either a hand pump or bulky external device.

Now VALD Performance, the Australian company behind the NordBord, ForceDecks and ForceFrame, has released AirBands - wirelessly-controlled cuffs that detect personalised pressure zones and connect to an app via Bluetooth.

Inventor Joseph Marcus developed the first prototypes several years ago and told TGG: “The cuff inflates on the limb and can sense what the artery is doing underneath.

“The vibration of the artery pumping is converted into electrical signals. AirBands measure those pulsations, send the information to your smart device and in turn identify your own personalised pressure.”

Marcus, who is a qualified physio, developed the prototype after studying BFR for his degree thesis at Bond University in Queensland. Elite 400m runner Alex Beck tested the early prototypes and said the cuffs were instrumental in 2019 being his best ever year.

“A lot of that is down to load management, which the AirBands have made a big difference in,” the Australian, a 400m relay finalist at the 2013 World Championships in Moscow, explained.

How BFR is incorporated into training

Beck has been using the product to maintain quality gym work without compromising his track training.

In athletics, as in football, there’s a fine balance between maintaining sufficient loads while not overloading and risking injury.

“I’m usually on the track four times a week, which results in a lot of load, so the AirBands are enabling me to not just maintain that over a 12-month period, but also still make strength improvements. I can ensure I get quality strength work in without compromising my track work. 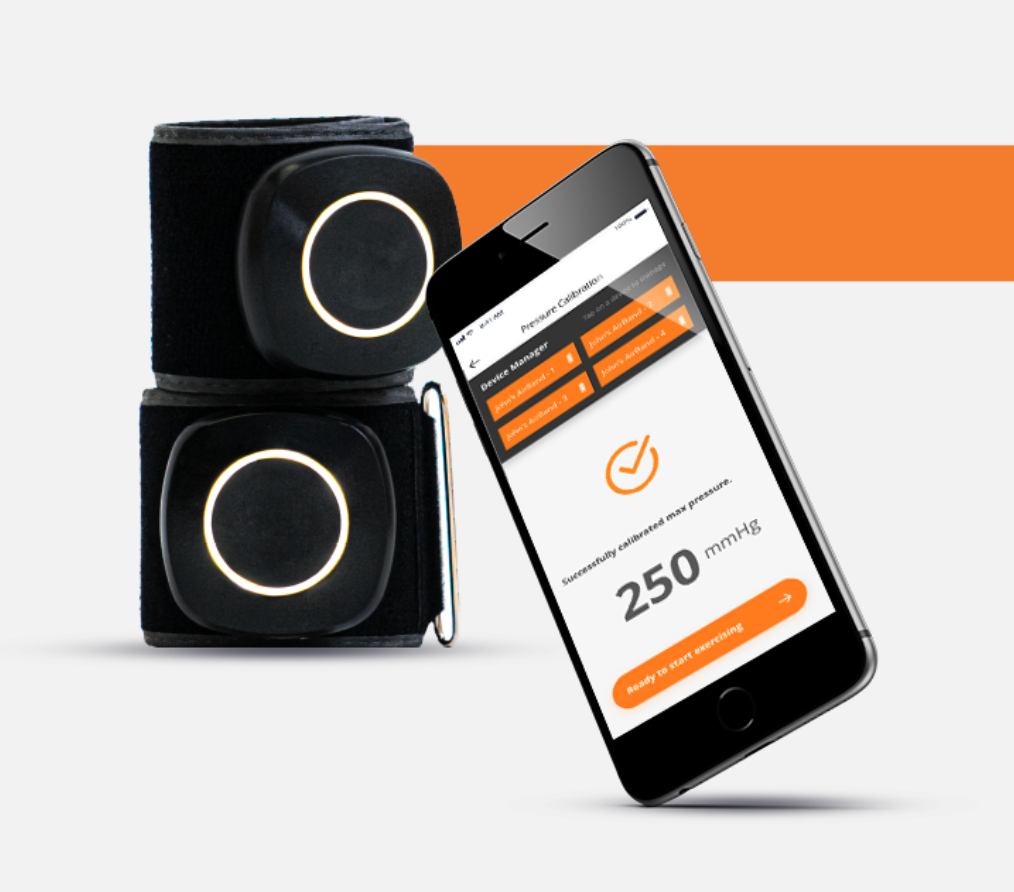 “I’ll often do body weight or low-load exercises and still feel like I’m getting a high-quality session in. For example, if I’m squatting, I could put 180kg on my back and my knees might pull up a little sore the next day, especially as I’m getting older.

“Or alternatively, sometimes I can put the AirBands on and squat as little as 40kg instead, but still get a similar adaptation. I obviously still need to go heavy as much as I can, but it’s great to be able to have the ability to back it off without sacrificing progress.

“I’ll also regularly AirBands for running arms, so I would often put the cuffs on the upper limb and go through arm drills. Being a 400m runner, I spend a lot of time working on my lactic system. The cuffs help simulate the feeling towards the end of a race when the arms get heavy and hard to move.

“They are also useful when I’m travelling and competing on the circuit, staying in hotels throughout Europe. Using AirBands, I can usually still ensure I get a decent session in, even when a lot of the hotels don’t have very good gyms.

“10kg are often the heaviest dumbbells a lot of hotels have, but with the AirBands I can still feel like I’m doing a significantly heavier session, and ensure I’m still maintaining my strength.”

There’s been a lot of conjecture about the place of gym sessions in professional football, which we’ve covered in-depth on this site. In November 2018, then Chelsea manager Maurizio Sarri said: “We don’t use any weights, I’ve never seen a player with a weight on the pitch.”

Jose Mourinho’s former assistant, Rui Faria, concurred: “The concert pianist doesn’t run around the piano to get ready or do push-ups on his fingers.”

However, many clubs and players do carry out additional strength work in the gym and Blackburn midfielder Stewart Downing recently told us he did three such sessions per week - upper body, lower body and power.

Similarly, Beck said he didn’t understand the arguments put forward by the likes of Faria and Sarri. “I don’t just go out and run 400m every session,” he said. “There is a lot of talk about the one-percenters; for me, S&C is a 10-percenter, probably more.

“If you don’t work on your strength, you’re going to pay for it during the season. A strong muscle is a resilient muscle, so if you can improve the strength of your muscle, your chances of injury decrease significantly. 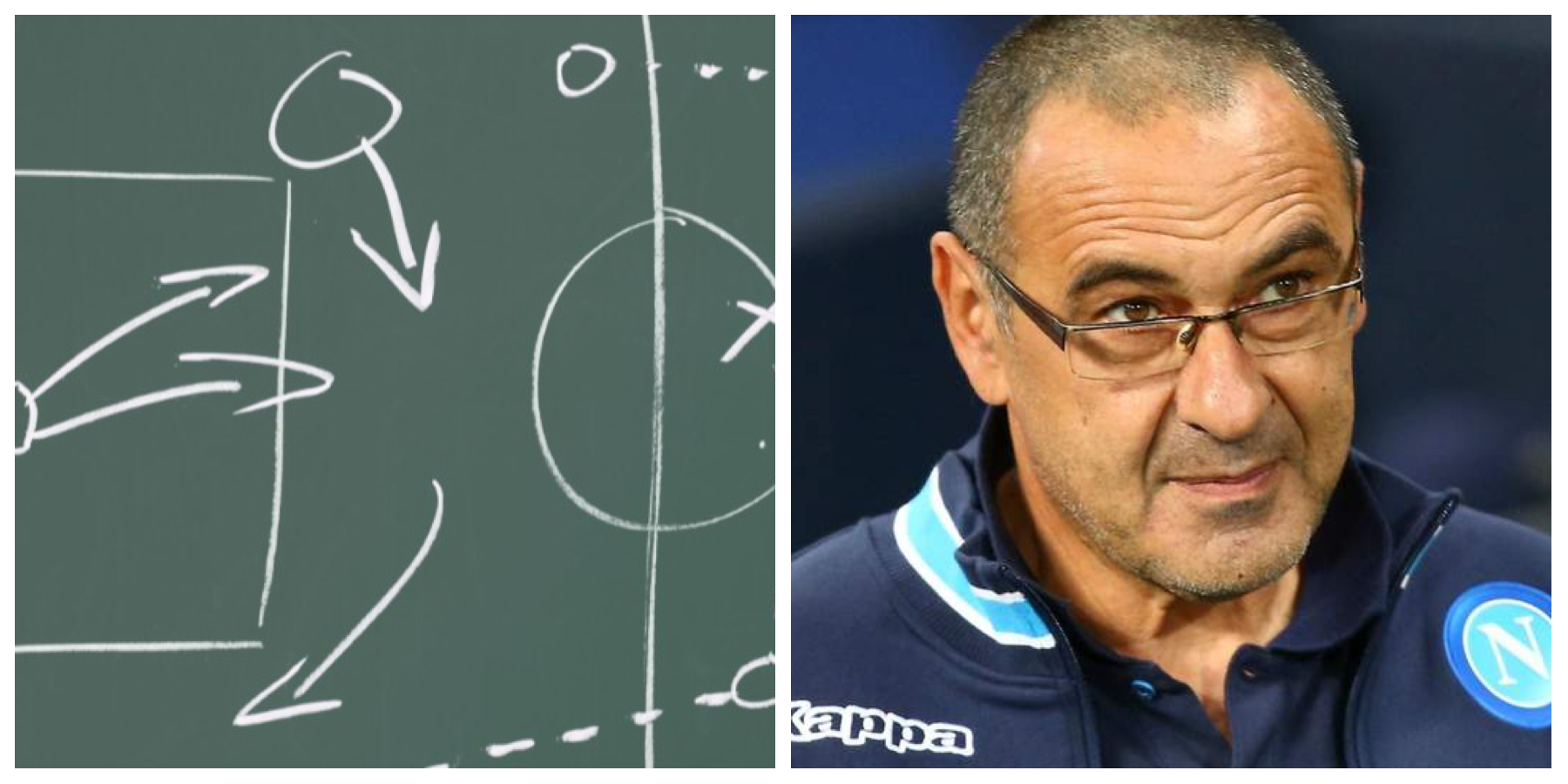 “And if you don’t want to, or simply can’t, lift big, then you can at least lift smarter. You can get a really good-quality work-out without taking the gas out of your legs.”

The athlete - who also works full-time as a physio in private practice and at a hospital - said 2019 was his best year in terms of injury, which was probably why it was also his best yer in terms of results.

“I only had three weeks of injury interruption over the entire season, which is low for a track athlete,” he said. “Being able to selectively train with lower loads using BFR while maintaining my gym work year-round has helped a lot.”

Clubs like Paris St-Germain use BFR primarily for rehab.

Beck agreed: “Coming back from minor hamstring tears, you can get really good strength gains in early rehab, without having to risk re-injury with high loads.”

Javier Ruiz, fitness and rehab coach for Barcelona Basketball, told the Barcelona Innovation Hub: “From our point of view, the BFR framework offers the injured athlete a fundamental advantage - that of attempting to reduce the atrophy process as far as possible during the injury period.

"Training with BFR allows us to train and reduce the loss of muscle mass and functionality, which will be key, not so much in reducing recovery time but in adding quality to the process.”

Ruiz added that BFR “activates the pituitary gland, which releases growth hormone, which is key to the process of synthesising collagen, as well as increasing the number of satellite cells” and “there is also an analgesic effect, that still requires further research to determine its exact origins, but actually takes place.”

With BFR becoming more user-friendly, we might see the likes of AirBands becoming more widely used in football and among the general public as well.