Ben Lyttleton: Have England learnt their lessons on penalties? 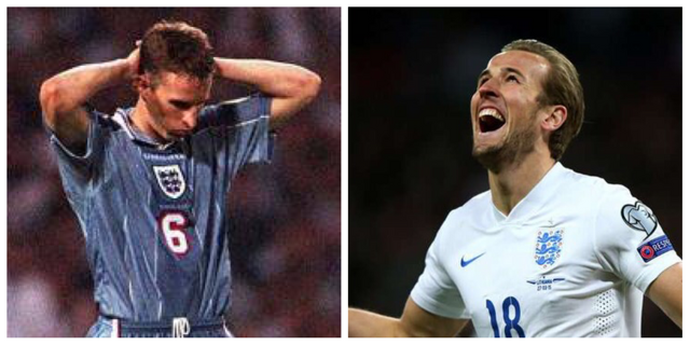 COULD England finally win a penalty shoot-out at the World Cup this summer?

Noises from the England camp seem positive so far: coach Gareth Southgate has spoken about the need for England players to take their time before striking their penalties, while goalkeeper Jordan Pickford has revealed the players have been practising the dreaded walk from the centre-circle.

These are both key elements from my book Twelve Yards: The Art and Psychology of the Perfect Penalty. England have the worst record of any major international team when it comes to shoot-outs. Going into Russia, England’s record reads: played seven, one won and lost six. So it’s no surprise that even before the group stages have kicked off, the England camp are already thinking about penalties.

While researching Twelve Yards, I learned that the regular excuse of England coaches in the past – that penalties are a lottery and that you can’t train for them – was nonsense. There are ways to gain an edge in a penalty shoot-out. Here are five things England need to consider:

The team who kicks first is more likely to win, because the conversion rate for penalties ‘to stay in the shoot-out’ drops significantly as pressure increases – it’s only 44% conversion in World Cups. The new ABBA format mitigates against this advantage: the first 34 ABBA shoot-outs produced 17 winners from teams kicking first, and 17 from those kicking second. It was a surprise when the IFAB vetoed its use in this World Cup.

In the past, England players have rushed their penalty kicks – a sure sign of stress. Based on analysis of reaction times from the referee blowing his whistle to the player beginning his run-up, English players wait an average 0.28 seconds, quicker than any other nation. By way of comparison, Usain Bolt’s reaction time is 0.18 seconds. Just think of Cristiano Ronaldo’s last-minute penalty against Juventus (and his winning penalty against England in 2006): before his run-up, he took a deep breath and composed himself. No rushing.

Studies have shown that if a player converts his penalty when the scores are level, and celebrates with one or two hands raised over shoulder-height, his team is more likely to win the shoot-out. Psychologists believe that emotional contagion of body language is a significant factor and that celebrating increases pressure on the next kicker. It’s also helpful to hug a player who misses as it sends a message of unity to his team-mates who might fear a negative reaction if they do the same.

4. GET THE ORDER RIGHT

It is the coach’s responsibility to select the right players in the right order. If the coach wants to let the players decide how they feel and when to kick, then he is essentially abdicating his role. Studies show that it pays to put your best kickers first and fourth; the danger of going fifth is that, as Cristiano Ronaldo found out to his cost at Euro 2012, the shoot-out might be over before then. Lionel Messi always kicks first for Argentina in shoot-outs.

The hardest penalty-kick to master is the Goalkeeper-Dependent method, which is when the kicker waits for the goalkeeper to make the first move and then rolls the ball in the other direction. The more important a penalty is, the greater the probability that a player will shoot Goalkeeper-Independent, which is picking your spot and hammering it there. Over time, the Goalkeeper-Dependent method is more successful. In World Cup matches, fewer penalties are placed and more are blasted. Just make sure your players know beforehand what type of penalty they plan to take.

Ben Lyttleton is the author of Twelve Yards: The Art and Psychology of the Perfect Penalty, and is a penalty consultant to clubs and national teams