Bayern's players looking at the huge videowall during Wednesday's session

BAYERN MUNICH used a huge videowall at their training ground for the first time on Wednesday ahead of their final Bundesliga game of the season on Saturday.

Manager Julian Nagelsmann used the giant screen, which was located at the side of the main training pitch, to show his players what he wanted to do in the final tactical session. He also showed slides with key messages.

The German has long been an advocate of the technology, having pioneered the use of a videowall when he was at Hoffenheim in the summer of 2017. He continued to do so at his next club, RB Leipzig. 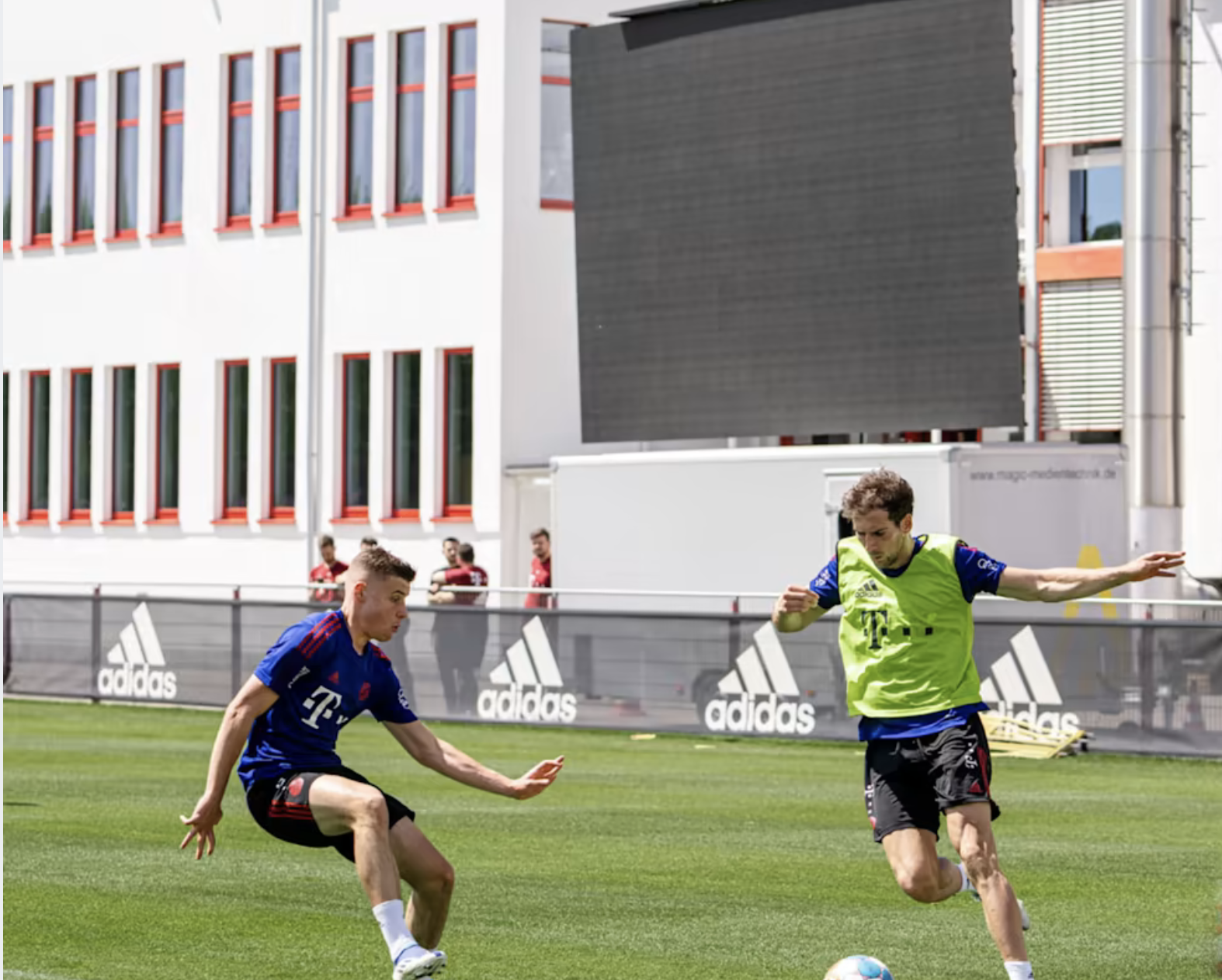 The screen enables players to learn in the moment and ‘correct and move on’, with the general principle being ‘the bigger the better’,They can be particularly useful for viewing set piece moves before players have to enact them.

Nagelsmann was using Hudl’s Sportscode on the screen. The Meeting Organiser function enabled him to use keynote, animated images, video and telestration and he was able to screen mirror from a Mac. Hudl helped the German manager to develop the workflow at RB Leipzig.

This is the first time he has used the videowall at Bayern, where he took over last summer. The club won the Bundesliga title last month - their 10th in a row - with three games to spare.

Several teams in England also use a videowall in training. Bristol City were one of the first to do so, launching theirs in 2019 after Lee Johnson had visited Germany to look at Hoffenheim’s. 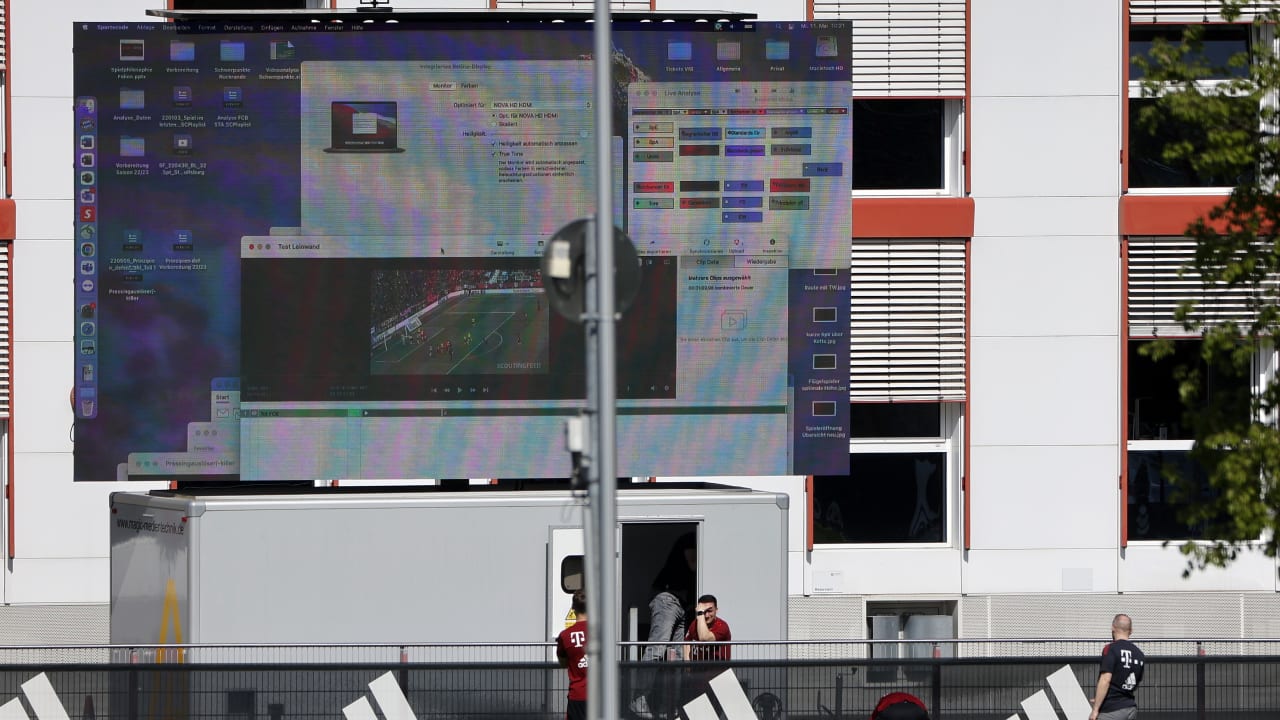 However, the Championship have stopped using their giant screen under manager Nigel Pearson. Manchester City have several giant screens at their training ground and Manchester United also have one.