ARSENAL have sacked Under-23s coach Steve Bould after two decades on the coaching staff at the club.

The 58-year-old became an Academy coach for the Gunners in June 2001, having been a legendary player for them from June 1988 to 1999. Bould became manager Arsene Wenger’s assistant in May 2012, before returning to the youth set-up in June 2019 as Under-23s boss in a job swap with Freddie Ljungberg.

He was informed of his sacking at a meeting with Academy Manager Per Mertesacker on Friday. The club are yet to make an official announcement about it and are not commenting on the story.

Arsenal finished 10th in Premier League 2 Division 1 this season, but have a very good record of transitioning players from the U23s to the senior side in recent seasons, with Emile Smith Rowe and Bukayo Saka leading the way.

This season (to May 20th) Arsenal were fourth in the Premier League for homegrown players according to the CIES Football Observatory, with 19.8% of their minutes going to club-trained players (those who had played at least three seasons for the club between the ages of 15 and 21).

It is not clear who will take the U23s job now, although Bould’s assistant, Ryan Garry, will be a contender, as will Ken Gillard, who is currently in charge of the U18s. There was due to be a reshuffle of roles next season anyway, with Dan Micciche moving from the U15s/ U16s to take the U18s. 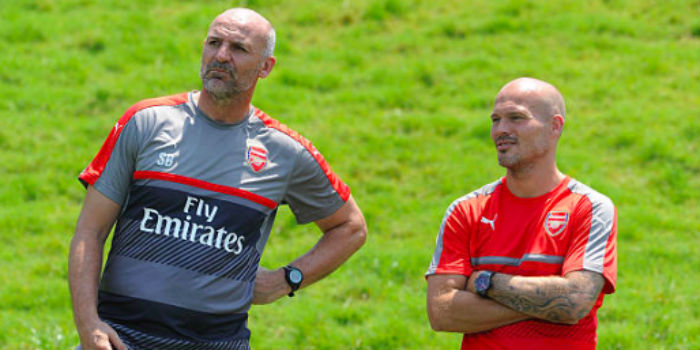 The decision to sack Bould will be controversial, because of his legendary status as both player and coach for Arsenal, with more than 30 years’ service under his belt.

Midfielder Jack Wilshere, who was with the club for 17 years from the age of nine, recently said: “One thing I will say is, from when I was there, there are a lot of people who are not there any more. In my eyes they were proper Arsenal people who had been there for us.

“I’m not just talking about the obvious, like Arsene Wenger, I’m talking physios, staff around the place, who know what it means, who know what the fans want and can relay that to the people in charge.”