Altman had been with Swansea since December 2016

DAN ALTMAN has stepped down from his controversial role as Senior Adviser for Football Operations at Swansea City after almost two years.

The American, who is a Harvard graduate with a PhD in economics, was brought in by Steve Kaplan and Jason Levien following their takeover of the Welsh club.

He acted as a ‘final filter’ on transfers, with Kaplan explaining, “What analytics allow us to do is have another check, another thing to look at to try and ensure we are not making a mistake. Mistakes are too costly for a club like ours.”

However, lots of mistakes were made on the recruitment side and the Swans were relegated from the Premier League in 2017/18. Altman has been much less involved since the arrival of Graham Potter as manager in the summer.

One of the first things Potter did after arriving in south Wales was to overhaul the club's recruitment structure and bring in Kyle Macaulay, his former assistant at Ostersunds, as Head of Recruitment.

Altman was Head of Strategy for Kaplan-Levien Sports since December 2016, and has also served as Senior Advisor for Soccer Operations at the duo’s other club, DC United, since January 2017. Inspired by new recruit Wayne Rooney, the team have just qualified for the end-of-season MLS play-offs. 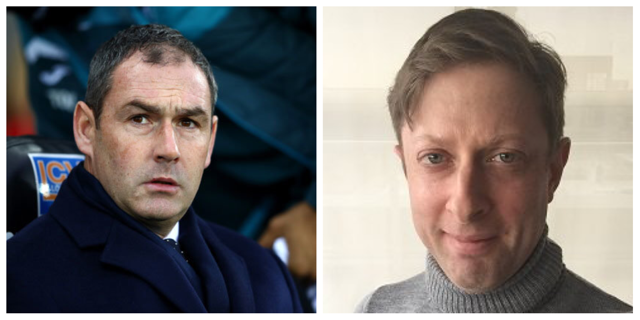 “What a way to finish up – Friday was my last day with DC United, and the team made the play-offs on Sunday,” Altman wrote on LinkedIn today.

“I bowed out from Swansea City Football Club the previous week. So what's next? Now I'm focused on NYK Capital Management, but I can offer short-term consulting on recruiting, tactics, and long-term planning in advance of the January window.”

Altman set up North Yard Analytics - a ‘vehicle for statistical analyses of soccer and other professional sports’ - in 2013.