All Blacks get boost from ballet

THE All Blacks have been getting inspiration from an unusual source as they prepare for their upcoming series against the British and Irish Lions.

"Ballet, a lot of it is how they lift and that correlates to lineouts and kick receipts," he said.

"Every year you have to be better than last year, otherwise you shouldn't be here. I look at other sports to try and upskill myself. In the past I've been to sumo wrestling in Japan and in America to the New York Giants, Knicks, Yankees and Pittsburgh Penguins.

“This year I went into cage fighting on the Gold Coast, looking at at how they get an opponent off them when they are pinned to the ground.

“Tom Walsh the shot putter looked after me for a day and last week I was with a volleyball coach. I’m always thinking, ‘how can I learn new skills and transfer them to my players?’

“There is always correlation if you're open minded and a wee bit left-fieldish."

Cron, who joined the All Blacks as scrum coach in 2004 before taking over from Mick Byrne as forwards coach in 2012, has re-signed with them until the end of 2019.

After that he will step down from the national side to focus on developing the country’s up-and-coming coaches. He said humility and accountability was crucial to the success of the All Blacks - and that it started at the very top, with head coach Steve Hansen.

“You can always tap on Steve's door and have a yarn,” Cron said. “To be honest, he'd be the first guy to put his hand up if he made a slight error or mistake or misjudgment. I think that's great. 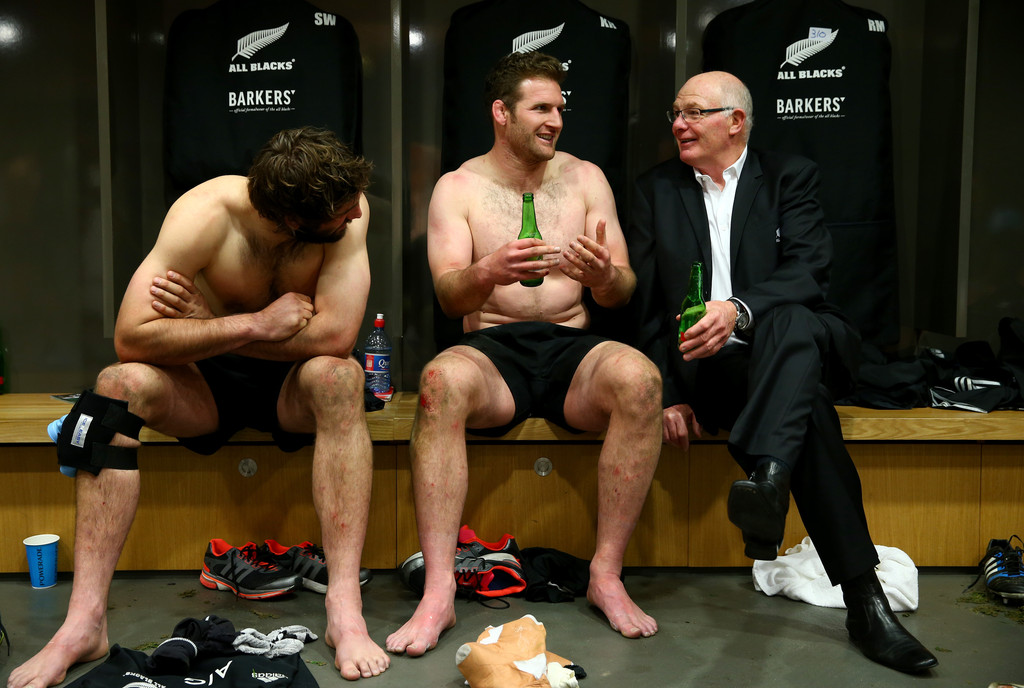 "We're pretty tight-knit. At the end of the day we're here to make our players better and be the best they possibly can."

Cron also said the athletic quality of the young players coming into the side had improved dramatically since he first joined.

"Since 2004 to now, the young athletes we get in are far, far better than we had when we started," he said. "They're far more professional, obviously because of the different era, but they come in and understand mental skills, the diet side, how to interact with the media and public, how to do their homework. They're an absolute credit to either their parents, schooling, or [previous] coaches, whatever it may be.

"We've got some outstanding young talent and I can only assume it's the same for netball, hockey, or football and if that's the case it's great for our country.”