LUKE THEAKSTON is only 28, but he's already worked in Hungary, Holland and China as he seeks the experience to advance his career. The coach and sports scientist, who is currently in Shanghai, told TGG what he's learned so far:


After a couple of jobs in England, I wanted to gain new experiences, to see football in a new environment and learn how things could be done differently. I did hours of research and stumbled across an advert for a summer position in Hungary as an assistant coach at the academy of Újpest Football Club. The club had been Hungarian champions 22 times, Cup winners eight times (now nine) and reached the qualifying stages of the Champions League.

The application process was like any other job, with one additional requirement – I had to send them a video demonstrating my coaching qualities. After clearing that first hurdle I met a member of Újpest’s staff in London for a brief interview. They outlined the responsibilities of the unpaid position in more detail: I'd be working predominantly with the Under-18s and Under-11s under the watchful eye of the club’s 'professional leader', Szabó György. Thankfully it went well and I got the job. 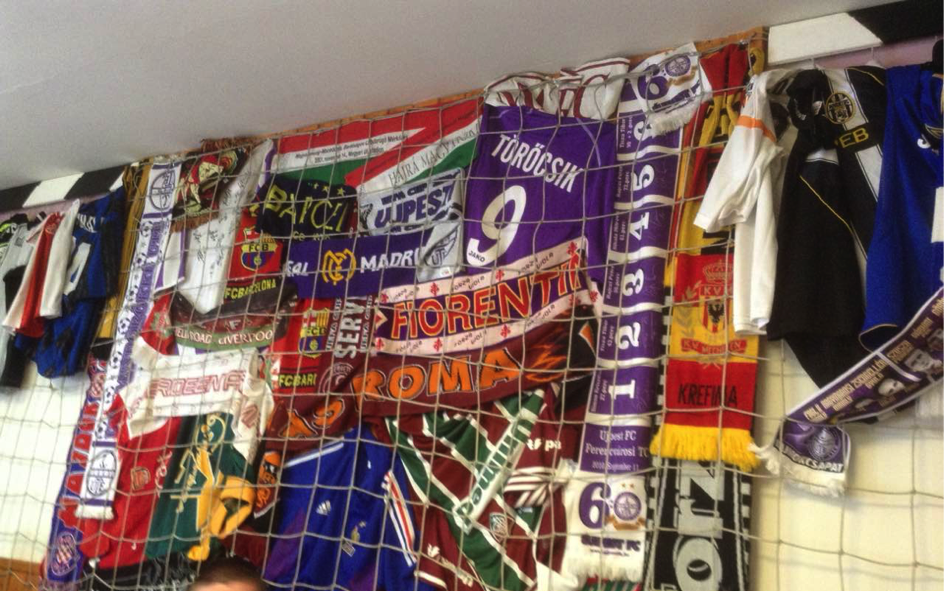 There were certainly challenges. There was no translator, so a large part of my responsibility was to improve the players’ English. This did enable me to learn more about body language and different means of communication. The hours were also extremely long and I didn’t know the culture or language, although I did pick up a decent bit of Hungarian as time went on.

And there were loads of good things. From day one at the club, I was welcomed like a family member. The training ground doors were open to anyone to watch, which is not often the case in Britain. The players looked physically younger than those in English academies, but certainly didn't lack in technical ability. And they were brilliant towards me, treating me with the same level respect and gratitude they showed the senior staff.

I remember one late evening on a pre-season camp when a number of the Under-18s knocked on my door and asked if they could play head tennis. They had already trained twice that day but still wanted to carry on playing football, because they loved it so much.

The club really looked after me, organising all the little things you might take for granted: arranging tour guides, cleaning my clothes and cooking my dinner. The dinner house was certainly a rich experience, run by extremely passionate fans right outside the entrance to the ground.

Szabó György was also a true gentleman; a man with Újpest and football firmly in his heart. So, all in all, what an experience! I relished the opportunity to work with some of the best youth players in the country while living in the beautiful city of Budapest.

I wanted to carry on working in football while I completed my Masters in Human Movement Science at the Vrije Universiteit, Amsterdam. So I submitted enquiries to several football clubs and got a placement at Under-17s trainer with Amsterdamsche FC (AFC for short), a team in the third division in Holland.

Two weeks later an email circulated at the University saying there were two internships available at the legendary Ajax as a sport scientist. I Google translated the email, applied in English and got an interview. It went well and I was offered an internship for the latter part of the 2014/15 season, which I was understandably thrilled about.

Those ensuing months certainly taught me how to manage my time extremely effectively! I juggled classes and writing my thesis; coached at AFC, as the U17s reached the Eredivisie play-off final (which we lost 1-0); and worked at Ajax. I was responsible for testing, monitoring and screening the whole cohort of players attached to the club, which included the first team (male and female), reserves and academy. In a position like that, you have to be open, adaptable, diligent, organised, proactive, and innovative. Communication and team work were paramount.

What soon became clear was the close affiliation that both players and staff have for the club. There were club legends working there - Frank de Boer, Edwin van der Sar, Marc Overmars, Jaap Stam – and this engendered a special attitude and commitment. The attention to detail of all of the staff also showed why it’s one of the most successful clubs in world football.

After the internship, I got a paid contract based on 32 hours per week for the 2015/16 season under Gavin Benjafield, the High Performance Manager/ Head of Sports Medicine and Science. All in all, it was an unbelievable experience.

After Ajax, I wanted to focus more on coaching. The growth of football in China was of great interest, so I researched and contacted as many people there as possible. In the end, it was a link with a British club that helped me to get an interesting project.

The role as Technical Director of Football is to establish and oversee a development programme for the Under-9 to Under-17 age groups (male and female) in the Shanghai Putuo District, with Shanghai Jinshang. The development programme is aimed at both the elite-selection teams and schools football. This includes nine elite squads and 43 co-operating schools. The role also requires identifying and training local Chinese coaches through workshops, as well as recruiting local talent. 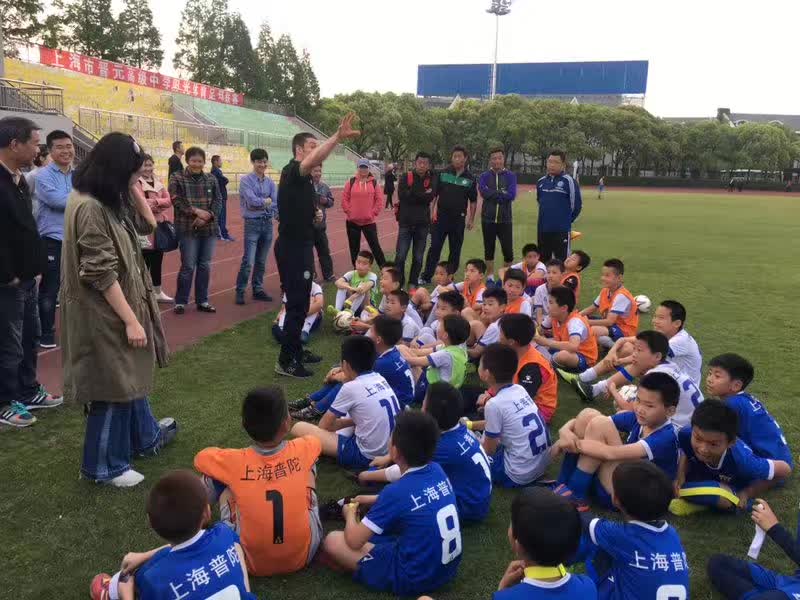 I’ll start by briefly outlining my first few days. I landed at about 7am on day one and was driven by my translator and another colleague to my new home. It's in Shanghai, but still a 90-minute drive from the city centre, which gives you an idea of how huge the place is. As soon as I dropped my bags off and showered, I was straight into the process of opening a bank account and sorting out a new phone number. After that, it was to work. Worst of all, I was booked in for a medical the following morning (medicals are required if you want a working visa in China), followed by further meetings.

Working in football in China is certainly challenging and unlike anything I‘ve ever experienced before. You can have a plan one minute and then things change, so you have to be dynamic. Sometimes the changes don’t make sense, but you have to be professional and prepared for the unexpected.

Here, perhaps more than in England, age and trust is highly regarded. Being young and new, there was some apprehension about me to begin with. But in time, trust and understanding developed. It was essential to build relationships, to understand the culture and make subtle improvements to the way I work.

As for the lifestyle, of course there are differences. There is very little information in English, so you need help from others (and to try and learn a little of the language yourself). Meal times are a big part of the culture - a time to relax, have meetings and engage with friends, colleagues and family. I’ve tried a few new foods - grasshopper, scorpion, snake and cow’s ligament to name just a few! The weather is also different to your typical English summer, because it’s extremely hot and humid. I'm certainly enjoying my time here though. The children and coaches work really hard, which means you have to meet their needs and demands.

Anyone looking to come to China should do as much research as possible - not only about football, but about the job (and location); the potential employer; and the differences in culture and how this may impact on your work plan. Learn what your employers really want and try to adapt accordingly.

A lot of high-quality individuals in the UK struggle to find positions after obtaining their qualifications. They pay thousands of pounds and a lot of time to invest in their future (university, coaching qualifications etc). Work experience is no different: you need to invest time to enhance your working knowledge and experience, even if it is free or volunteering. I spent more than three years working for free or very little in order to gain the experience needed for my career. This is invaluable and can set you apart. All the reading and courses in the world don’t prepare you for working in real-life football: you always need to apply and adapt what you’ve learnt.

With this in mind, I’d have no hesitation recommending working abroad, because it offers so many different perspectives and challenges. A word of warning though - be selective. Talk to mentors, tutors, lecturers and more experienced practitioners, because working abroad is not easy. Moving away from family and friends and not knowing a language or culture is hard. So make sure the position is right for you and provides an opportunity to learn and develop. No two clubs are the same and each has its own unique style.

Be ambitious, have an open mind, never give up and be prepared to make sacrifices. Have short-term working goals, but remember your career is a marathon, not a sprint. Ensure you are willing to learn, reflect and adapt. And even if you’re thousands of miles from home, stay in touch with those who helped make the journey possible in the first place.