FOR the legion of recruitment analysts now working at Premier League clubs, the story of Ali Dia must sound like elaborate make-believe.

If you don’t know the tale, Dia was an unknown who bluffed his way into Graeme Souness’s Southampton side on the back of a phoney phone call from his ‘cousin’ George Weah in 1996.

Dia's performance off the bench was so bad it led to the sub being subbed, and afterwards Souness admitted “a player I’ve never even seen, let alone watched in a game, was able to play in the Premiership.”

This would never happen today, especially not in the Premier League, where clubs have immediate access to thousands of video clips of players. If you want to watch a left-back from the Mexican Second Division, you can do it; in fact you can watch a selection of clips of the left-backs crossing the ball.

Birmingham-based Scout7 is billed as football’s 'leading provider of scouting and recruitment solutions' and has clients including Chelsea, Everton, Tottenham and Swansea. They gave me an in-depth look at their system: 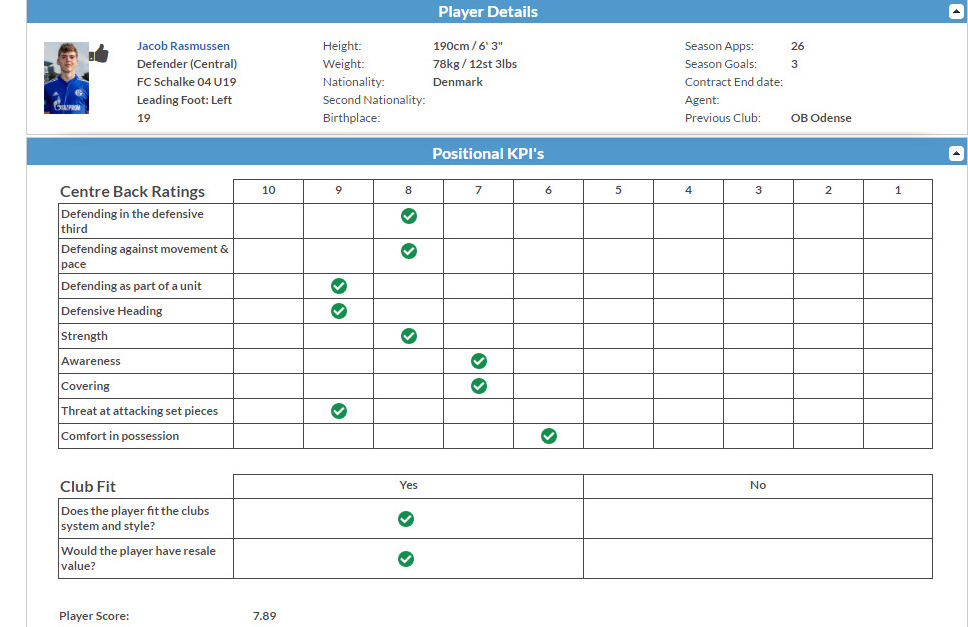 Managing Director Lee Jamison, who set up the company in 2001 after realising how technology could revolutionise scouting, created a standard report template with the help of the late Graham Taylor.

“I can remember spending a morning at Moor Hall in Birmingham with Graham,” Jamison told TGG. “He spent three hours with me, helping to put together our standard scouting template, which we still use in our system. He was tremendously helpful, especially considering that I was someone starting out in business.

“One of the questions he advised us to include was 'is this player featuring in a big game?' It was great advice, because you can tell so much more about a player if it's an important, high-pressure match they're featuring in.”

The clubs now develop their own bespoke templates, such as the one above, set around a series of KPIs (key performance indicators). Typically, each KPI will be assigned a score from one to 10.

Once the reports are in, the platform collates them and enables searching - by team, player, scout and so on. There is also a planning function, which allows a Head of Recruitment to see what his scouts are up to. The calendar view includes the upcoming flights and matches for each scout.

Tim Henderson, Head of Technical Player Recruitment at Swansea City, says: “It’s important to monitor the flow of information that comes into the club - which can be very large - and Scout7 enables us to do that.” 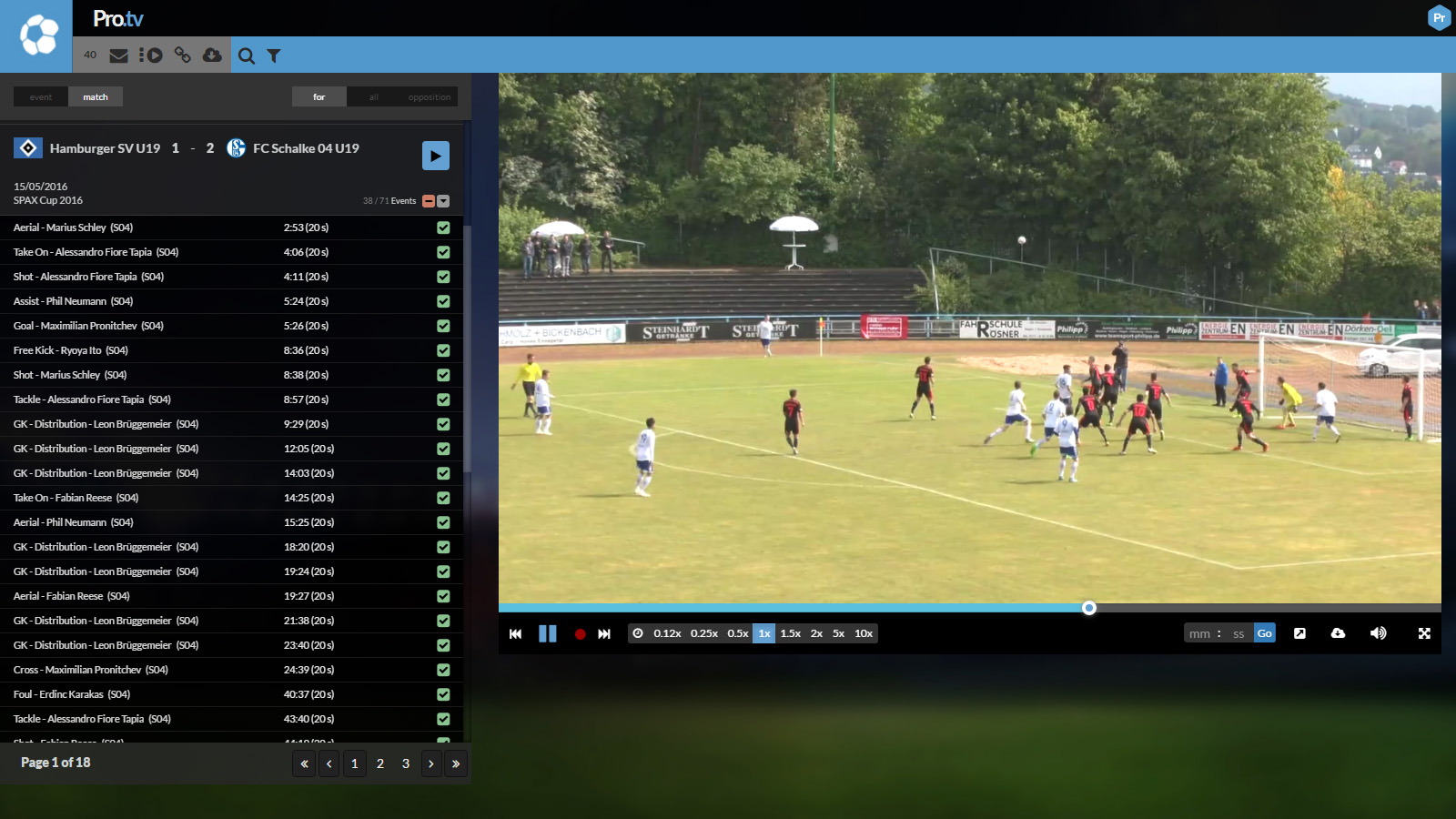 This is where the software really comes into its own. When Scout7 was set up, mass-scale video didn't exist. Now the company has seven video centres dotted around the globe processing 550 games a week.

Videos typically take up to 45 minutes to process and will be available on the platform within two hours of the final whistle. By the time a Head of Recruitment arrives home after a match, the footage should be available on their laptop or iPad, in HD. Often the coverage will also be multi-camera.

The footage, produced in conjunction with Opta, can also be extremely useful for coaches and analysts. They are able to send clips to manager or player following a match to highlight a particular aspect of play. Or they could put together a playlist on the eve of a match - for example to show a centre-forward what their potential marker typically does on set pieces.

The software allows the user to filter clips down to particular elements of a game, such as ball recovery, clearances or aerial challenges. A whopping 75 competitions are covered, all the way down to youth level.

There is a comprehensive database, including a player's match history, height and weight, and agent.

Clubs can also compile shortlists of potential targets, presented on a formation graphic, which can then be presented to the club's sporting director or the board.

Henderson adds: “The scouts will be aware of the types of players we are looking for in a particular position. Scout7 helps us to organise that. We also always find the list of out of contract players particularly useful, with players like Jack Cork and Andre Ayew having joined in the past, so I’m always asking for that as quickly as possible."

The system doesn't come cheap, with prices ranging from £10,000 a year up to £100,000 for the full package, which would include up to 300 individual logins, in-depth information and an extremely bespoke service.

Swansea chairman Huw Jenkins says it's essential though. “Without Scout 7, we wouldn’t have moved forward as fast as we have,” he insists. The firm now has four offices and almost 40 employees, with account managers in the main markets of France, Italy, Belgium and England, as well as North America, Asia and Africa.

The clubs say it's improved their recruitment process, although fans of the surreal will be disappointed it's made another Ali Dia impossible.